As delays continue to plague the rollout, here are some of the things we still don’t know about the role of the consultants...

Multinational consulting firms are making millions from a vaccine rollout experts are calling an unmitigated disaster. But we have no idea what advice they’re giving.

Crikey asked PwC, McKinsey and the health department about the work that consultants were doing on the vaccine rollout, and whether they bore any responsibility for its slow progress.

Both McKinsey and PwC declined to comment last week. Health got back to us at 4.49pm on the eve of the Easter long weekend.

The department insisted it was not behind on the rollout and refused to provide a list of the private consultants involved in the vaccine rollout.

It said the government was spending $600 million to support vaccine delivery as part of its $6 billion COVID-19 response. But it would not say how much of this was going to private consulting firms, and would not reveal the value of contracts with private consultants, saying they were “commercial in confidence”.

The department also insisted the vaccine rollout has not been outsourced, saying it has procured services to “inform and support” the rollout through the provision of “expert knowledge and skills”. It said it had engaged a “dedicated partner” to provide probity and risk management support, but would not name the partner.

A spokesperson for McKinsey’s Australia operations last week declined to comment on the work the organisation was doing in the vaccine rollout. It did not respond to questions about whether its involvement in the French vaccine rollout, criticised for being too slow, had informed its advice on the rollout here.

PwC were even less forthcoming with details about its contract with the health department, saying simply: “We don’t comment on client matters.”

As delays continue to plague the rollout, here are some of the things we still don’t know about the role of the consultants: 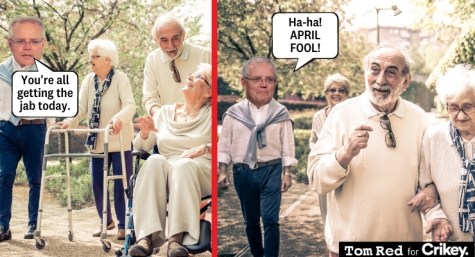 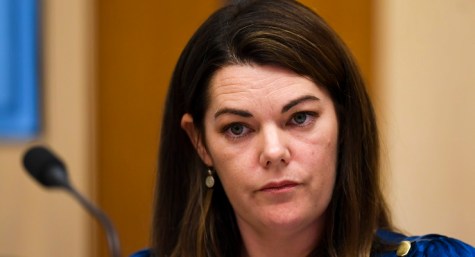 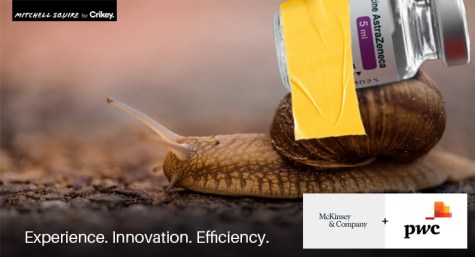 Whenever I hear the word consultant I ………

A consultant is someone without experience, expert knowledge, infrastructure or basic decency hired at exorbitant cost to provide cover for failure.

Great you’re continuing to pursue this. Feels like people are just the balls on the roulette wheel in the casino parliament we have for Mates of the government where even OH&S at work is gamed to enable and protect abuse.

It’s been a lovely time for a bit of Federal Government enabled corruption; inspired by the ever-so-corrupt and incompetent Brexit nutter Torys.
Long may we play apparently.

We want our tax payer dollars back. It is quite clear to any observer that the vaccination rollout is a shambles. And, the reasons are also quite clear.
Typically, the LNP needs to have some other interpretation fabricated by another organisation on the LNP funding teat. As the LNP has asked a sycophantic buddy to write the report we can all predict the report conclusions before pen is put to paper.
The whole exercise is indicative of the ongoing train wreck that is the current Federal Government. More public funding is being spent on rewriting history than fixing the obvious problems.

If Morrispin and his cohorts had not pretended that cutting the public service was good for the country and would be cost saving. Instead, because of his and his cabinets incompetence, they have to bring in ^consultants^ (how well has it gone having gas CEOs in charge of recovery?). This is, I think, the duds in the L/NP actually believe they are the smartest logs in the pile and, the fact that the people in the public service with decades of experience in running the country for whichever party is in power are actually more experienced and ten times smarter that this dumb mob an ever dream of being, scares the shit out of them – so they had to get rid of as many as possible, we now see the results of that idiotic decision and how much more it has cost the country because the current mob lack the intelligence to carry out any of the necessary work of a government. All this on top of Morrispin not actually wanting to do the job he’s paid for and would rather just pose for photographs and make announcements he knows will never eventuate. We have to keep in mind he thinks we are all too stupid to notice what he’s doing and, anyway, he expects we will forget by election time if he splashes some cash around. Election time should be changed to Bribe Time, which is always the Liberal way instead of real policies.

Well said! An experienced and competent public service would have started planning for a vaccine rollout when it was clear we were facing a pandemic, or even earlier. They would have had the processes, networks and personnel lined up ready to go. They wouldn’t have needed to pay private consultants large sums of money to do we know not what, they could have done it more cheaply and more professionally in- house. There would have been hiccups, there always are, but nothing like this incompetence.

I wholeheartedly agree. I was a public servant for the Commonwealth Department of Industrial Relations under Hawke and then Keating until I moved overseas in 1996. When I returned in 2006 Industrial Relations was a dirty word and nobody was any better off. When we needed extra policy development advice we got it from
Universities. Deep and heavy sigh.

Alas, I think Scummo’s perception of the electorate is accurate.
Not just its memory but greed and stupidity.

Not only did they get rid of a lot of public servants, they did it at great cost, offering redundancies to people approaching retirement age.

An expensive way to get rid of corporate knowledge, and prepare the Service for an influx of malleable and inexperienced new recruits. Who will do what they are told without question.