Vaccine blame-shifting and distraction, or just a colossal policy failure — which is it?

The government can't blame Europe for its vaccine rollout debacle...

After its attempt to blame the states for its increasingly disastrous vaccine rollout backfired spectacularly last week, the federal government is now trying to shift the blame to a party whom it thinks is less likely to bother fighting back: Europe.

Littleproud was the designated attack poodle sent out last week to help the government’s effort to blame the states, only to end up getting humiliated by Queensland Deputy Premier Steven Miles.

But the Blame The Foreigners campaign doesn’t hold water. Or, if it does, it’s a remarkable admission of policy failure by the government. 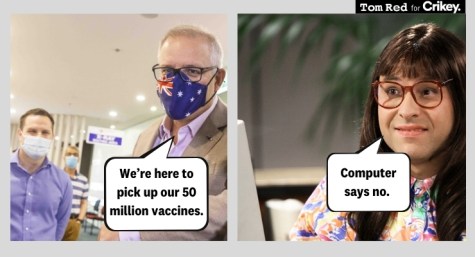 There was no surprise that the EU slapped export bans on vaccines. In fact, it was entirely predictable — and was predicted, by the government’s very own COVID quarantine expert, Jane “Crown Overboard” Halton, nearly a year ago. Warning of “vaccine nationalism”, Halton said “the urge for domestic priority, I think, will be very significant … At the moment, we’re all in it together. As soon as there is a vaccine, I fear that we … may not be quite all in this together as we have been”.

The deputy chief medical officer was specifically asked at the time about his response to Halton’s comments. Paul Kelly airily dismissed the concerns, saying he hoped it wouldn’t be a problem. Asked explicitly to “rule out a country developing it and it being hard for us, at least at the beginning, to have that available for Australians?”, Kelly replied that he couldn’t, but that “we’re lucky here in Australia that we do have a vaccine-making capability. We have fantastic vaccinologists and virologists and others working on this in terms of our academic institutions; the CSIRO, the University of Queensland, the Doherty Institute, and many others. So we may not win the race, but we’re part of the race, and we will be looking to develop a vaccine here in Australia”.

So the response of the government, fully aware of the threat of vaccine nationalism nearly a year ago, was its own nationalism — that we’ll develop and make our own. As we know now, that hope ended in December when the quest for an Australian vaccine was abandoned (it’s an interesting question of whether the government would have imposed export controls on an Australian-developed vaccine to avoid any political damage from being seen to vaccinate foreigners ahead of all of us).

Any policymaker with the slightest curiosity wouldn’t have needed Halton to warn of vaccine nationalism. European countries had already slapped export bans on PPE gear and drugs for treating COVID from March last year. What, precisely, did the government think was going to happen if a European country manufactured a vaccine there?

So for most of 2020, the government was fully cognisant of the issue of export bans on vaccines, and yet failed to incorporate the risk into its planning around its own vaccine rollout — even after December and the end of the vague “Aussie Aussie Aussie Oi Oi Oi” hope that we’d win the race to develop a vaccine. As Scott Morrison famously told us in September, we would be at the “top of the queue” for vaccines because of the brilliant deals being struck by the government — even when one deal turned out to be fiction.

Littleproud is now claiming that the government was taken by surprise by the actions of the Europeans, that it can’t be held accountable for the rollout debacle because the Europeans have unpredictably cut off the supply of vaccines, when the government itself was saying it had that problem covered 11 months ago.

At best, it’s a remarkable failure of policymaking — one that is now having dramatic consequences for the nation’s health and our economy. Was the government’s policy simply to pray we got an Australian vaccine up and make no contingency plans for being affected by a problem everyone knew about if we couldn’t?

Or is it just trying to distract from its own failures again?

Ending hotel quarantine is critical but it shouldn’t distract attention from the only show in town: vaccination 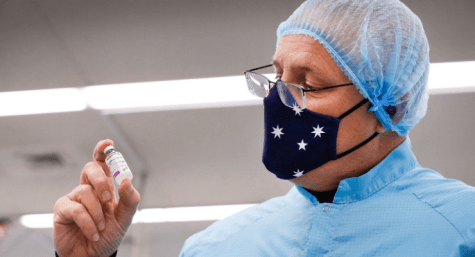 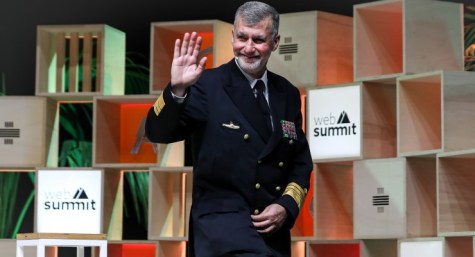 All of the above

We’re all in it together messaging falls flat when unexplained delays are the fault of anybody else but the Dept of Health and the Morrison government. Why can’t we have a clear explanation of exactly what is occurring, why delays continue to occur and a coherent explanation of the ramp up strategy with weekly targets that will be achieved?

That “all together” excuse : the naked opportunism reality?
Who didn’t want to “wait their (Merkelesque) turn” to get vaxed – using the excuse “To show that it’s OK”, for photo-ops of them getting it?

“All together” is like “all being equal” with the proviso that certain people are”more equal than others”. I did love the spirit of the lady vaxed at the same time as SfM and her version of the “how good is that” V sign. Now that was good.

And SmoKo showed how he deals with uppity women by grabbing her frail hand & fingers to cover and push them out of camera view.
Like the pregnant bushfire victim in Cobargo, NSW in 2019.

I think you are asking for far too much, Jim. This lot have a hard time separating Tuesday from Wednesday.

The Minister C..Hunt apparently did not put in ‘the applications’……..spin spin spin.

Little old communist Cuba showing us up for the dumb schmucks we truly are. 3 home grown vaccines, 2 in stage 3 trials plus they have shipped off teams to help in 40 other country

And Russia now has 2 vaccines with a third on the way – their first one, sputnik V, that was decried in the west is, apparently, one of the most effective…..but……..politics!

Geo politics mean basically whatever is from our “enemies” is suspect. No matter how good that product may be to aid the world with this pandemic. The USA will never forgive Cuba for not adhering to USA “interests”. Same for Julian Assange. Politics all the way, even to hell.

So true Iloydois, thanks for the link.
However Cuba is a socialist not communist country with a majority Catholic population. We enjoyed touring there last year.
All this achieved whilst enduring over 60 years of embargoes placed on them by the US, while all we do is grovel and roll over to America, compromising our sovereignty in the process.
To think that we once owned CSL until the Keating Labor government privatised it in 1994, jeopardising its Community Service Obligations in the process.
Nothing like a pandemic to realise the value of what you no longer own and control!
Then we have the spectacle of Morrison giving Seqiris, (a subsidiary of CSL with a market capitalisation of $140b), $800m of our money to build new facilities at Tullamarine.
Talk about ripping up the capitalist mantra of – capitalise your gains and socialise your losses.
It looks like the only thing to let rip will be shareholder value of CSL?
Thank you Cuba !

“Then we have the spectacle of Morrison giving Seqiris, (a subsidiary of CSL with a market capitalisation of $140b), $800m of our money to build new facilities at Tullamarine.”

The mythical ‘free market’ at work?

I was in the USA in 1980 when Castro let Cubans who wanted to leave for the USA permission to go. Cubans were hijacking planes to get back to Cuba within weeks when they finally saw the reality of America rather than the fantasy presented by American propaganda. Viva Cuba.

Cuba has a fantastic education and research system, far superior to, ahem, Australia or the US. It’s all free too. Still under sanction from the US.

Maybe Morrison, and his cult cabinet are too busy trying to get their cult youth into our schools to indoctrinate our children into joining the cult, and all done undercover while we are distracted by the patchy delivery of the vaccine.

Never trust that Morrispin doezn’t have some sleazy plan going to keep himself as PM for life, and of course it’s a plan Houston would be only too happy to go along with.

How redolent of Trump has Morrison been in the approach to all of this? Empty nationalistic boasts, and lies about things happening that simply aren’t happening. There are many differences in style between the two, but their idea of governance has the same underpinning of unreality. More and more these days, it seems that Morrison is so befuddled by his own lies and tricks, that he can’t tell the diff between saying he’s doing something, and actually doing something.

He thinks that ‘saying’ and ‘doing’ are the same thing.He confuses the two concepts because he has never ‘done’ anything.

“and actually doing anything constructive.”

It is true that he can no longer tell the difference between spin & reality but there is a more worrisome point.
He. Does. Not. Care.
Another day, another presser and tongue bath from Moloch’s myrmidons.

I think this is it in a nutshell. None of them does.

All of that, Agni.