Opponents have tried to call out this behaviour for years, including to the highest parts of the Liberal Party.

There are good reasons to think there is a lot more to come out about Andrew Laming’s behaviour during his 17 years as a Queensland MP.

That’s because the episodes that have pushed him into the political spotlight are not one-offs, but part of a pattern of behaviour his opponents say spread to every part of his conduct during his time as the LNP member for Bowman.

Even though Laming has had almost no national profile until this week, locals say he has made it his mission to be a dominant political force in the southeast region of Brisbane. 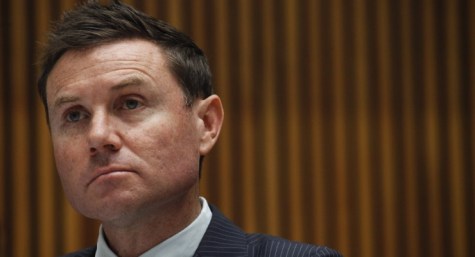 Crikey has been speaking to many of Laming’s political opponents who for years have tried to call out his alleged bullying behaviour, including to the highest parts of the Liberal Party.

Yet it’s taken a national movement against harassment of women in Parliament to finally bring down a person who many — on both sides of politics — contend should have been weeded out much earlier.

As more women come forward with complaints of online harassment, there’s also a growing body of evidence emerging of Laming’s disdain for the political system that made him an untouchable force in the region for so long.

Queensland state Labor MP Kim Richards, who is one of the women who has spoken out against Laming’s online harassment, wrote to former Morrison minister Mathias Cormann in 2018 urging him to investigate Laming’s use of taxpayer resources for state electioneering purposes.

In the letter to Cormann, who at the time was the special minister for state responsible for administration of parliamentary entitlements, Richards urged the government to investigate a mail-out sent by Laming during the Queensland election campaign period of late November 2017.

The mail-out invited residents to consider their voting intentions, and included a “Redlands report card” inviting residents to rate Richards’ performance in a number of categories, including “selfies and promos”.

Richards told Cormann the mail-out was “clearly for the purpose of party business and the re-election of the former LNP state member Matt McEachan” and urged the federal government to investigate.

The government banned parliamentarians from using printed material that is not for the dominant purpose of parliamentary business on January 1, 2018. Cormann said because these new rules had not yet come into effect, Laming was not in breach.

Similar accusations has been levelled at Laming before. He was one of three Liberal MPs investigated by the federal police in 2007 for alleged breaches of parliamentary entitlements, including printing allowances. But an inquiry cleared the three MPs prior to the 2007 federal election.

Richards has also accused Laming of harassing her online, including offering up a “$100 donation to your chosen charity” to help him identify people the MP was seen with on Valentine’s Day and depicting her in a cartoon with the name “Skimmy” — which she interpreted as an attempt to fat-shame her.

Crikey spoke to other women who had similar complaints.

Vicki Schofield, a Bowman resident who spoke out against Laming’s response to an asylum seeker campaign, said she was shocked when Laming incited hateful personal comments about her in the comments section of a post on his Facebook page, mocking an interview she had done with a local paper.

“Someone else made a derogatory comment about how I spent more time at the food hall, and he wrote a response like ‘you’re probably right’.

“For a couple of weeks I was pretty anxious I would be recognised from the photograph. There were hundreds of comments … It was just an out-and-out attack, and he encouraged it.”

*The story was amended to include Cormann’s response to Richards 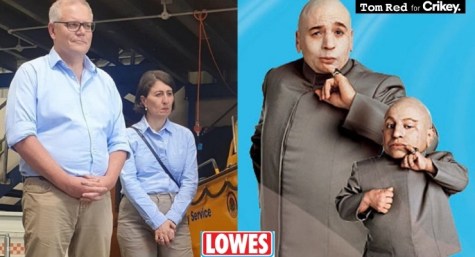 Is this a serious question??? Why is Lanning still an MP??? Answer is due to Morrison’s all consuming goal of retaining power (government). Everything ‘daggy dad’ does is aimed at retaining power. Any time Scumo is forced to change tack it is because he perceives that failure to do so may result in loss of power. Those who foolishly believe that Morrison gives even the slightest concern for women’s issues fail to see the forced tears and the rest of it as a desperate attempt to cling to power. Why he is even prepared to drag in and ‘use ‘ Jen and the kids as he attempts to project his ‘caring’ father/husband image.  As such Morison is a moral vacuum who will do anything, sacrifice anyone to achieve his own selfish ends. A pathetic little man bereft of any saving quality and totally lacking in moral leadership of any kind. The secret to a piece of work like Morrison is to observe his actions and occasional loss of control for that is when the true grubby Morrison emerges. The one good thing to emerge from all this is that female voters are starting to see through it and see him for what he really is. Unfortunately the male vote is holding steady for Mr Footy lover aka ‘your ordinary everyday male’ but no surprise here. The Cro-Magnon men who support Morrison would be bitterly opposed to any increase in the rights and freedoms of women especially since it would come at a loss to their position and so of course would support chief of the stone age tribe tribe.  Sorry if the Cro-Magnons who support Morrison find this is a bit above their stone age level of intelligence. .

As concise and accurate an assessment of Morrison as any produced by the “professional” journalists.

I’ll bet if Toyota brought out a “CRO-MAGNON” twincab ute, it would sell well.

100%. Have you noticed his media advisors have got him to ditch his baseball cap for a beanie? All image. No substance.

That is a bit of an insult to Cro-Magnon people, who created some quite sophisticated artworks. Scummo may be a bullshit artist, but his followers are unlikely to be capable of doing anything more artistic than blowing up caves containing rock paintings.

Because the Liberal Party selected him for each election, over the past few years, and his constituents voted, overwhelmingly, for him to represent them. It was a joint effort…. Where do you get hold of that grade of ‘gear’?

Laming is going to need every cent of that pension because I can’t imagine how any woman would ever go to him as a patient at his surgery.

No pension for Andrew, I’m afraid. Joined Parliament in 2004, and missed the chance, thanks to Mark Latham and John Howard (I never thought I’d ever write that sentence!)

In that case, there goes his chance of living the dream on an MP pension in Angeles City in Philippines.

The same old National Party with an L in front of it.

As in Qld’s “Liberal National Party” – a shot-gun marriage, made in devon, in reply to Beattie’s “just vote one” reform – which spoilt their previous long-standing cross-pollination preference deals.
Liberals take the townies and the gNats take the bush for a ride.

“Crikey has put questions to Laming’s office”
Good luck with that. I took up Sussan Ley’s suggestion of contacting his office if dissatisfied. I got a “You have called outside our normal business hours of 9am-5pm Monday to Friday”
It was 4pm on Tuesday!
I’m not going to repeat any of the stuff published recently, but, as a constituent, I can confirm that anyone locally who has been paying attention is wholly unsurprised. I struggle to think of anything positive he has achieved in 17 years, longer than most of the Cabinet have been in Parliament. Running multiple social media accounts, creating outrage, and interfering in State and Council matters don’t count as achievements.
Externally charming, but malevolently manipulative – a classic sociopath for whom empathy training will be a box to tick and then ignore.
I’d love a byelection now, but Scottyfromcoverups won’t risk his majority.
Hoping the ALP grow some balls and deny him a pair if he’s absent when Parliament resumes. There’s precedent (see “Craig Thomson”)