How will Labor handle the Andrew Laming scandal? Plus other tips and murmurs from the Crikey bunker.

No pair scandal In another example of what a free kick for Labor the ongoing Andrew Laming saga really is, manager of opposition business Tony Burke has hinted that the ALP may not grant the absent creeper a pair.

“We will consider all our options but Andrew Laming should not be a member of parliament,” he tweeted at the weekend, hinting that Laming’s absence for “behavioural training” will not require the same kind of delicate handling as Attorney-General Christian Porter’s mental health leave or Defence Minister Linda Reynolds’ heart condition.

All this follows Craig Kelly scarpering to the crossbenches, leaving Morrison perilously close to minority government.

Burke knows a bit about the denial of pairs. Back in 2012 he was forced to cancel a trip to the United Nations conference on sustainable development in Rio, when the Libs, then in opposition, denied him a pair over an issue it barely asked him about.

Any excuse In July last year we looked at the entirely unnecessary doxxing of two young women of colour, who travelled through Queensland from Melbourne and allegedly provided border authorities with false information, as a perfect example of the (often racialised) search for scapegoats during the COVID-19 pandemic.

Somehow going a step further, this past weekend The Courier-Mail (which initially ran pictures of the women on the front page under the headline “Enemies of the state”) found another completely gratuitous reason to plaster their pictures across its pages.

The context was the outrage aimed at a young man for allegedly holding a party while waiting on a COVID test result. This turned out not to be true, and the young man was only named when he spoke to the media about his experience.

That his anonymity was protected in a way the two young women’s wasn’t is one thing. But the choice to re-run photos of them (which we’ve chosen to censor) accompanying a story about the recent incident is staggering.

Men shut the fuck up challenge 2021 Long-time Adelaide radio host and wax figurine of himself Jeremy Cordeaux was sacked this morning after describing alleged rape victim Brittany Higgins as “a silly little girl who got drunk”, asking: “If this girl has been raped, why hasn’t the guy who raped her been arrested?”

Beyond the obvious paint-stripping awfulness of his comments — and the appropriate response from FIVEaa and Nova Entertainment in showing him the door — we would only observe that a guy who has a section of his Wikipedia page dedicated to “drink-driving” should maybe keep his trap shut on such matters?

Questionable ethics A report in this morning’s The Australian Financial Review about stockbrokers exaggerating the failure rates of an ethics exam as a lobbying tactic is an incredible example of self-defeating lobbying.

After the banking royal commission, the government introduced a mandatory ethics test for stockbrokers. Those who failed would be required to leave the industry.

Earlier this month, several brokers reported test failure rates were “through the roof” and that a mass exodus of experienced brokers was due at the end of the year. But government data that the Fin got hold of shows 50% of stockbroking firms achieved an average pass rate of 90% or higher.

To be honest, if you’re going to argue against the assessment of ethics in your industry, spreading misinformation about whether you’re able to pass that assessment possibly proves people are right to be keeping an eye on your ethics. 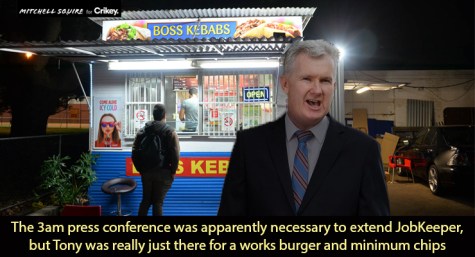 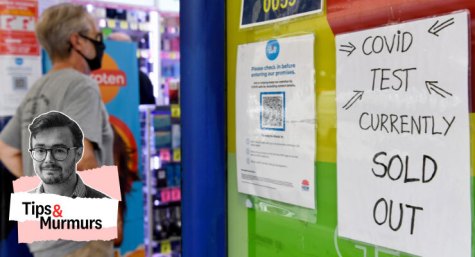 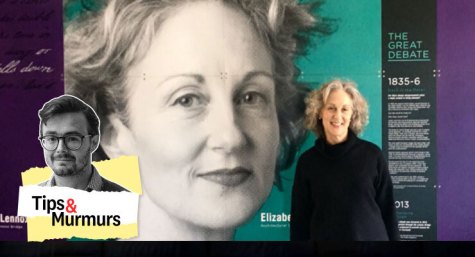 “…But government data that the Fin got hold of shows 50% of stockbroking firms achieved an average pass rate of 90% or higher.
To be honest, if you’re going to argue against the assessment of ethics in your industry, spreading misinformation about whether you’re able to pass that assessment possibly proves people are right to be keeping an eye on your ethics. ”

Hard to argue with that.

In other words: “How dare you question my ethics. I’m clearly of the asset stripping born-to-rule class.” Whoops…busted.

What happened to the other 50% of the firms?? Would love to see all the data.

And again, the Courier-Mail’s recycling – if it wasn’t for sh*t the Curry or Maul would be tasteless.

Perhaps I’m naive but isn’t the purpose of an ethics test precisely to weed out and get rid of those who can’t pass an ethics test? And if it’s doing that, isn’t it a success? What have I missed?

What is an ethics test anyway? Does it present hypothetical situations? Or does it leave $100 on the footpath or something?

Or does it test your ability to regurgitate the required answer regardless of whether you actually believe it to be true?

Don’t forget the Craig Thomson pairing experience either, would be interesting if they all rush out like they did with his vote, what a sight!

they won’t this is the COALition gubmint