The AEMO has declared gas consumption may virtually disappear because it can’t compete with renewables. So it’s little surprise that Liveris has popped up again.

Globetrotting billionaire and Saudi oil director Andrew Liveris is back to remind us all that gas is great.

This time it’s to push a code of conduct that he claims will revive the so-called “gas-led recovery” that Morrison was so keen to spruik last year.

Liveris’ latest intervention comes at a critical time for his beloved gas industry. A lot has changed since Morrison bet Australia’s future on gas last year. The mood in Canberra has shifted and a “gas-led recovery” has been widely discredited, including by the Australian Energy Market Operator (AEMO).

Today the AEMO released a statement saying gas consumption is likely to fall over the next 20 years and may virtually disappear because it can’t compete with renewables. So it’s little surprise that Liveris has popped up again.

Liveris claims a code of conduct will act as a springboard for the government to move forward on a gas hub and a controversial transcontinental pipeline to boost the industry — policies the industry has been pushing for for years.

In reporting the comments, The Australian described the billionaire as head of the government’s national COVID-19 commission’s manufacturing taskforce. But Crikey understands this role ended on September 22, 2020.

As Crikey has repeatedly noted, Liveris is deeply conflicted when it comes to his calls for a gas recovery. His personal fortune is heavily tied to the petrochemical industry — something that is frequently glossed over by the business press.

But the former Trump adviser is a master of spinning his personal brand to suit the politics of the day. He once famously told the former US president that he “tingle[d] with pride listening to him”, but in January he was blasting Trump for inciting the Capitol riot.

Last year he co-authored an opinion piece calling on Australia to “rid the seas of plastic” despite the fact that he served for 14 years as chief executive of Dow Chemicals, the world’s largest manufacturer of plastic.

Hypocrisy and spin aside, it’s clear which side Liveris’ bread is buttered on.

Liveris currently sits on the board of the Saudi government-owned Saudi Aramco, alongside senior members of the Saudi ministry. He is also a one-time senior adviser to the Saudi government’s Public Investment Fund, run by Crown Prince Mohammed Bin Salman, which is now being targeted by advocates for its role in the murder of journalist Jamal Khashoggi.

He also sits on the board of the global engineering and mining services company Worley, which has a clear and obvious interest in increased activity in the oil and gas industry in Australia and around the world.

But apparently all this doesn’t matter to some of the business journalists at The Oz and AFR, who are still happy to platform Liveris as an objective voice on manufacturing, no matter how conflicted he is. 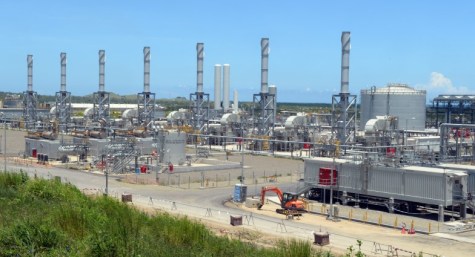 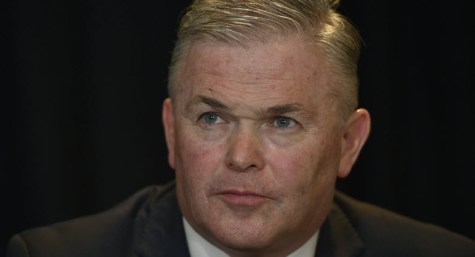 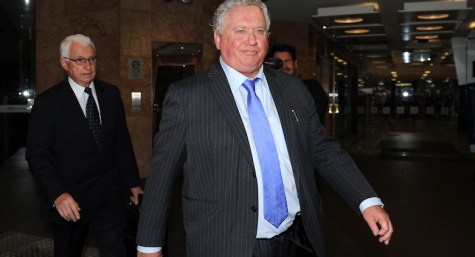 The afr is just a rag.
As bad as the “American”.
Corey is scomos chief “fluffer”.

Hated by this ex Darwinite. The gas industry has destroyed Darwin harbour.
This man also worked for Monsanto. Gas & poison. Made his billions from destroying the environment.
Lived abroad most of his working life. While making a fortune destroying things.

I hear the LNP’s latest green coal plan involves nuclear powered loaders and ships? Coalition begins with coal after all.

There was a chance 15 years ago for Gas to replace Coal and act as a truly transitional source for power generation, instead we oversold supply internationally and jacked up prices domestically to the point its uncompetitive.

Australia had a chance 50 years ago for nuclear to replace coal and gas for power generation. Had we made that intelligent decision, we would by now have a thriving nuclear industry, a community of nuclear engineers and technicians, an export industry for downstream processing and be a high-tech inspiration for the developing nations to our north. Sure, we would still have our ageing hippies chanting curses from the sidelines, but unlike their foolish technology, we would have the means to eliminate carbon emissions from our power industry by 2030.

Renewables wasn’t even around then, now it is. I feel nuclear is very much still a problem more than a solution for energy generation

The armaments indusrty are behind the push to keep nuclear power on the agenda, along with those who have financial interests in this dangerous & outdated technology. They pretend the waste doesnt exist these days, while at Fukushima, they are still trying to work out how to deal with the GROWING waste problem there.

Sadly for your wishes, there is a growing knowledge that nuclear electricity is very much more expensive that renewables.
Check out the British experience of Hinkley Point C – a decade late and grossly over budget and will produce the most expensive electricity in Europe WHEN it eventually comes on line.
Consider also the French experience at Flamanville in Normandy- double budget cost and a decade late>
The era of nuclear power has come and gone – killed by simple economics

Except for Russian nuclear energy, they are building them around the world.

A pity Peter Wotton that you failed also to factor in the costs of decommissioning ageing sites, for example like Sellafield in the UK?

Or mention the contamination at Fukushima, which is increasing with no SAFE solution in sight.

Would you really trust our politicians to run nuclear power or nuclear anything. They can’t even contain a simple virus.

Intelligent? 1950s technology. Fukushima mean anything to you? Had we gone this way, we would no doubt have had our own nuclear disaster by now. People like you with vested interests still like flogging this destructive industry that delivers to the military & armaments industries at the expense of the planet, while pretending to care.