Crikey readers take aim at private schools, tee off on Scott Morrison, and lament the future of the Great Barrier Reef.

In the latest edition of Your Say, Crikey readers advocate for inclusive, quality public education, show contempt for the prime minister and his “big swinging dicks” ministry, and lament the future of the Great Barrier Reef.

John Nightingale writes: My understanding is that the first few years of a principal’s tenure at more highly entitled and expensive schools is very insecure. The importance of the board of governors (or whatever it’s called) cannot be overestimated.

One example: a provincial but historic school in NSW had to replace its principal. It had a less-than-impressive HSC record over decades, but was good at rugby. The new principal made many changes — promoting the academic but without harming the rugby culture. The board sacked him for upsetting the established culture and a replacement quickly took the school back to its rugby-only foundations.

To change school cultures, does a would-be crusading principal have to wait for the old boys/girls on the board to die off and be replaced with newer alumni who might actually like the by-then well-established principal’s direction?

I suspect the new principal of St Kevin’s will need very strong support from the archdiocese to survive the old boys on the board.

Schools that are segregated by socioeconomic class, gender or religion — as most private schools are — undermine the foundations of democracy. Our tax dollars should go to funding inclusive, quality public education for all.

Alice Adams Carosi writes: Until Australia makes a concerted effort to level out its education system where, tellingly, most of our political, professional and business leaders are educated at private, often single-sex schools, we have little hope of a progressive modern society.

For centuries a whole tier of Australians have stuffed their children into formal garb that denotes social status, privilege and a sick desire to be like British public schools. The wealthy this way please, the middle class over there to the right, and what’s left please just shuffle down over there. Boys this way; girls over here.

There are encouraging signs that can’t be ignored. Victorian Premier Dan Andrews has invested billions in public education and in his first term significantly closed the funding gap between public and independent schools. But when I compare the tiered and divided Australian school system to the Italian model, where the best teachers take exams to teach at the public schools, and boys and girls are always together, our system seems antiquated, and perhaps one of the missing pieces in curing the Australian political malaise.

On Morrison’s spin and Gaetjen’s review

Keith Mitchelson writes: For the life of me it is hard to understand Prime Minister Scott Morrison’s preference to lie about every potential scandal rather than face up at the outset. The lies end up tarnishing the entire government, including his ministers who become the suckers who must also keep shtum and mouth impossible party positions.

I wonder if it is because of the miracle win at the last election, when mining industry heavies funded 90% of the Coalition campaign — and the anti-Labor TV campaign of Clive Palmer. Morrison believes he can get away with anything, as long as he claims the scandals have nothing to do with him, and his moneyed mates will still deliver when needed.

Jenny Pearce writes: Lying to Parliament about Phil Gaetjen’s review and to the Australian people via journalists isn’t the first time I suspect Morrison has lied to us — but wouldn’t it be wonderful if it was the last! If he’s REALLY shocked and saddened by the horror culture in Parliament House — i.e. not just shocked and saddened by the prospect of women voting him out of office — he could tell us what discipline he enacted against whoever it was who background-briefed journalists about Brittany Higgins’ partner. Or was that done with his knowledge? Another lie? Gosh, how can they wonder why we don’t trust the government on any messaging?

Vivienne Skinner writes: The one thing scarier than this prime minister attempting to wriggle around and under and behind whatever latest disaster he has brought upon himself is him gearing up for a heartfelt effort at “I get it. Poor, poor women.”

Neither my daughter nor I could bear to watch his press conference, although we unfortunately caught some of it later on ABC radio news. His solipsism is unbeatable — if it hasn’t happened to him, or if it isn’t something he could put in the same frame as Jen and the girls and his widowed mum, it’s impossible for him to actually feel it. No wonder he and Donald Trump were so simpatico.

So no, the change of tone doesn’t ring true. And did he really need to throw another woman under a bus at the press conference? The prime minister presenting private information to a national audience to grab some momentary political advantage? That’s just nasty.

On the reef cash splash

Paul Hughes writes: Even disregarding the corporate welfare aspects, how could one expect Great Barrier Reef tourism operators who depend on an international belief that the reef is healthy and worth visiting to report objectively on the health of the reef if they were to find further adverse effects likely to have been caused by ocean warming? Can we expect them to shoot themselves in the foot? Hardly.

Has something in Crikey got you fired up? Let us know by writing to letters@crikey.com.au. Please include your full name to be considered for publication. 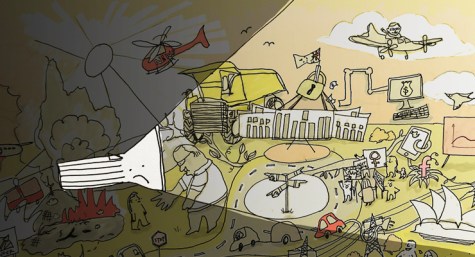 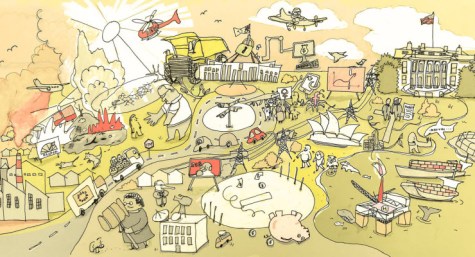 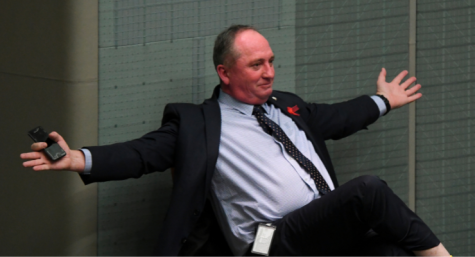