Who the hell could replace ScoMo? Here are some women who can

From an heir apparent to a blast from the past, here are the women that could replace Scott Morrison as member for Cook.

Prime Minister Scott Morrison has announced he would like a woman to succeed him as the member for Cook. Morrison holds the seat on a whopping 19% margin and still commands huge support within the Liberal Party.

Still, there’s no harm in thinking about who might take over when he retires to spend more time with his beloved Sharks.

Firstly, it’s worth noting the Sutherland Shire, which makes up the bulk of the electorate, is a notoriously insular, overwhelmingly white place; the domain of surfers, cashed-up bogans and God-botherers (and sometimes the intersection of all three). Locals call it “God’s own country”. It’s that kind of place.

While Morrison was an outsider when he was parachuted in thanks to some factional manoeuvring in 2007, he’s embraced the Shire identity hard. But despite the PM’s gender preference on who replaces him, former Sharks captain Paul Gallen might be a shoo-in — or at least, the blokes’ choice.

So who could be the female member for Cook?

On paper, Petinos seems like the obvious choice right now — the state MP for Miranda in the heart of Morrison’s electorate since 2015, and the parliamentary secretary for transport and roads. She’s a lifelong Shire local (big tick), still young, and a former staffer for conservative Liberal Senator Concetta Fierravanti-Wells.

Still, there’s some ammo for Petinos’ opponents to fire up with. In 2017, she allegedly vomited in a ministerial car that was transporting her, Deputy Premier John Barilaro and his daughter back from a State of Origin game.

A year later, explicit texts sent to her by fellow state Liberal MP Matt Kean were unceremoniously dumped on Instagram by Kean’s ex-partner. In 2018, The Australian reported that she had flown to the Gold Coast while her electorate was threatened by bushfires.

Opposition parties around the Shire haven’t tended to put up female candidates at either a state or federal level. The only recent exception is Labor candidate Jen Armstrong, who was smashed by Petinos at the 2019 NSW election.

Given the margin in Cook, it’s unlikely that Armstrong and Labor could claw things back. Then again, there’s a white-hot anger among women around the country at Morrison’s mishandling of sexual assault allegations and Parliamentary misogyny.

That’s where Armstrong could come in. In 2016, she was named NSW Woman of the Year, for her charity work helping survivors of domestic violence in the Sutherland Shire.

And in a CV bit that might endear her to the electorate, she’s worked for the Sharks as a stadium operations coordinator.

Perhaps a safer choice for the Liberals would be someone with unimpeachably good Christian values. After all, they love Jesus down in the Shire.

Morrison, a Pentecostal, is a regular at the Horizon Church (formerly ShireLive), a kind of happy-clappy suburban mega-church trying to make Christianity cool. The church is run by senior pastors Brad and Alison Bonhomme, and while conservative politics and religion aren’t quite as entwined here as they are in the United States, Alison could well have a good chance in Cook… if she wanted.

Back in 2006, a teenage model named Lara Bingle appeared in the tourism ad which shocked the world. “So where the bloody hell are you” was banned in Britain, widely mocked in Australia and generally considered a bit of a flop.

Bingle, now Lara Worthington, would go on to be tabloid fodder, especially during her brief marriage to former Australian cricket captain Michael Clarke. And the man who greenlit the ad, then-Tourism Australia boss Scott Morrison, would fail his way upward to become prime minister.

Their two paths would next “cross” in late 2019, during Morrison’s notorious absence during the height of the bushfire crisis, when Worthington snarkily tweeted “WHERE THE BLOODY HELL ARE YOU” at the prime minister.

It was a rare political statement from the model. But here’s the thing: Worthington is a Shire native. She and Clarke lived in Lilli Pilli. She’s reportedly a Sharks fan. This could be on.

Worthington’s publicist thanked us very much for thinking of Lara. We’re awaiting her response. 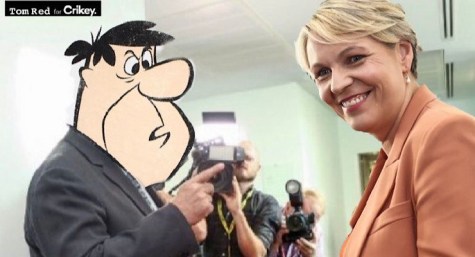 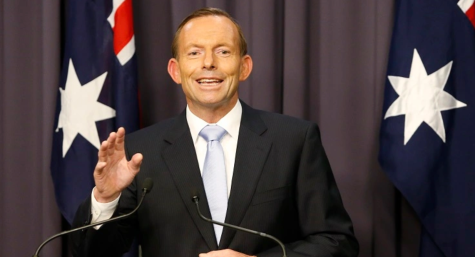 As factions lawyer up and election day looms, Liberals are in preselection limbo 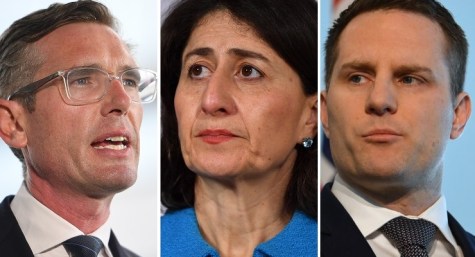 I don’t think anyone could or wants to replace Scotty. It would be comforting to know that the mould was broken on 13 May 1968. A new PM fit for purpose in the 21st century is required.

Why not go for an Independent with a climate action focus. It has worked in other blue ribbon conservative seats. After a summer of fire followed by massive floods, it may have an appeal.

The Libs think they’re a permanent feature, the backbone of the country. But so did the WA Libs until they were shitcanned by the voters. It wasn’t all about St Mcgowan, it was mostly about the puerile self-complacent Libs being out of touch.

A leader is someone who knows where the people want to go and can say, “Follow Me!”. Morrison and The Cesspit Boys aren’t going anywhere at all. They’ve risen on a fart bubble, and it’s about to pop.

I find that SmoKo is more like the pissant wannabe revolutionary who ran the rampaging mob with the cry, “I must follow them, I am their leader!”

It explains a lot about SFM’s current crisis that when he was given the job of marketing the nation to the world his idea of Australia’s single most quintessential attraction was a girl in a bikini.

He wanted to audition Pamela Anderson.

More like an abandoned cloning experiment, halted too late.
Even mushed together they don’t amount to a complete human being.