Good morning, early birds. Scott Morrison is reportedly considering removing Christian Porter as attorney-general and Linda Reynolds as defence minister, and NSW Nationals MP Michael Johnsen has identified himself as the person accused in state parliament of sexually assaulting a female sex worker in the Blue Mountains last year. It's the news you need to know, with Chris Woods.

Roughly a month and a half after Brittany Higgins helped kick off a series of government abuse allegations, the AFR ($) and The Sydney Morning Herald report that Scott Morrison is set to remove Christian Porter and Linda Reynolds as attorney-general and defence minister, respectively.

Both are expected to take new cabinet positions, with Porter expected to keep industrial relations, potentially gain employment, and lose his role as leader of the house, after Morrison received solicitor-general advice on Porter’s potential conflicts of interest while suing the ABC for defamation.

The prime minister, notably, dropped his previous support for Porter yesterday when asked by Anthony Albanese if he was, “preparing to make [the attorney-general] a part-time minister or is he preparing to drop him altogether?”.

In what would be the second cabinet reshuffle in three months, Michaelia Cash, who once refused to provide witness statements over the leaked Australian Workers Union raid, is expected to permanently take over as acting attorney-general after coming on board temporarily when Porter took leave this month, while Peter Dutton — whose latest scandal involved the community safety grants slush fund — is expected to get defence.

This could leave Home Affairs for Stuart Robert, who reportedly wants the gig and once stepped down from the Turnbull cabinet after a trip to China revealed his shares in a trust linked to a major Liberal donor’s mining company.

Reports of the potential shuffle, which could happen as early as this weekend, come as Tasmania’s Premier Peter Gutwein urges Morrison to “consider” accusations by state speaker Sue Hickey that Liberal senator Eric Abetz “slut-shamed” Higgins. As the ABC notes, Gutwein says Hickey told him several weeks ago that Abetz had made the alleged comments — which Abetz strongly denies — but not in as much detail.

PS: In related news, Guardian Australia reports of growing agitation among parliamentary staffers that new legislation — which is aimed at ensuring submissions to the sex discrimination commissioner’s looming review into parliamentary culture cannot be obtained under freedom of information legislation — contains a clause in its final item that would exempt ministers and agencies from all FOI requests for documents received or created by the review.

NSW Nationals MP Michael Johnsen has identified himself as the state Coalition figure accused in state parliament of sexually assaulting a female sex worker in the Blue Mountains last year, with Johnsen responding to questions from the ABC with a statement saying he is “an innocent party” but will step aside from his parliamentary secretary role and take immediate leave.

Earlier in the day, Labor MP Trish Doyle used parliamentary privilege to accuse an unnamed Coalition MP of rape, while NSW Police say the matter had been under investigation since last year.

Johnsen’s statement came just an hour after the ABC, which has spoken to the woman in question, sent questions to both the MP and Nationals Party leader John Barilaro about the allegations. Barilaro then immediately contacted Johnsen, who stepped aside following their conversation.

Both the ABC and The Age recount a number of highlights of the event, including Ed Sheeran bringing himself to tears over a new song inspired by and dedicated to Gudinksi; Minogue thanking him for taking a “scrawny girl from Melbourne to the world and back home again”; a message sent by premier and a close friend of his, Dan Andrews; and a performance by one of Mushroom’s latest artists, Mia Wray.

Gudinski died in his sleep earlier this month, at the age of 68.

[To Scott Morrison]: If anyone listening expects me to carve you up, they’re going to be sadly disappointed.

In a week in which the prime minister stood accused of misleading parliament over his former chief of staff’s inquiry into his office’s knowledge of Brittany Higgins’ rape allegations and, separately, weaponised an apparently made-up harassment allegation against News Corp in the face of one hard question, would you believe nobody, yet, expected him to get carved up by a friend at 2GB?

Catch up on our multi-part series, The Dirty Country: Corruption in Australia. We’ve made it free to all readers so please share widely.

“Land zoning and the planning and development decisions that flow from it have traditionally been one of the greatest sources of local and state government corruption in Australia, especially in major cities. Occasionally misconduct around zoning has extended even to the federal government.

“Zoning is fundamental to Australian society at a macro and micro level. A controversial Reserve Bank paper in 2018 argued that zoning and development restrictions ‘have contributed materially to the significant rise in housing prices in Australia’s largest cities since the late 1990s, pushing prices substantially above the supply costs of their physical inputs’.”

“Diverting blame and playing the victim is a common tactic used by men accused of sexual harassment or assault — and those who choose to defend them.

“It’s so common that the pattern of behaviour has an acronym: DARVO, which stands for Deny, Attack, Reverse Victim and Offender. The term was coined in 1997 though similar tactics have been reported on for decades.

Will Lachlan Murdoch make the PM an offer he can’t refuse? Don’t bet against it

“No surprise that Scott Morrison was a touch discombobulated at yesterday’s latest stab at a reset on gender politics. He had a big known-unknown swirling around in his head: what is Lachlan Murdoch doing in Australia?

“Fond as the Los Angeles-based billionaire Murdochs may be of their Australian ancestral homeland, it raised eyebrows when the Nine papers reported at the weekend that Lachlan and his immediate family was quarantining in the country, presumably at the family farm near Yass, in preparation for a lengthy stay.”

“But there is plenty of hypocrisy to go around. Particularly among the craven female members of this government, many of whom have previously seemed happy to act as Morrison’s handmaidens because we know those who speak up can simply disappear.

“Yesterday there was Morrison starting to call for Labor-style quotas to get more women in Parliament and suddenly the Liberal women already there found their voices.

“Remember: only a week ago at the March4Justice, there was an ominous silence from them — from the alleged Minister for Women, Marise Payne, down.”

Treasury warns 150,000 jobs to go when JobKeeper ends next week

‘Couldn’t get out’: two men die in separate flood incidents as cars submerged in Sydney and Gold Coast

Crown under investigation for wage theft

Container ship stuck in Suez Canal could take days to dislodge, holding up transportation of oil

Dark Mofo doesn’t deserve our blood. Australia must invest in First Nations curators and artists — Paola Balla (The Conversation): “‘We want your blood,’ declared Dark Mofo on Saturday. This was not a metaphorical call. This was a literal request of First Nations Peoples by Spanish artist Santiago Sierra. The call-out was confronting — and probably set out what it intended to do: shock — but the white curators may not have counted on the level of Indigenous disgust, refusal and critique it prompted.”

Survival demands urgent action to bolster our defence ($) — Greg Sheridan (The Australian): “Scott Morrison has compared our time with the 1930s. The admiral in command of US forces in Asia says there is a strong chance China will invade Taiwan in the next six years. The US is committed to Taiwan’s security and would respond militarily. Politically, strategically and technically, it’s inconceivable Australia would not be involved.”

How Kyrsten Sinema went from lefty activist to proud neoliberal Democrat — Branko Marcetic (Jacobin): “The halls of Congress are filled with individuals who at some point abandoned almost everything they once believed in. More often than not, it’s a cushy, post-political corporate job or lobbying position that might have led them to give up on whatever led them to enter politics in the first place. Rarer is the person who’s done it out of pure, unbridled political ambition.” 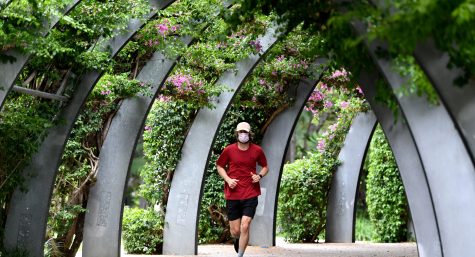 You gotta feel for Scotty? Choosing a cabinet from his glass-jawed menagerie – is there anyone in his collection that remains without a compromising flaw?