More crap to stop: the government’s private tender process is a classic rort

Taxpayers pay the $1.5 billion price for busted political processes that leave small businesses locked out of chances to put in a tender, writes Senator Jacqui Lambie.

Every year the federal government gives out tens of thousands of contracts to private businesses through a busted process which goes on behind closed doors.

The contracts provide plenty of jobs, but the government doesn’t advertise more than half of them publicly. In 2019-20, $1.5 billion of your cash was splashed around the private sector under the table.

But the government doesn’t seem worried about it.

If your car broke down, you’d take it to a mechanic. If that mechanic quoted you $10,000 to fix a flat tyre, you’d go to a different mechanic. But the government says no worries — it’s more than happy to be ripped off. What’s going on?

Politicians do not generally have much life experience. Beyond turning a sod here and there for the cameras, their well-moisturised hands are accustomed to the pen, not the wrench. This might explain why they are so loose with your money. But that doesn’t just fail the pub test, it disqualifies them from setting it.

The government leaves the business of building our nation to private businesses. And what a gigantic business it is. A lot of money is spent through a public tender process but any project worth less than $80,000 can be awarded to anyone — without scrutiny. 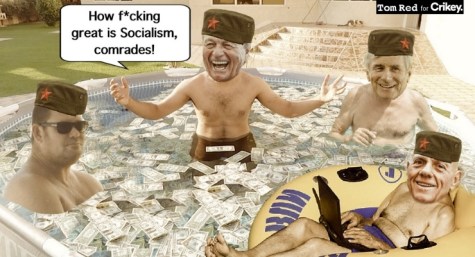 You can see where this is going.

That’s not the only bit of wool they’re pulling over our eyes either. A contract that goes over budget and requires more taxpayer dollars on top is allowed to raid the public purse with no consequence.

So here we have another classic rort — and this one harms small businesses. They need all the work they can get while the country plays a never-ending game of wheel-of-fortune with the coronavirus.

A government contract could keep a small business going. Missing out might be the difference between staying open or closing their doors. When the government picks who gets the job without advertising it, small businesses don’t get a chance to shoot their shot.

The way the government spends money needs to be held to a standard. It bought the Leppington Triangle lot for the Western Sydney airport for about $30 million, when it was worth only $3 million. It saw no problem with that until the Australian National Audit Office made the rest of us aware. And then the government was as shocked as we were! Give me a break.

The government reckons it has money to fritter away on this rubbish but it will chase people to the ends of the earth over $500 its robodebt algorithm incorrectly guessed they owed.

Here are some solutions for how to stop this crap.

One: lower the tender limit so more businesses can compete and there’s more transparency. Make it so the government can’t rip us off for more than a few bucks at a time. Make it not worth it to even bother.

Two: get a decent cop on the beat to enforce the current standards. No more $79,999 contracts being tendered in the dark.

Three: if the costs blow out, that’s on the company, not the taxpayer.

Small contracts under the tendering threshold come in drips and drabs. They may not be as scandalous as buying a ridiculously overpriced bit of land near an airport, but $30 million is a drop in the ocean compared with the $1.5 billion free-for-all spent on untendered contracts in the last year alone.

Jacqui Lambie is an independent senator for Tasmania. 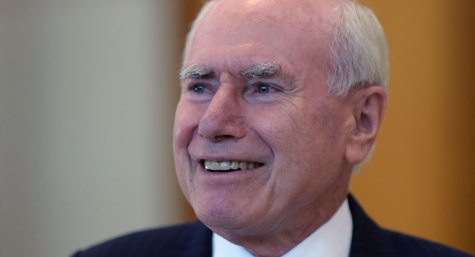 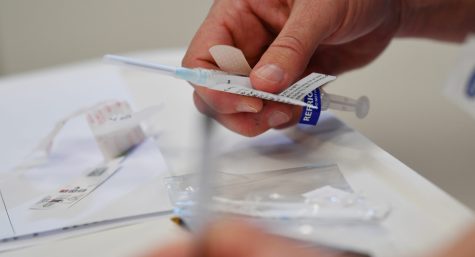 This is the most secretive and corrupt government ever.
We need a Federal ICAC, a ban on donations, and put a stop to cabinet and commercial in confidence coverups.
There also needs to be very good compelling reasons to refuse FOI requests.
Drain the billabong!

Alan Jones has come out fighting for Peta Credlin and Tony Abbott. He says they tried to drain the ‘swamp’. But in the end the ‘swamp’ swallowed them? Rich ain’t it, given this mob was just rebranded with the same old slime.

Drain the billabong!? Tear up the contracts along its water front edge for a start. 30% of our countries top 50 rich list are those with a real estate empire. The last 25 years of parliamentary conducts needs a thorough bloody audit. Can we put the hand break on our democracy to sort this collusion out!

At the heart of corruption is ‘collusion’ these operators seldom act alone, because they wouldn’t have the knowledge required to do so. Everyone internally gets a piece of the pie.. LNP thought they would get out of this unscathed. How deluded they are. I say drain the billabong and insist on an ICAC so we can fill in the HUGE cavity left behind.

Thanks Jacqui Lambie. I salute your relentlessness in the last 6 months especially. The Tasmanian political tiger!

They have drained the Billabongs, sold the rivers, moved anything of value to the Cayman Islands & bulldozed the rest.

May be we need a lot of reforms and mate, we have Buckley’s with this lot in charge.
There was a time when I was proud of being Australian, I hope to again.

As the owner of a small business, I’ve been on both ends of this – engaged by govt depts for amounts under the relevant threshold, but sometimes not having an opportunity to quote/tender. The only point I’d question is “Three – if the costs blow out, it’s on the company.” We often do work that can’t be fully or properly scoped and the costs “blow out” because the client changes their mind about something, or asks us to do something extra, or resources they said would be available aren’t available, or we propose a change that they like but requires extra work. If we had to “cop the blow out”, we would never quote or tender for govt (or corporate) work. I understand the thinking behind Point 3, but it would be better to have proper processes with rigorous checks and balances that require both the vendor and client to justify the extra work/expense. Corporates do it…government should be able to do it too.

Thank you Jacqui Lambie. Now where is our federal ICAC? Surely there are enough people write a good proposal and pass it. Most states have done it.

Muppets are not aware they are the disguise ever. How do people reconcile the realisation that they are puppet, operater, and producer for the silent money backing the entire gig. I loved the big gig! During the 70s, 80s, even, 90s we knew how the world worked. The literal puppets have gone, now we just have a mass of tangled strings with part time puppets who think they are the real deal. Comedy and satire sent serious pollies and the like underground. They don’t like being laughed at.