When media companies stop being the guardian and instead need to be guarded against, the public, as ever, is the biggest loser.

This is day five of The Dirty Country: Corruption in Australia. Read the whole series here.

Australia’s media are a key component of any anti-corruption agenda. Media companies have campaigned for greater transparency, and governments work assiduously to thwart journalists’ requests for information and efforts to hold them to account

But the media are also part of Australia’s corruption problem.

If soft corruption is the misuse of public resources for private benefit, and the abuse of public policy and institutions to benefit the latter, the media have been as enthusiastic as any other major sector in attempting to influence governments to serve their interests — and not abstract interests relating to a free press and journalistic freedom, but the economic interests of media companies.

Few media companies donate to political parties — a rare exception being the Nine Network, chaired by Liberal elder Peter Costello, which hosted a fundraiser for the Morrison government in 2019. Given most political contributions are devoted to buying advertising, there would be a certain circularity to such donations anyway. 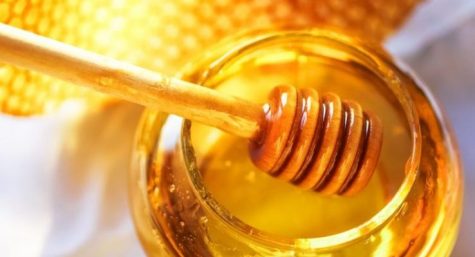 But media companies can offer something far more effective than advertising spots: they shape the images and words that voters are presented with about politics, particularly during election campaigns. And if newspapers can shape the terms of political debate, it is television, and particularly commercial television networks, that are the most potent shapers of what messages voters receive.

This had led to both sides of politics distorting public policy to serve the interests of the commercial television networks over decades.

In particular, politicians prevented any effective competition to the commercial television networks that might have served consumer interests: additional commercial TV licences were banned; pay TV was banned until the mid-1990s and then heavily restricted to prevent it competing with free-to-air broadcasters; and when digital television arrived, the government established an absurdly elaborate framework to prevent the vast amount of spectrum freed up by digital transmission from being used for any service that might compete with the free-to-air broadcasters.

The broadcasters were also given a light-touch co-regulatory regime in which even egregious breaches of codes of practice were met with wrist slap-level punishments.

At every turn, the commercial interests of media companies were favoured over those of consumers, in a distortion of public policy that delivered windfall profits to commercial television licensees. And those distortions have given us our current deeply flawed and oligarchic media environment.

And the distortion continues, with the government’s news media bargaining code drafted by media companies with the goal of forcing Google and Facebook to hand over revenue, backed by a vociferous campaign of demonisation of the tech companies led by journalists, not just editorial writers.

Media companies, it turns out, are happy to mislead their readers and audiences and undermine journalism to maximise their own profits.

As with restrictions on competition for television licensees in past decades, the real goal of the news media bargaining code is to entrench the position of major media companies, which will benefit disproportionately from revenue from tech companies compared with smaller competitors.

Corruption goes further in relation to particular media companies. News Corp, in the words of one of its most senior Australian figures — The Australian’s editor-at-large Paul Kelly — admitted his masthead, the company’s flagship, supports the Coalition, saying it was “the working rule of established media. Centre-right newspapers back centre-right parties”.

In return for its support, the Coalition has showered tens of millions of dollars in taxpayers’ money on the company — $40 million in recent years, five times the amount of tax the multibillion-dollar company has paid. This funding included millions in untied grants with no performance requirements attached.

Such individual cases of favouritism can at least be called out by other media companies. But when major media firms influence politicians to distort public policy in their own interests, there’s no guardian of the public interest to warn of corruption and vested interests; the public are kept in the dark about how the public interest is being undermined in favour of influential corporations. The watchdog, it turns out, will stay very quiet when it stands to benefit.

Should Australia’s media companies declare their interests? Write to letters@crikey.com.au. Please include your full name to be considered for publication in Crikey’s Your Say section. 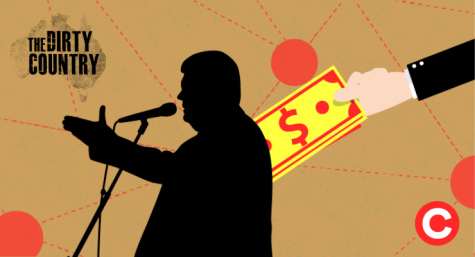 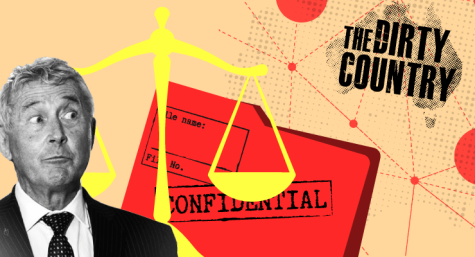 All I can say is thankfully we have Crikey, Pearls and Irritations, Michael West and others. ABC is cowed , MSM have dropped the ball but these other sites deliver.

M52, I’m not sure the ABC is as cowed as the Lib/Nats want. Its recent coverage of the rapes and other sex scandals at Parliament House have reverberated across the media landscapes, and credit to the ABC, they aren’t slowing down.

But they are making some very powerful enemies. God help us if Porter’s court action against them is successful. I think there is a very real possibility that the Morrison Government – if it wins the next election – will move to cripple the ABC to the point where it can be ‘privatized’. Expect the ad campaign pointing out the blessings that such an act will bestow upon the Australian population, and the glee at News Corpse.

I get the impression that Murdoch has already given the nod to let Smirko cop it sweet – a scalp for the mob – and am now expecting Albo to be up against Josh Frydenberg well ahead of the 2022 election.

So, Mr Frydenberg, hold still while get a microscope and take a closer look at your good self in relationship to the Murdocracy.

We need someone who wears a small cap on their dome like we need a hole in the head.

The MSM are part of the problem, rather than being part of the solution. Independent media don’t have the penetration amongst the general public to do much more than raise concerns amongst a small section of the public, who are generally more informed, anyway.

I have just copied this from a News Corp publication – independent journalism or PR arm of the government?

Gobsmacked that they don’t even pretend to hide it anymore… crikey alright!

We’re “battery hens, with a view” – the way we’re managed by this government and their media mates, lavished in the tax-payer funded largess they are, to keep their numbers/competition down : to be paid in positive PR in return : a “protection racket”.
All we have to do is lay a vote the right way – or it’s the “pork barrel” for us – and not in that good way.

Corruption can’t flourish in sunlight. The shade that our politicised (playing favourites and holding two sides of politics to two different standards) media affords that dry-rot is all that’s needed to encourage that corruption to spread. If the compromised aren’t hauled out and shamed in the sterilising glare of blazing publicity, they learn to expect certain “blind eyes” from much of the media – and turn on the media that does try to hold them to account, because of their media habituation to such entitlement. .

Last Sunday’s Backsliders – Spivsy, Maiden and Hartcher discussing the Coalition’s IR flop :-
Hartcher laid the blame at the feet of “Labor and AWU inflexibility” and the government’s reticence to sell it?
No mention of the very real probability (if history is anything to go by) of how workers would be worse off under a scheme hatched between this government and the likes of those big businesses (including labour hire firms) that want to screw workers even more under the false assertion of being better off – when they want to abolish the “no worse off” rider? ‘Willox and Co’?
No mention of that group of employers that have a record of routinely exploiting workers. Underpaying. Not paying super. Not issuing pay-slips.
No mention of the way JobKeeper has been used to pad bottom lines (while the government let’s them : imagine a “Robodebt for Companies”?) – an indication of where employer priorities really lie.
No criticism of this government and the company(s) they keep – with their combined form?

Narrow interpretation, as our MSM or legacy media are part of the issue but not solely. Their contemporary modern role as a sociopolitical ‘medium’ of influence in hollowed out society and politics, is to take on policy ideas then translate into themes for nudging of voters the right way.

Either a govt. has to adopt, promote and implement a policy (or avoid e.g. carbon emissions policy), an ‘assembly line’ versus merciless attacks in media on individuals and/or whole organisation e.g. ABC.

This has been imported from the US, according to UK journalist Monbiot in The Guardian 7 Dec 2018 ‘How US billionaires are fuelling the hard-right cause in Britain‘ (credit to Jane Mayer of Dark Money fame):
‘The Kochs’ chief political lieutenant, Richard Fink, developed what he called a three-stage model of social change. Universities would produce “the intellectual raw materials”. (in Oz the research output is taken directly from the US by IPA, CIS etc.) Think tanks would transform them into “a more practical or usable form”. Then “citizen activist” groups would “press for the implementation of policy change”.’ (helped by media and meanwhile lobbyists promote to MPs and/or committees directly).

From the latter media then have to fall into line and support…. sophisticated ‘astroturfing’.