Exactly how will the Great Barrier Reef — and regional workers — benefit from the $3.2m handout? That remains a mystery.

The owner of China’s biggest nickel mine and a company chaired by the head of Tourism Australia are among the beneficiaries of a $3.2 million scheme to “monitor” the Great Barrier Reef during the COVID-caused tourism slump.

Like much of the government’s pandemic support spending, the government is hoping funding to businesses will trickle down to help workers and the tourism industry more generally.

The Great Barrier Reef Marine Park Authority’s website says the money is being used to pay tourism operators to monitor the health of the reef. But there is little detail about how much monitoring they have to do and how their performance will be measured. It’s understood the money will primarily be spent on conducting weekly surveys and uploading photos of the reef to the Eye of the Reef app.

The authority said the companies will be required to meet “strict milestones” to get paid, but it is unclear exactly what this means. 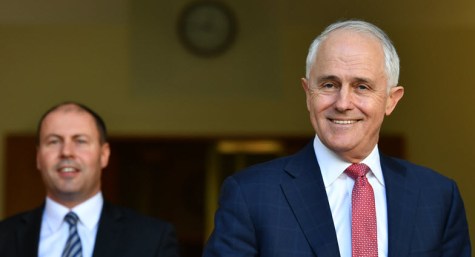 Tender documents reveal the biggest chunk of funding — $776,000 — has gone to ASX-listed Experience Co, whose chair Bob East is also the chair of Tourism Australia. The company’s chief executive, John O’Sullivan, is also the former managing director of Tourism Australia. This prompted questions yesterday in Senate estimates about whether there is a potential conflict of interest.

Officials from the authority insisted the selection process was guided by an independent panel. But under questioning from Greens Senator Larissa Waters, they were unable to say how the agency managed conflicts of interest during the tender process. They insisted the program will give an economic boost to the region, which is struggling in the absence of international tourists.

“A lot of those boats would be tied up and not visiting the reef,” the authority’s chief executive Josh Thomas said. “It’s critical that they can keep turning their engines over and we continue to see site management [of the reef].”

Experience Co insists they have policies in place to manage conflicts of interest. O’Sullivan said in a statement the company was pleased to have been one of 17 successful operators chosen for the program.

“Over the next few months we will be conducting site stewardship initiatives in relation to ongoing reef health monitoring particularly around the crown of thorns starfish,” he said.

Another government handout recipient is Shanghai’s China Capital Investment Group (CCIG), which owns Daydream Island. It was given $61,000 to monitor the health of the reef under the same tourism scheme.

Waters questioned whether it was an appropriate company to conduct research and maintenance of the world heritage-listed reef.

But Thomas said CCGI was not directly responsible for the work and that the money had gone to its Australian tourism subsidiary.

The $3.2 million scheme is part of the federal government’s $1 billion COVID recovery fund and was announced by the Environment Minister Sussan Ley and Deputy Prime Minister Michael McCormack last month. But without a clear explanation of the benefits for workers in the region — and the health of the reef — is this just another case of corporate welfare in the name of COVID?

How do you feel about this use of taxpayer money? Let us know by writing to letters@crikey.com.au. Please include your full name to be considered for publication in Crikey’s Your Say section.

Gaslighting the world: Coalition pressured its own scientists to save reef from ‘at risk’ label 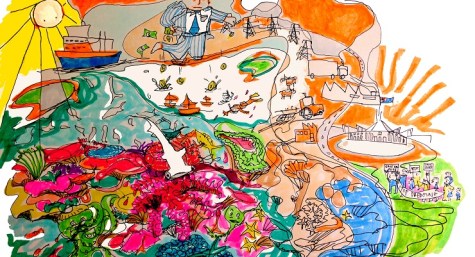 The tourist industry is one of the causes of the reef’s problems. Just saying.

The stench of a million dead fish still wafts across the lands.

Nothing says caring for the reef like hiring experts in digging big holes in the ground, & blowing things up. Perfect people to understand fragile environments & how to care for them…………….Rio Tinto proved how caring these big mining companies are…NOT.
Probably there for underwater exploration for sea bed mining………a dead reef would be just perfect for them- no messy environmental protections to worry about on a dead reef.