Good morning, early birds. Thousands of western Sydney and south-east Queensland residents could be evacuated due to extreme weather, the Therapeutic Goods Administration has approved domestic production for the Oxford-AstraZeneca COVID-19 vaccine, and this week we will be continuing our multi-part series, The Dirty Country: Corruption in Australia. It's the news you need to know, with Chris Woods.

Thousands of western Sydney and south-east Queensland residents could be evacuated due to extreme weather, with The Sydney Morning Herald reporting that at least 1000 residents from western Penrith, Jamisontown, and Mulgoa have already received evacuation orders.

The Bureau of Meteorology warns that a strong high pressure system across NSW’s north-east and a low pressure trough in the west will both continue tonight, while flooding across parts of the Hawkesbury-Nepean Valley — specifically near Penrith — has already exceeded the November 1961 floods.

The ABC also notes an emergency alert has been issued for parts of the Gold Coast facing flash flooding.

The NSW Education Department has closed about 137 schools today, Newcastle Airport has suspended flights, and Gladys Berejiklian has warned of the “one-in-50-year” weather event’s impact on the Warragamba Dam, which will see 75% of its storage capacity flow into the catchment.

Berejiklian says dam levels will have to be reduced to around 20-25% to account for upcoming rainfall, while The Sydney Morning Herald reports that NSW Emergency Services Minister David Elliott has blamed his cabinet colleague, Water Minister Melinda Pavey, for not releasing more water ahead of the storm.

A SHOT IN THE ARM

According to the ABC, the Therapeutic Goods Administration yesterday approved domestic production for the Oxford-AstraZeneca COVID-19 vaccine, with the first batches from two Melbourne plants to be released “in the next few days”.

The news comes ahead of Phase 1B of the national rollout starting today, to cover more than six million Australians and include: Aboriginal and Torres Strait Islanders aged 55 and over, other Australians aged 70 and over, younger Australians with underlying health conditions, and frontline healthcare workers.

Federal health authorities have expressed confidence this phase of the rollout will meet targets despite international supply issues and delivery delays from NSW’s storm.

An ex-housemate of the former Liberal staffer accused of raping Brittany Higgins in Parliament House has alleged the man sexually harassed her while living together.

The Australian ($) reports that Kriti Gupta only learned on March 10 that her former housemate was the alleged rapist, and last week gave a statement to the Australian Federal Police. The paper notes that the AFP has interviewed several people in relation to the claims but has not laid any charges against the alleged perpetrator.

The news comes ahead of Four Corners’ latest investigation into Higgins’ claims tonight, titled ‘Don’t ask, Don’t tell: The Brittany Higgins story, who knew what when’.

Finally, the ABC reports that two Canadian-Australian citizens, business consultants Matthew O’Kane and Christa Avery, are under house arrest in Myanmar after trying to leave the country on a relief flight on Friday.

The news comes after opponents of the country’s military rule yesterday held candlelight vigils, after security forces killed four more people in pro-democracy protests. Almost 250 people have been killed since the February 1 coup.

We want the ABC to be credible, and we want it to be the home of good journalism, not activism.

This is not about a culture war. It’s not about any particular agenda other than ensuring that the ABC complies with its editorial standards.

Ahead of grilling ABC’s managing director at Senate estimates tomorrow, the Coalition senator makes sure not to engage in his party’s anti-ABC culture war by invoking activist journalism ($).

Bragg’s comments come ahead of Four Corners’ latest expose on parliament’s harassment culture tonight; as Christian Porter sues the ABC for defamation; and after his government stripped the broadcaster of more than $780 million.

Last week, we launched a new multi-part series, The Dirty Country: Corruption in Australia. If you missed it, catch up on our latest instalment. We’ve made it free to all readers so please share widely.

“Moreover pork-barrelling punishes not merely taxpayers through misallocation of funds, but voters in electorates not regarded as meriting pork-barrelling — and particularly those in safe seats held by opposition parties.

“In the case of the sports infrastructure grants funds rorted by Nationals MP Bridget McKenzie, both safe Coalition and safe Labor seats received less funding than seats the Coalition had identified as target seats in the 2019 election.”

“Half a billion dollars. A secretive fund with links to a major Chinese developer. And one of the most lucrative pieces of land in the country. Who is behind the latest land deal raising questions next to the new Sydney airport?

“A mysterious fund controlled two relatively unknown property figures has stumped up $499 million for one of the biggest and most important development sites next to the airport.”

“A grant where an eligibility criterion was that you were the company named in the criterion — and you still failed to meet it. One handed out before the ‘strategic study’ that was supposed to justify it. To a company that admitted it couldn’t do what it was being paid to do, when other, better rated projects missed out.

“Welcome to the world of Angus Taylor and Scott Morrison’s fossil fuel obsession, unmasked in forensic detail by the auditor-general.”

“It was November when the Brereton report dropped — a comprehensive, highly redacted account of dozens of alleged civilian murders and a toxic warrior culture among the elite echelons of the Australian Defence Force in Afghanistan.

“But months later that moment is all but forgotten. When reports dropped this week that Special Air Service soldiers facing the sack after the report had been quietly given a medical discharge, they barely made a ripple.”

Several killed in government attack on hospital in northwest Syria

Floods leave a legacy of mental health problems — and disadvantaged people are often hardest hit — Sabrina Pit (The Conversation): “Yet again, large swathes of New South Wales are underwater. A week of solid rain has led to floods in the Mid-North Coast, Sydney and the Central Coast, with several areas being evacuated as I write. As a resident of the NSW Far North Coast, which has had its share of devastating floods, many of the tense scenes on the news are sadly familiar.”

Yes, the Queensland Greens are still a VERY white party — Jonathan Sri (Jonathan Sri): “When I first put my hand up to be a Greens candidate, one of the key factors that motivated me was a frustration at how overwhelmingly white Australia’s political class is. To state the obvious, our multicultural society is not reflected by equally diverse legislatures. Comparatively few Australian politicians identify as people of colour or First Nations, and even compared to other Anglosphere colonies like the US and Canada, our politicians are disproportionately of western European ancestry. The Greens are certainly part of this problem.”

Resistance is futile: former chief scientist zeroes in on Australia’s green energy future — Alan Finkel (The Sydney Morning Herald): “Like others, I dream that my great-grandchildren, whom I might never meet, will grow up living on a planet just as magnificent as it was when I was young. Fulfilment of this dream will require that we preserve our planet’s unique beauty in the face of global warming, armed with ambition and realism. We do not have time for fatalism or despair.” 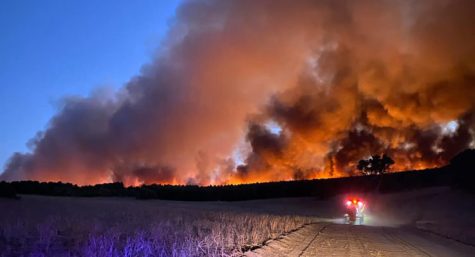 Another episode of Backsliders yesterday – Spivsy, Hartcher and Maiden – one minute they’re going on about how well the economy and unemployment are going (did “underemployment” get much of a run?) under the present system : the next Spivsy is parroting the government/BCA line “… brings us to how to grow the economy….”?
Then the three of them whacking it up Labor and the AWU over their “inflexibility” toward their pet government’s BCA friendly IR plans : while pining over the government’s lack of enthusiasm for selling their changes?
Maiden tells us of the concern of “both sides” over wage theft? Yeah right; as reflected in the government’s approach to wages and conditions to benefit employers, as shown in the the treatment of casual workers’ entitlements????
Just what do these media bozos think about stagnant wages, and the loss of conditions that has been the experience of the working poor, that can’t afford to buy a home among other things?
The sort of thinking behind the use of JobKeeper to prop up company profits?
What the less well off have had to go through to get the economy to where it is now?
Not severe enough?
“Labor and the unions should just “fall-in”, to a large degree, with this government and their business donor mates, to screw workers even more, to make employment stability even more precarious, in a widening of the gap”?

Maiden telling us about “Morrison’s bonk ban? And trying to mitigate Porter’s problem by comparing this Attorney-General’s position (chief law officer of the country with jurisdiction over what he has and up-coming matters) to Shorten’s?

There was just no “recollection” of this latest example of this government’s bad faith when it comes to IR, as was put out on display – after the early Covid Accord reached between the government, business and unions – when, a couple of months ago, McManus (and the unions) was blind-sided by these “changes” without union/worker consultation?
How can Hartcher and co expect anyone to be “flexible” when your dealing with a party of such disingenuous, forked-tongue, double dealing history? With a party that puts their business donor’s interests before all else?