The ABC reports that Liberal staffer Andrew Hudgson has resigned shortly after being accused by Tasmanian Greens leader Cassy O’Connor of calling her a “meth-head c*nt” during his time working as a staffer for then-premier Will Hodgman.

The news comes as Scott Morrison awaits advice from the solicitor-general on how to handle potential conflicts of interest when Christian Porter returns to work on March 31, with Guardian Australia reporting that Labor, the Greens, and legal academics continue to raise concerns about whether the attorney-general could be responsible for the Sex Discrimination Act, consent laws, a proposed (and worse-than-toothless) national integrity commission, and defamation law reform.

Elsewhere, Gladys Berejiklian has revealed to NSW parliament that, in the wake of Brittany Higgins’ allegations, she ordered a review weeks ago into how allegations of bullying, harassment and sexual assault involving ministerial staff are handled.

PS: According to The Australian ($), the Morrison government is also considering recommendations from the joint standing committee on electoral matters to add an “electoral violence” offence to the Electoral Act, several of which (i.e. violence, obscene or discriminatory abuse, property damage and stalking) are already covered by state and federal laws.

The Morrison government is racing to convince Centre Alliance senator Stirling Griff to pass its industrial relations omnibus bill, with The Australian ($) reporting that One Nation yesterday secured only minor amendments such as exemptions for small businesses on converting casuals to permanent roles and capping greenfields agreements at six years rather than eight.

Griff, whose last-minute backflip on the cashless welfare card proved crucial to its extension last December, said Centre Alliance is still making its mind up but is open to modifying a demand the government give workers access to arbitration, without employers’ consent, when there were disputes over casual conversion, underpayment and employment conditions on major projects.

PS: Separately, Guardian Australia notes the government is set to raise JobSeeker to a still well-below-poverty rate of $615.70 a fortnight and bump up mandatory job applications to 20 jobs a month, a requirement slammed as “very unhelpful” “box-ticking” by Coalition backbencher Bridget Archer.

The project will run for “several years” and potentially drill up to 1230 holes, while the premier’s office claims, “the exploration program will not permanently impact the anthropological and cultural heritage of Lake Torrens”. The ABC notes that almost every Aboriginal person consulted disapproved of the project, with their apparent dismissal prompting a push by the Greens to change state heritage laws.

The news comes weeks after Rio Tinto chair Simon Thompson announced his resignation over the destruction of ancient rock shelters in the Pilbara’s Juukan Gorge, and, separately, weeks after BHP and Fortescue engaged in similar incidents in WA.

PPS: Speaking at the National Museum last night, Cape York leader Noel Pearson reiterated calls for the Morrison government to pursue constitutional recognition and a Voice to Parliament, rather than defer a referendum and work on a legislated, purely consultative “voice to government” model.

[On Nicolle Flint’s speech]: And her determination to stand up to that in the face of the most vitriolic of abuse, stalking and threats to her own public security [that] was just absolutely appalling.

And I just am amazed at the Labor Party and the unions and GetUp just stood by and let that happen. They were aware. They saw it. They were happy to be advantaged by it…

The prime minister that refuses an independent inquiry into allegations denied by Christian Porter vaguely links Labor/GetUp/The Unions to an alleged stalker who, let’s see here ($), was not involved with any of the groups but, damningly, liked GetUp’s Facebook page.

THE DIRTY COUNTRY: CORRUPTION IN AUSTRALIA.

Yesterday, we launched a new multi-part series, The Dirty Country: Corruption in Australia. If you missed it, catch up on the first instalment from Bernard Keane. We’ve made it free to all readers so please share it widely.

“The importance of access and influence to donations has increased in recent years as the major political parties have encouraged businesses to contribute to parties by buying subscriptions to multiple fundraising events at which company representatives can dine with, speak to or question frontbenchers. This suits both sides — it means more income for the parties, and greater access for business and lobbyists, and there are fewer transparency requirements around such ‘purchases’ compared with straight donations.”

“If a couple of global investment banks conspired with their big institutional clients and the directors of one of our ASX-listed banks to steal more than $100 million in value from tens of thousands of Australian mum and dad shareholders, there would be outrage, right?

“While ‘steal’ is a strong word, on some readings that’s precisely what has happened at the Bank of Queensland after it agreed to buy ME Bank from Australia’s industry funds for $1.32 billion.”

Scott Morrison has been given many chances to prove he can be a leader. He’s said no every time

“Scott Morrison is boxed into a corner on gender equality, and it will take a Houdini-like performance for him or his government to escape without serious damage.

“Brittany Higgins and Chanel Contos, two strong and savvy young women, have managed to create a movement that just might — and certainly should — change the course of history.

“The clue to that was in Monday’s marches. In Sydney and Brisbane and Canberra and elsewhere, people rallied against an inequality that has been ignored for too long, as well as a prime minister whose inaction is perpetuating it.”

“Flint’s special pleading is an expression of the elite entitlement that is creeping into parts of this movement: that having scored herself a sweet MP gig as part of her career she shouldn’t be faced with actual politics, actual contestation.

“People are ‘screaming’ at her in the street, i.e. shouting, and demonstrating against her. The horror! Women politicians have been demonstrated against for decades and had their offices occupied, and taken the contestation as part of entering into the full equality of being able to participate in public life.”

‘Hit by a rainbow’: Fears millions wasted on JobKeeper payments to profitable companies

‘We’ll have to close the doors’: Medical workers brace for chaos as virus grips PNG

Corporate Australia made out like bandits with JobKeeper subsidies. Maybe we should have an inquiry — Alan Kohler (The New Daily): “Most of the ASX listed companies that received JobKeeper subsidies didn’t need it, and the great majority of those are keeping the money. The governance advisory firm, Ownership Matters, has detailed the way in which corporate Australia has rorted the Federal Government’s pandemic support scheme and is not being held to account.”

The safety of women in Parliament has to be above politics — Nicolle Flint (The Sydney Morning Herald): “At the 2019 federal election, I was one of the seven Liberals put on GetUp’s hit-list. I was the only woman, backbencher, and the only person who was not a cabinet minister or a former cabinet minister. GetUp made tens of thousands of phone calls calling me evil. They had a group of protesters who would regularly find me, and follow me around.”

How local content rules on streamers could seriously backfire — Amanda Lotz and Anna Potter (The Conversation): “This week, actors such as Simon Baker, Bryan Brown and Marta Dusseldorp were in Canberra. Their aim was to convince parliament to introduce rules requiring streaming services such as Netflix and Disney+ to spend 20% of their local revenue on new Australian drama, documentary and children’s content.” 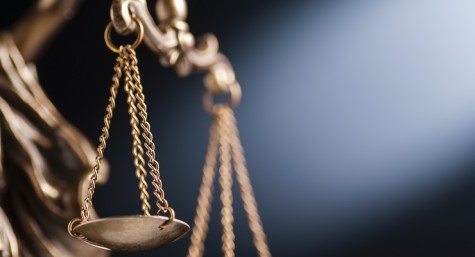