Media around the world is slowly pledging to do better when it comes to race. So why is Australia so far behind?

Across the English-speaking world, the media is grappling slowly, imperfectly, with its history of racism. Well, not all the world. Not in Australia, of course. Here, Australia’s lotus-eating media lives comfortably with the belief that the past lies contextualised in the past.

But now, with Victoria’s wide-ranging Yoo-rrook justice commission into the impact of colonialism and racist policies, Australia’s media will have to confront the truth of William Faulkner’s warning: “The past is never dead. It’s not even past.”

News Corp’s Andrew Bolt, drawing on his deep experience with anti-racism laws, immediately grasped the threat: “So Orwellian” he head-shakingly told the Sky after dark audience. Sure, if by “Orwellian” he meant the sort of rigorous bottom-up reporting giving voice to the voiceless on which George Orwell built his journalistic reputation.

It’s by bringing that sort of reporting to their own histories that news media outside Australia are coming to terms with their own past in an attempt to reset for the future.

Last November, it was New Zealand’s turn. Having shaken off Australian colonial ownership (successively over 55-odd years through News Corp, Fairfax and, finally, Nine), the now locally owned newspaper group, Stuff, went deep with its Our Truth, Tā Mātou Pono project reporting on how its own papers had contributed to colonial dispossession and racism. It headlined the launch: No matou te he [We are sorry].

The British media are the latest to the party, now (slowly, reluctantly) confronting their (not so distant) racism, thanks to last week’s intervention by Prince Harry and Meghan Markle. 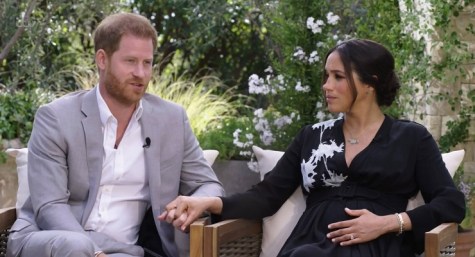 Initially, the agenda-setting UK tabloids hid behind the Queen, in a seemingly wilful blindness to the point the exiled prince and his duchess were making: the British media were to blame for the racist attacks on Markle; the failure of the palace was to be too intimidated to stand against it.

The UK reckoning is claiming its early casualties, with morning TV presenter Piers Morgan melodramatically walking out on air (perhaps to a safer gig with the Murdochs).

The British Society of Editors head Ian Murray resigned after too eagerly releasing a statement stressing that the UK media was not bigoted, complete with a foot-stamping “the press is most certainly not racist”.

The society’s industry awards are collapsing, losing both award nominees and their host in protest at the statement. From the other side, Morgan also pulled his nomination out because, he tweeted, “some deranged wokie is now going to make a fuss about this … So before they do I am cancelling myself”.

Daily Mail Online fulminated in a tabloid confusion of mixed metaphors that the woke wing of Fleet Street was throwing the editors’ boss under the bus.

It’s been one of those moments that disproves the old journalism adage about being right if you’re attacked from both sides.

In the US the media response is less entertaining but more substantive, as organisations report back from the analyses they commissioned in a rush in the midst of the Black Lives Matter demonstrations last year.

The New York Times released its report on how it intended to change its internal diversity and culture. Deep in the heart of Texas, The Dallas Morning News announced it was changing its parent company name to drop the reference to its founder, Confederate Colonel A. H. Belo. The Kansas City Star similarly removed the name of its segregationist-supporting founder from its masthead.

Last year, the Los Angeles Times started a trend by reporting its own failures on race with an editorial “apology and path forward”. The Philadelphia Inquirer, which stumbled with a “Buildings Matter, Too” headline last year, has released an independent audit of its existing coverage.

The Indian media is having its own reckoning with upper-caste domination of newsrooms, with repeated analyses showing the absence of Muslim, Dalit, and Avidasi voices from traditional media.

Meanwhile, in Australia? The tabloids dominate the news cycle on race with African gangs, women of colour breaching quarantine, and cartoons that are, apparently, not quite racist enough to fall foul of the Australian Press Council.

Outside News Corp, most of Australia’s traditional media — most journalists — recognise the problem. So, the first step? Maybe looking back on how we got here. 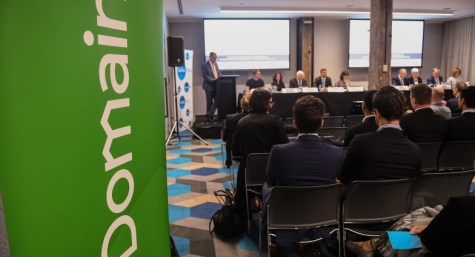 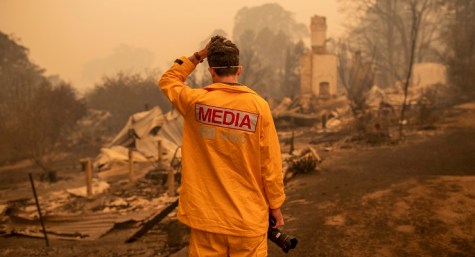 Media late to the game on ‘unprecedented’ fires