It's a very low bar that Prime Minister Scott Morrison sets for Australian society. And it just keeps on going lower.

Yesterday, after thousands of people gathered for the March4Justice in Canberra and in cities across the country, Scott Morrison — who refused to attend the event or accept a petition with nearly 100,000 signatures — said it was “a triumph of democracy” that protesters were able to attend without getting shot.

“It is good and right that so many are able to gather here in this way, whether in our capital or elsewhere, and to do so peacefully to express their concerns and their very genuine and real frustrations,” the prime minister told Parliament.

“This is a vibrant liberal democracy. Not far from here, such marches, even now, are being met with bullets — but not here in this country. This is a triumph of democracy when we see these things take place.”

The bar is so very low.

It’s not the first time Morrison has urged us to accept low standards in lieu of actually addressing issues. Over the past few years “be thankful” and “be grateful” have been trotted out on a number of occasion.

He’s said to be grateful that:

Australia hasn’t got racial issues After the murder of George Floyd in May last year sparked Black Lives Matter protests across the United States, Morrison said it was “wonderful” something so horrendous wasn’t happening in Australia.

“As upsetting and terrible that the murder that took place — and it is shocking, that also just made me cringe — I just think to myself how wonderful a country is Australia,” he said.

“There’s no need to import things happening in other countries here to Australia.”

No one died “I’m thankful no one died,” Morrison told Kangaroo Island residents in January last year in the wake of devastating fires. Two locals had died.

Australia is great even when on fire The PM’s new year message in 2020 was to be grateful we’re in Australia: the country was experiencing bushfires, drought and floods, five people were missing, two more were dead, and out-of-control blazes had cut off thousands in remote communities.

“The one thing we can always celebrate in Australia is that we live in the most amazing country on earth and the wonderful Aussie spirit that means we always overcome whatever challenges that we face that we always look optimistically into our future,” he said.

Kids grow up here “There’s no better place to raise kids anywhere on the planet,” Morrison said in the same 2020 message.

Maybe — if you’re a man. But let’s not forget his government canned free childcare before the pandemic was over, forcing many mothers into underemployment.

There are roads In response to criticism the latest budget totally ignored women, stimulated male-dominated industries and did very little to advance equality and address violence against women, Morrison reminded women to be grateful because they, like men, use public assets to function in society.

There were just 500 science, technology, engineering and mathematics cadetships for women announced in that budget.

He has daughters After former parliamentary staffer Brittany Higgins alleged she had been raped in Parliament House, Morrison consulted his wife and confidante, Jenny, who told him to think about it as if it were his daughters. To put it another way: be grateful he doesn’t have sons or he would have no clue how to feel.

He had time for a last-minute meeting Instead of meeting the thousands of protesters outside his workplace at yesterday’s rally, Morrison invited event organiser Janine Hendry for a private meeting. Superannuation Minister Jane Hume tried to convince Hendry she was lucky to have received the invite: “The fact that you’ve been invited is really, really exciting.”

The invitation was rejected.

Just how much do we have to be grateful for? Have your say by writing to letters@crikey.com.au. Please include your full name to be considered for publication in Crikey’s Your Say section. 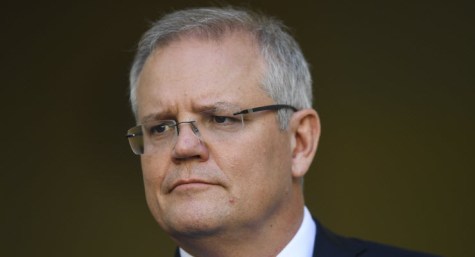 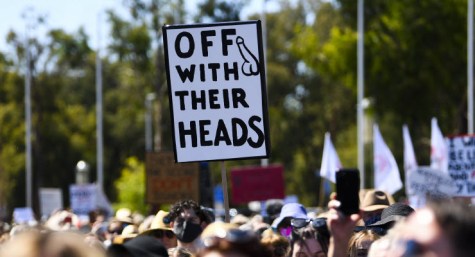 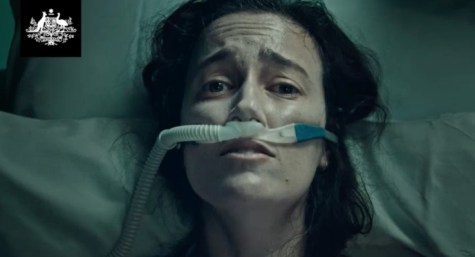 But look. His non-attendance at the event on his doorstep to explain his inaction was an inaction recursion. Think about it. He’s disappearing up his own exhaust pipe.

The comment regarding shooting & how good Democracy is, reminded me of Eddie McGuire being proud of being in a racist footy club: tone deaf & arrogant.

If you don’t think Aus political system is broken, look who can reach the top (& who can be the Deputy is even worse!!!)

I’m betting a Royal Commission is announced, so they don’t have to take action any time soon, if ever.

I disagree. He has consistently trivialised this issue since BH spoke out. The language about ‘concerns and frustrations’ paints this as nothing serious instead of endemic criminal behaviour. The internal measures and reviews already announced will be the only response. He is trying to shut this down.

Poor judgement is Morrison’s superpower. He uses it with regularity and unerring accuracy to turn opportunities into threats. He is a master of the dreadful, the turgid and the unthinkable. I give you, as examples, an Hawaiian holiday while the east coast burnt, dead-hand handshakes, and – for some historical perspective – applying military censorship to reporting of ‘on water matters ‘ (read military interdiction of refugees and migrants fleeing by boat to what they perceive as safety) in a country that proclaims itself a democracy.

Well said. Indeed, a “liberal democracy” – with an upper case L. Never let it be said the Prime Marketeer would EVER miss an opportunity to turn any tragedy into a self-promoting campaign moment.

The Shire will always vote for a Lib.

Yes. But in a small blessing PH’s rabble, which contested all 59 seats in WA on the weekend, lost 2/3rds of its already small WA vote.

Sorry, Yossarian, I’m a Queenslander, but I have absolutely no idea how these people manage to get elected into government and then to stay there.

Sadly you may well be right. They did vote a Labor MP in – once and a long time ago. I live in hope.

I’m not going to list all the issues – I’m just going to play the man. Morrison is an OLD man. O-Odious, L-Lying and D – well you can guess that one.

Many words starting with D relate to him – Deceitful, Dumb, Duplicitous, Dangerous, Deplorable, Diabolic, Disgusting, Distrustful, Dodgy and many more!