As Australia winds up JobSeeker and JobKeeper, the US is injecting trillions of dollars into its economy. How do the two stimulus packages compare?

America — vaccinated and stimulated — is strutting into 2021. The medical fraternity is pumping vaccine into the American people, and Joe Biden has given the US economy a real shot in the arm with a whopping US$1.9 trillion in stimulus funding.

(Trillions are a problem, as we have noted in these pages before! But they are upon us and hence a problem we must begin to tackle.)

Meanwhile Australia — unvaccinated and increasingly unstimulated — limps toward winter. Victoria’s fearless leader has broken his back. Who takes up the fight if a COVID variant invades again? There will come a lot of cooler months where viral transmission is likely before Australia is properly vaccinated. And in these months we will also have to deal with the end of the JobKeeper and JobSeeker programs. Can we cope without these fiscal stimuli?

So why is Biden ramping up stimulus while Scott Morrison is tamping it down? Is America’s economic situation so parlous as to warrant a late proton pill just as Australia is weaning off their own? 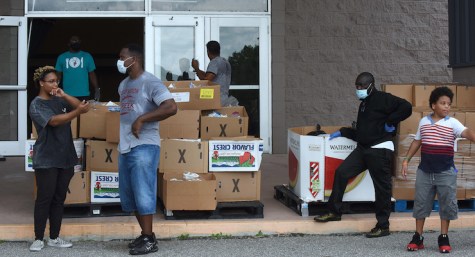 America’s economic growth between December 2019 and December 2020 lags behind Australia — that much is true. The US economy shrank 2.4%, compared to our 1.1%. But the US unemployment rate is lower than ours, at 6.2%. We are at 6.4%. From this perspective, we could certainly use extra stimulus.

Australia’s COVID stimulus was, at one point, the second biggest in the world. Cast your mind back to last March: the month was marked by three joint appearances of prime minister and treasurer, each one heralding a bigger and bolder economic rescue package. First came $750 payments, then the doubling of JobSeeker, and finally the elephantine JobKeeper package. We went hard and we went early.

The US response, thanks to Trump, was much more delayed, such that they are announcing their “final round” of stimulus almost a year after Australia.

Turkish economist Ceyhun Elgin and his colleagues have been collecting data on the fiscal response in various countries. The following chart shows the top spot is occupied by Japan, with Australia in the top 20, just below the US.

But this was prior to the US announcement of a further US$1.9 trillion in subsidies last week. That’s 9% of US GDP all on its own. This huge boost will take the US into third spot. It also takes the nation’s debt level to a new record.

Does the US really need stimulus of 9% of GDP when its economy fell just 2.4% over the last year? The topic is extremely controversial, but former treasury secretary Larry Summers has raised concerns. He has warned of a too-hot economy and inflation getting off the hook. And nobody wants to go back to the destructive inflation spirals of the 1970s.

In Australia the prospect of inflation looks rather more remote. Debt is another interesting point of comparison between the US and Australia. They have national debt over $26 trillion, which is more than 100% of GDP, while we have national gross debt of 45%, and forecast to rise to just over 50% of GDP. More stimulus, should we need it, is certainly possible without hitting debt levels that would raise eyebrows.

America’s late and large stimulus seems likely to drive its economy forward through 2021. It should take unemployment way down, in the direction of the three-point-something-percent levels it enjoyed in 2019. In Australia, where the fiscal taps are being turned off before the pandemic is over, the unemployment rate is forecast by the Reserve Bank to still be 6% at the end of 2021.

Can Australia expect economic growth and reductions in unemployment absent stimulus? Some, of course. But unlike America, we’re not going to get upside from an actual reduction in infections. Most states have had basically no infections. Our economies are fairly open, internally.

Eventually we will get the upside of a return in international travel, but that is likely to be an advantage only so long as it is inbound not outbound — Aussies have a very strong tendency to go overseas and spend money there. Most of our advantages are already baked in.

Australia’s stimulus approach started out looking bold; but by the end of the pandemic, it was clear we had chosen a relatively conservative approach. If debt does turn out to be a long-term problem, then we’ve been wise. If the long-run effect of stimulus is more important than the short-run effect, we may rue our willingness to cut things short. 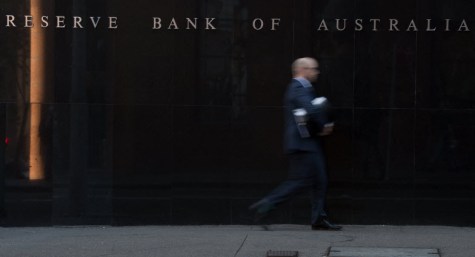 I agree the coalition has been very short-sighted in cutting off stimulus too soon, but are we really looking to the US as an example? Those unemployment figures don’t mean much when taking into account the extremely precarious nature of work and lack of social safety net, not to mention laughably unaffordable healthcare.

Just another of muppet visionlessness.

I would not be listening to Larry Summers.
He is still stuck in a time warp around the collapse of the Bretton Woods system and is still drinking the Koolaid dispensed by Milton Friedman and his Economic Theory that has led to neoliberalism and that has failed every test where predicted outcomes have not occurred.
You are right Jason, if you are suggesting that we have not gone hard enough with economic stimulus and that we can afford it and, if you said this, our children and grandchildren will NOT be paying our debt off

Thanks Ken, while knowing Larry’s name I wasn’t aware of his ideological bent. A Friedmanite, aye, that explains it a bit. Most economists haven’t got their heads around the collapse of Bretton Woods and the gold standard, and they too are still stuck in a conservative fear of inflation – still fighting the last war. And yes, no debt to pay off if it is all owed to the Reserve Bank (here) who just create money.

We could really use some figures on what debt we have that is real debt, actually owed, mostly between consenting corporates, and what is confected debt, money owed by government to the Reserve via bond holdings. It’s a furphy.

“More stimulus, should we need it, is certainly possible without hitting debt levels that would raise eyebrows.” – What does “raising eyebrows” actually mean in real terms? Who’s eyebrows and why do they care?