The cruel of law

Good morning, early birds. MinterEllison chief executive Annette Kimmitt has left the law firm after its board decided "her services were no longer required" following an email she sent raising concerns about taking on Christian Porter as a client, and the Morrison government is set to halve the price of nearly 800,000 airline tickets. It's the news you need to know, with Chris Woods.

According to the AFR ($), MinterEllison chief executive Annette Kimmitt has left the law firm after its board decided “her services were no longer required”, following news she emailed staff last Wednesday to say that taking on Christian Porter as a client had “triggered hurt” for her and to apologise for “causing hurt” to employees.

In a response to that email, firm partner Peter Bartlett had told staff he had been thanked personally by the Prime Minister’s Office for advising Porter on historical rape claims and that Scott Morrison and the attorney-general “are the leaders of one of the firm’s largest clients”.

As The Age reported on Tuesday, MinterEllison is currently working on $93 million of government contracts, with some staff reportedly concerned their handling of the allegations, which Porter denies, could threaten this relationship.

Firm chairman David O’Brien reportedly told partners just before 10pm last night that Kimmitt had worked her last day after they had “mutually agreed” on her departure; the AFR however had earlier yesterday reported on Tuesday’s decisive board meeting, when sources initially believed there would be no announcement for about two months so that the firm was not seen to be making a “knee-jerk reaction”.

PS: On the other side of politics, former Labor adviser Anna Jabour has written an op-ed at news.com.au describing Parliament House as the “most misogynistic workplace” she had ever entered and, specifically, about being “coaxed into bed” and never spoken to again by a senior colleague.

THE FIRST RULE OF FLIGHT CLUB

The Morrison government is set to halve the price of nearly 800,000 airline tickets as part of a $1.2 billion tourism package aimed at domestic holidays, which the ABC notes also includes funding for Qantas and Virgin to keep international flight workers employed, and planes in a condition to resume service when borders reopen.

Between April and July, 50% discounts on tickets will be offered for flights to and from the Gold Coast, Cairns, the Whitsundays region, the Sunshine Coast, the Lasseter region (which includes Uluru), Alice Springs, Launceston, Devonport, Burnie, Broome, Avalon, Merimbula, and Kangaroo Island.

Considering this government’s proclivity to use these kinds of scheme for pork-barrelling — i.e. sports rots, community safety grants, the Community Development Grants program, etc etc — the ABC has done a handy guide to how those 13 destinations tend to vote; all are either Coalition (safe or marginal), Labor (marginal) or Other (marginal) save for Avalon (Labor, safe).

More than 20 disability organisations have called on the Morrison government to abandon a plan to require all current and future National Disability Insurance Scheme (NDIS) participants to undergo independent assessments, a process the ABC reports will force people to explain often complex support needs to a stranger in less than three hours or risk losing funding.

While NDIS plans are currently determined by reports from medical professionals and specialists, draft legislation to be released shortly — and aimed to come into effect by the middle of this year — would force participants to have their assessments looked at by an unknown allied health professional in a meeting lasting between one and three hours.

In a statement to the Every Australian Counts website, people with disability, their families and advocates have accused the government of rushing the “tick-a-box” assessments because of a “desire to cut costs.”

PS: The Australian ($) reports that the Coalition’s industrial relations bill faces significant crossbench pushback beyond even concerns over Christian Porter’s absence, with Stirling Griff calling for changes proposed by the Law Council (i.e. giving casual workers access to arbitration where an employer denies a request to convert to permanent employment) and One Nation to seek amendments related to casuals, greenfields agreements, protections for workers in enterprise agreements, and more.

According to RenewEconomy, the Australian Energy Market Operator has welcomed EnergyAustralia providing notice of an accelerated closure date for the Yallourn brown coal power station, noting the shift from 2032 to 2028 — apparently due to cheaper renewables entering the market and the site’s ageing infrastructure — and plan for a 350MW giant battery facility as “a considered market response to facilitate an orderly transition of the National Electricity Market”.

While EnergyAustralia’s plan was also welcomed by Victorian energy minister Lily D’Ambrosio for including investments in worker transition initiatives, Energy Minister Angus Taylor has unsurprisingly stoked fear over blackouts and power prices, even invoking the closure of Hazelwood — despite EnergyAustralia providing well in excess of the of the five years of notice required by the Victorian government — and calling for a “dispatchable” replacement without justifying why (The Australian $). Note that just last week Taylor launched a $50 million fund for that tried and true energy technology: carbon capture and storage.

Finally, The Age reports that Dan Andrews could could be off for up to three months after injuring himself in a fall, with the premier remaining in intensive care at The Alfred and the Premier’s Office noting only there is no “immediate” need for spinal surgery. A government source suggests, however, there is a greater than 50% chance he will eventually require surgery.

We’re talking about the most serious offenders here and our country is safer for having deported them.

It’s taking the trash out, then we can make Australia a safer place.

Speaking about cosy exclusive footage handed to Channel 9, the Home Affairs minister gloats over the first flight of 2021 to deport New Zealand citizens who, since 2014, only need to have been sentenced to 12 months or more to have their visas torn up.

“Yesterday’s prime ministerial address to a conference organised by The Australian Financial Review was cosy, business-as-usual stuff — with the emphasis on business.

“The standard drop to selected media outlets the day before. The usual ‘the prime minister will say’ morning articles. The self-congratulatory pabulum from Morrison. The facile editorial write-up by the Fin — complete with its ‘Team Australia’ invocation, as if the only team the Fin cares about isn’t strictly limited to large corporations.

“The address by the Reserve Bank governor this morning, however, illustrated just how disconnected from economic reality Scott Morrison seems to be.”

“This morning Prime Minister Scott Morrison said Christian Porter is an ‘innocent man under our law’.

“The PM previously decided there shouldn’t be an inquiry into the suitability of Australia’s first law officer to keep his position after a series of allegations of sexism, sexual misconduct and rape. Porter strenuously denies the allegations.

“Morrison based his decision on absolutely zero expert opinion and didn’t seek out the solicitor-general’s advice. His own two cents (and we can assume Jen’s guidance) was enough to do away with the serious claims put forward by a woman who later took her own life.”

“After a week or so of madness, there is time to pause and reflect. I have spoken with a vast array of media people as the Christian Porter story unfolded, been asked 1000 questions and mostly replied with: ‘I can’t comment on that.’

“I have some observations.

“Like all society-shaking stories, this one is playing out at two levels: cognitive and emotional. The media’s open narrative has focused on the true crime saga, the attendant morality play and the deeply and deliberately confused debate over the rule of law.”

Victoria goes it alone with electric vehicles tax this year

Hopes NSW grant of $1.2m will ‘open door’ to finding cause of eucalypt dieback

Coronavirus: States volunteer ‘to get vaccine rollout up to speed’ ($)

To save himself, PM must sacrifice Reynolds and Porter ($) — Niki Savva (The Australian): “Tony Burke has a rueful perspective on polls, which he often shares with people who think Labor should be ahead in every one of them. Burke, one of Labor’s chief ­tacticians, opposition industrial relations spokesman, and unwavering supporter of Anthony Albanese, reminds them: ‘For six years we won the election every weekend — except the weekend it was actually held.’”

No amount of government subsidies can halt decline of gas — Bruce Robertson (RenewEconomy): “EnergyAustralia announced Yallourn will be replaced with a 350 megawatt (MW) ‘giant battery’ to be completed by 2026, with four hours storage. Batteries are replacing coal, not gas. And yesterday it was discovered the Australian Government had turned to Boston Consulting Group to design a plan to dole out hundreds of millions of dollars in gas-fired recovery money. These generous subsidies, however distributed, will fall on an industry in decline that will not stimulate the economy””

The dysfunctional, callous royal family is a profoundly weird thing for Australia to hitch our cart to — Martin McKenzie-Murray (Guardian Australia): “Imagine being born into a silk straitjacket, then pushed upon a theatre stage. Your cord cut, you are now a permanent actor in Britain’s public life. As an infant, your burbling will captivate a kingdom. At 12, it will be your grief — millions will watch your little legs shuffle behind your mother’s casket.” 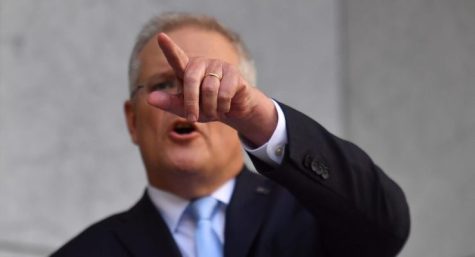 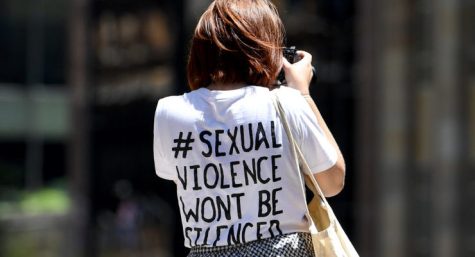 Geez – now my minds off again.
Now I’m wondering if Scotty FM rang Bartlett and “let his displeasure be known” at Kimmitt’s utterance – while thanking him for his company taking on Porter – floating (like a PR bubble) some idea about the value of his government’s business to the firm?
If – during the same call – it had “slipped” Scotty’s mind, he also asked something like “Just how much worth of business do we put your way Bartto? I bet there’s others that would do anything for that …..”

…. And any truth in the rumour that Parliament House is to be renamed “The Frat House”?

“NDIS by the Numbers”?
If form’s any guide, I wonder if there’ll be some sort of return business “incentivisation” to save money by denying (for whatever “reason”) access to as many as anything?

That also carries the extra “bonus” that such a “farming out” will leave Scotty FM and his knot able to farm out blame when this, their latest merde inevitably hits the fan – to be splattered against that already sagging, “over-fertilised” wall.

And bugger. For a moment there, reading that quote, I though Spud was getting serious and talking about deporting himself and the rest of his government?

I suppose I shouldn’t be surprised, but it’s clear the most interesting thing Crikey thought Savva said in her article entitled “To save himself, PM must sacrifice Reynolds and Porter’ was more scuttlebutt about the Labor party’s electoral performance and Albanese’s leadership.

And another woman thrown under the bus. And still no man has suffered any consequences at all