APRA says problems and poor underwriting have cost billions in recent years, and the situation is much worse than just premium rises.

The Morrison government’s superannuation policy consists of devising ways to destroy the sector as part of the Liberals’ forever war against industry super funds.

It wrote to all life insurers and registrable superannuation entity licensees urging them “to address concerning trends and practices in the provision of insurance to superannuation members”. 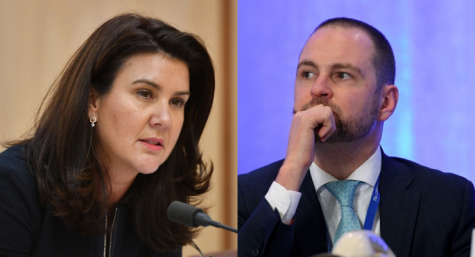 Listed companies in the life sector include AMP (indirectly through a shareholding in Resolution Life, the old AMP Life business), Clearview Wealth, and Suncorp. Others include Zurich, AAMI, Noble Oak, Medibank Private and its affiliate AHM, Suncorp, Clearview Life, TAL Life, AIA Australia, the various insurance arms of big banks which are now mostly foreign-owned (such as MLC and Westpac) and MetLife.

Most superannuation fund members have life cover and in many cases add-ons like TPI (totally or partially incapacitated or income protection) policies. About 70% of Australians with life insurance have it via their super fund.

But the sustainability of the super life sector is now an issue. Claims problems and poor underwriting have cost the sector billions in recent years; some companies left the sector and others, such as AMP, were forced to raise capital and write off huge losses.

These problems didn’t arise from COVID-19 — they were there in 2019 and in some cases as far back as between 2012 and 2016. In the past, such problems have led to losses, big premium rises, reduced cover and what APRA called “a poor outcome for members”.

APRA says those problems have re-emerged, “accompanied by a deterioration in group life insurance claims experience and significant impact on life insurer profitability”.

Volatility in premiums and less cover are again likely to be the result.

Earlier this month APRA revealed some details of the life sector’s revenue collapse in 2020. Net policy revenue fell 9.3% to $14.4 billion but investment revenue slumped to a loss of $300 million from 2019’s total of more than $24 billion.

Total revenue for the sector plunged 69% to just $13.3 billion before releases from reserves to enable companies to meet claims and pay other costs. Total assets fell more than 35% to $132 billion (from $202 billion).

In its letter, APRA singled out individual disability income insurance (also known as income protection insurance) which it said “reported a substantial loss, primarily driven by loss recognition as adverse claims experience persists. Individual lump dum insurance, while still profitable, showed a deterioration in profit over the year.” This has been a long-running problem area within life cover.

APRA warned life insurers and superannuation funds “to take steps to ensure that insurance offerings and benefits are sustainably designed and priced, provide appropriate value for members, and adequately reflect the underlying risks”.

And it’s worse than just premium rises. APRA is sufficiently concerned that “the ongoing viability and availability of life insurance through superannuation may be at risk, adversely impacting access to life insurance cover for a large part of the Australian community”.

That is, it’s bad enough to be a systemic problem in the principal means by which Australians access life insurance. 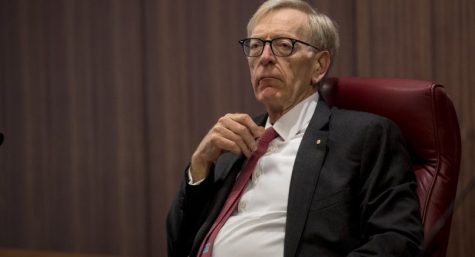 Is this why I received a letter from my Super last week informing me of a fairly hefty premium rise?!

Another big aspect that the article doesn’t mention is a piece of legislation called PMIF ‘Putting members interests first’. It means that Superfunds cannot automatically give you insurance (opt-out) unless you meet the following criteria:

This removed HUGE amounts of members from insurance and in particular the young people who subsidised the older ones. So, premiums had to be raised in order to compensate for this. It is also what contributes to the huge loss seen in 2020.

I have long held the belief that the job of the news media is to report the news in unbiased terms and to permit the audience to reach its own conclusions on the ethics and so forth of those involved. I am so disappointed to see the bias and sensationalism sneaking into Crikey. I subscribed to Crikey wanting to invest in professional, unbiased and ethical news but I am starting to see journalists’ own views and emotions increasingly on display in your coverage. The Murdoch press is undeniably distorted toward the right and the ABC is inappropriately biased toward the left and Labor (inherent bias really because of the union history) and so I really strongly and passionately believe there is a wonderful role for Crikey to simply and professionally report the news.

The reporting by many journalists of the Christian Porter alleged rape 33 years ago when he was 17 and the victim 16 contains so many elements of the Azaria Chamberlain affair. Certainly call for an inquiry but don’t vilify an individual with there being so many questions up in the air?. I believe the media owes this to our society lest I believe Australia’s culture will change irrevocably for the worse.

Dear Anne Chidgey. Porter carries history and does not satisfy the ” Caesar’s wife being above suspicion” criteria as our first law officer.

I disagree the ABC is slanted leftwards. My argument is the same as yours – because I think so.

what’s this go to do with super and life insurance?

All media left and right is slanted against Russia and China, they will rub each others backs when they feel the need.

‘There being so many questions up in the air’???

Julia Gillard apparently always had “questions to answer”, even after she stood there for hours answering them, until the journalists were exhausted and could ask no more. If you’re going to use ‘questions to answer’ in a pejorative sense – and bring Azaria Chamberlain into the argument – I think you need to present a few more facts to back yourself up.

By international comparisons Australia appears in the top 5 nations for retirement income sustainability due to several superannuation ‘pillars’, including industry funds and not being reliant upon a pension system only.

However, along with large retail funds, media and think tanks like Grattan Institute, they have focused upon perceived &/or promoted negative issues of super, based on past and existing mechanisms e.g. generous tax breaks given to wealthy on contributions, while suggesting a return to pensions at the expense of super, while disregarding future demographics?

Not only does this ignore future demographics of ageing and need to take increasing pension pressure off budgets, but it’s opening the door for ‘retail’ funds’ advantage and political agitprop for the LNP, NewsCorp and the IPA to attack and weaken industry and/or independent funds i.e. unions and anything empowering…..

According to PRI on Private Retirement Systems and Australia ‘Not-for-profit super funds have captured market share from retail funds‘; me thinks this is a central issue with former being more competitive than the latter, and demanding the govt. do something….