From Bundaberg to the world: Greensill is a multibillion-dollar corporate calamity

Lex Greensill is no longer a knockabout Bundaberg lad. He's now at the head of a spectacular corporate collapse.

Well, that escalated quickly. Three weeks ago, Lex Greensill was fated as one of Australia’s richest people, the Queensland farmer who created a financial powerhouse worth $6 billion. Now, it’s gone.

It’s been a while since we’ve had a genuine big corporate collapse. But with Greensill Capital belatedly slipping into insolvency yesterday, we’ve finally got one.

Not all business collapses are equal. Some figures, like the high-flying Alan Bond or Christopher Skase, become intergenerational memes for greed. Others, like the late David Coe of Allco or Blue Sky’s Mark Sowerby, are able to escape with a large degree of anonymity and millions of dollars of lucre invested in houses and cars safely ensconced in their spouse’s name. 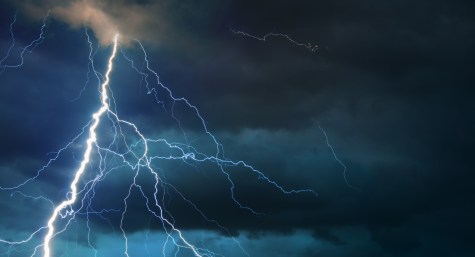 How did it all get so dark and stormy for Blue Sky?

It took the business media about a week to realise that the UK-based Greensill was no longer a knockabout Bundaberg lad anymore — instead, he’s the author of a multibillion-dollar calamity. The true scale of this calamity won’t be realised for months, if not years. Some have speculated it could also seriously impact the insurance goliath IAG.

Lex was the founder of Greensill, his eponymous business factoring house that somehow managed to bluff just about everyone that it was some sort of agile fintech enterprise. Originally working for banks like Morgan Stanley and Citigroup, Lex started his own supply chain finance business in 2011. This of course was not a new business model. Lex had been doing the same thing himself at the big banks and people have been selling receivables for centuries.

The model works like this: let’s say you were a fit-out business which was owed a few million dollars by a large business, say Telstra or CIMIC. Instead of being paid by Telstra in 60 or 90 days (their common terms for smaller suppliers), a factoring business like Greensill would pay you say 95% of what was owed, and chase Telstra for the full amount.

The concept is meant to be a win-win, the customer gets paid quickly and the big customer gets to continue to extend onerous terms onto its small suppliers. Lex managed to sugarcoat his factoring business with his Bundaberg shtick and goofy smile, but it’s not as sunny as it first seems.

Factoring is a useful tool for bullying small suppliers: it allows big businesses to force long payment terms on suppliers and make the supplier pay the cost. It’s also a handy way for debt-laden enterprises to hide the scale of their borrowings. British building company Carillion collapsed in 2018 while reporting net debt of £219 million, meanwhile it had another £400-£500 million in additional factoring which hadn’t been properly disclosed.

As the world has found out this week, Greensill wasn’t a technology driven finance innovator, but essentially a terribly managed bank. Upwards of 80% of Greensill’s exposures was to as few as five businesses — the largest being owned by teetering Indian-Anglo steel baron Sanjeev Gupta. Greensill also lost millions lending to failed retailer BrightHouse and Shop Direct.

The predominant genius underlying Greensill’s business was that it managed to (until last week) convince insurers and investors to assume the risk of its idiotic lending practices.

Greensill would package its debt (which is an “asset”) and sell it to funds managed by Credit Suisse.

If this sounds familiar, you’re right — this was pretty much the exact model that led to the global financial crisis, where home lenders essentially packaged up high-risk home loans and sold them as mortgage-backed securities.

To make the investment more palatable for yield-hungry investors, Greensill would get insurers like IAG and Tokio Marine to cover some initial losses from the portfolio. What tipped Greensill’s eventual collapse was the insurers finally catching on to the horrific loan book Greensill was managing and opting out. That meant Credit Suisse and GAM wouldn’t be able to sell the funds and Greensill would quickly implode under the weight of its terrible loan book.

Greensill’s collapse will not only impact IAG but also SoftBank’s Vision Fund, one of its major investors. The fund is the plaything of billionaire Masayoshi Son. He pumped US$1.5 billion into Greensill (now written down to zero), which joins other investments like WeWork and a dog-walking company.

But even without looking at Greensill’s blood-stained loan book, sirens should have been sounding over the fact the finance business, itself less than a decade old, owned a fleet of four private jets including a US$50 million Gulfstream G650. 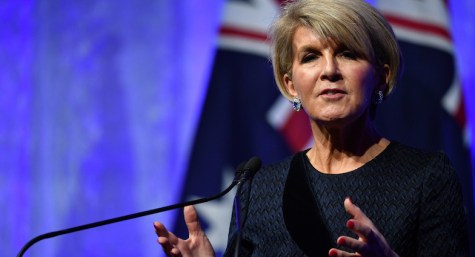 Greensill had not one but two politicians advising it. There was Julie Bishop (whose brief reign as shadow treasurer ended after she lost the confidence of her colleagues) and David Cameron (the prime minister for Brexit). Thus Greensill joined luminaries like Theranos, MFS and ABC Learning Centres as businesses overseen by former politicians.

The analysis of Greensill will soon morph from how the calamity occurred (answer: greed and stupidity) and towards an analysis of the victims of the collapse.

Questions will also be asked of just how much Lex Greensill and his brother Peter (both still AFR Rich List members) managed to siphon off before the inevitable implosion. Lex is believed to own more than $150 million of property.

Once again, it shows there’s good coin in being a terrible businessman.

Adam Schwab is the author of the best-selling Pigs at the Trough: Lessons from Australia’s Decade of Corporate Greed, an analysis of the Australian calamities of the global financial crisis. He is a director of Private Media, which publishes Crikey and Smart Company. 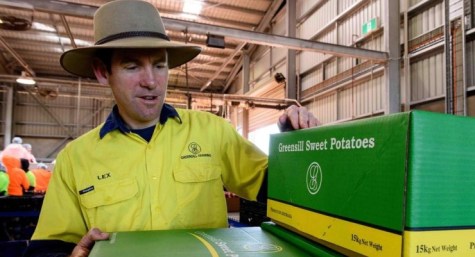 Got tipped off listening to Grubstakers podcast last November on how this was likely to be a total disaster. That it wastes SoftBank’s money – and by extension, that of Mohamed bin Salman – is the one upside, but all the usual suspects will walk away with their money and leave the rest of us leaving the bag.

Three weeks ago he was feted. Fate has befallen him since then.

That spell check is a beggar! lol!

Short term debt finance, aka factoring, has been around for years. Westpac’s AGC, now defunct, were specialists at it. Even today all the major banks have an arm, albeit sometimes hidden, that specializes in this fine art. It can work well, but the door is always open to “ghosting” or better said bodgie invoices. The smart factoring financiers insist on security like real estate. But there in lies the problem. If real estate security is required then potential customers might as well go to a bank and extend their overdraft. This leaves factoring finance companies to take huge risks, as with Greensill, and fund unsecured other than the invoice. If it’s a real one.

Adam, this article is you back to your best. It’s informative, helpful and enlightening. Great reading. Here is an offer. I will fund Crky’s invoice debts on a secured monthly basis for an agreed length of time at zero interest. Only one condition. That you stop doing the travelogue anti pro-choice diatribe and concentrate your expertise and valuable energies on business and finance articles.

“greed and stupidity” – I get the “greed” part, but where is the “stupidity”? – from what I understand, he’s made a fortune and other people will end up carrying the can – unethical? sure, but stupid?

The moral to this story, if you’re a small business then don’t deal with late paying corporations if you can’t afford the wait.

Agreed, but the hurley-burley of business is far from a perfect world. And the temptation for any type of new business is often too great and sometimes essential just to survive. Some of the worst payers to SME’s are govt agencies and multinational corporations. Probably no surprise.

Temptation is the key word. You’re correct though, I did one government contract and never again. If we contract to a large builder payment terms are agreed before we start otherwise we walk. A job is never complete until the money is banked.

I recall working for a medium sized business that had won a deal with a multi-national. Our terms were 14 days. We’d offered 30. They told me that there standard terms were 90 days, with the minimum they could possibly contemplate was 60 days. Implication? Take it or leave it.
I called his bluff and replied that if their cash-flows were so constrained that they could not manage to pay their debts as and when they fell due, we would need to reconsider our bid on account of the solvency risk of our (household name) customer, possibly including a Dun and Bradstreet review…
They agreed to 30 days.
People respect strength, and you always need to be willing to walk away, or price in the cost of finance.

You were wise indeed.