The privilege, prestige and power of the attorney-general's role demands an inquiry, most Crikey readers agree.

Crikey readers came out in force to continue Leslie Cannold’s Both Sides Now debate on whether Attorney-General Christian Porter should be stood aside while an investigation takes place — and whether an investigation should take place at all — into allegations made against him. Porter dismissed the idea of standing down during a statement denying the allegations.

And while readers had a good idea of what Cannold was getting at, as always there were many sides to the issue. Here’s what you thought:

I think an inquiry is vital regardless of whether Porter is shown to be innocent (or guilty) because the allegations throw a dark shadow over the office of the A-G as well as the A-G himself. Personally can’t stand the man but he has a right to an inquiry. Weird he doesn’t want one.

I firmly believe that Porter should resign or be sacked. Whether he is innocent or not, his integrity and honesty are in question and will forever be questionable. That makes his staying in a position as a minister untenable as the Australian public — the voters — do not trust or have faith in him.

The misogynistic “boys’ club” attitude and lack of accountability and transparency from the federal government consistently undermines Australian values, procedural fairness and the rights of all people to be safe in the workplace — or anywhere, for that matter.

Scott Morrison and his current cabinet are out of touch with what Australians value and want and their lack of support for women in parliament and elsewhere is not appropriate or consistent with what politicians’ standards should be.

There needs to be an independent inquiry. Porter will not be convicted but the nation pays his wages. He and Morrison are paid by the Australian people and we want — as do the woman’s parents — to know this is being addressed properly.

Yes, we understand that a police investigation is not possible but that does not change the fact that the deception, lies and boys’ club in Parliament must be investigated. How women’s claims are dismissed while men’s claims are held up as the God’s truth are absolutely soul-destroying.

No one is perfect. Porter has made mistakes in his life, and who hasn’t. But to condemn him for something which may or may not have happened without definite proof? No, he should not have to resign.

Porter maintains he is the senior law officer of the land. This is indeed a position of honour and more than anything should be seen that way. Should he stand down while an independent investigation is conducted? Well, if he was a teacher would he be asked to step down for the duration? A rhetorical question. Of course as he absolutely would.

If there is any hint of impropriety or any possibility of being unfit for office there should be an immediate investigation, providing there is some credible information. There is some precedent in these matters, even in politics. Neville Wran, while premier of New South Wales, stepped aside as an investigation was conducted — although it is arguable he was not particularly a pillar of the political culture.

Cannold’s case for an investigation is compelling. However, her case against is a rehash of all the glib Morrison comments. She also states in that case that the private lives of consenting adults should not be held up to public scrutiny. The flawed premise is that there was consent. The assertion of rape precludes consent. Does Cannold believe there should be an investigation? I believe she does.

My view is that an inquiry is essential because of the privilege, prestige and power invested in the role of Commonwealth attorney-general, and the unresolved question mark over the fitness of the incumbent.

The circumstances of the accusations raise the kinds of questions that ought to be assessed by the most highly competent minds, as independent as possible of political interference, and with terms of reference that are not contrived in the manner of numerous other political inquiries this government has instituted.

It may be impossible to determine the truth adequately to determine whether Porter is a fit and proper person to continue in any role as a minister of the Crown, let alone attorney-general. In my opinion, the public good of having a person of the highest character in such a role is fundamental.

Without an inquiry, the question will hang over Porter unresolved. It is impossible to resolve by stonewalling the issue. 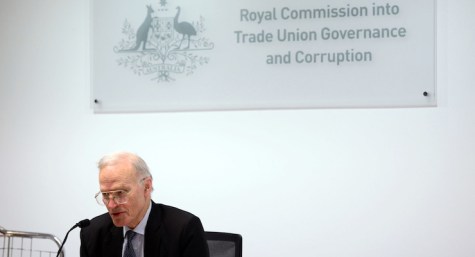 If governance is agreeable to try and normalise lying and cheating as normal – par for the (their) course – we are approaching collapse.

We do expect that the position of Attorney General must be held by a person who satisfies the “Caesar’s wife” criteria.
Porter fails this even without reference to any alleged rape.
Robodebt,
liaisons in public bars,
stacking AAT with unqualified persons
and his ” I move the member be no longer heard” shutting down of traditional parliamentary debate

Fun fact:
Bernard Joseph Edward Collaery (born 12 October 1944) is an Australian barrister, lawyer and former politician. Collaery was a member of the Australian Capital Territory’s first Legislative Assembly for the Residents Rally party, from 1989 to 1992. He served as Deputy Chief Minister and Attorney-General from 1989 to 1991 in the Kaine Alliance Government.

GolithaFalls
Reply to  Easy as PI

Thanks for reminding us of the “rule of law” .Not so funny when the tawdry prosecution is known. Or rather “if”……

When has Porter shown any sort of integrity or honesty?

His use of the court system to persecute Collaery and K, to hide the actions of a previous Coalition government, has been duplicitous at best – if not down right complicit after the fact, by trying to cover it up after the fact?.

A-G during the reign of Scotty FM’s Robodebt ethical monstrosity – including it’s continuation after it’s legality was shredded – washed away what “fit and proper person” moral high ground he may once have occupied?