We must keep marching forward and calling out those who are accountable for women's inequality — particularly those in Parliament.

There has never been such anger, hopelessness and sadness amongst Australia’s women. It’s not just that there are continuous claims of misogyny, sexual harassment and sexual assault streaming out of Parliament House; what hurts most is the official response.

It’s been nothing less than dehumanising. Regardless of the intention, it sends a message to women: we don’t care if you’re not safe, we don’t believe you, and there will not be consequences for hurting you.

There is no suggestion that any allegation should be allowed to destroy a career, nor should “trial by media” be considered an appropriate way of passing judgement.

But the inverse should also not be considered suitable. Serious allegations must not be brushed aside, dead women should not be implied to be liars when they lack the ability to reply, and necessary inquiries and investigations should not be dodged.

Yet this is exactly what’s happening. There have been multiple allegations of chronic misconduct relating to MPs, there appears to be a serious problem with women’s safety and sexual assault in Parliament House, and a woman who has documented historical rape allegations has suffered greatly and been denied justice — her death representing a convenient loophole to evade anyone looking too closely at what may have happened.

Even as a woman of privilege, harmed by men only on the career ladder, I feel despondent about recent events. For women who have survived sexual assault and violence, this week has been deeply triggering and re-traumatising. It’s hard to move forward when justice is always denied.

So here’s where we need to change our usual course of action. We cannot let the news cycle move forward, slowly forgetting the misogyny embedded in Parliament and our government.

A smirk and a hurried brush under the carpet cannot be seen as the end of this story. Instead of debriefing only with hugs, support and shared tears, let’s also get angry and use our righteous rage and solidarity as a cathartic call to arms.

In can be hard to know exactly what to do, but there are small and large actions that both empower us and make change.

It takes less than one minute to sign a petition, so I fell back to my trusted mode of effecting change and started a petition with my colleague Dr Anita Hutchison, calling for an inquiry into safety for women at Parliament House.

This is now going to happen, led by Sex discrimination commissioner Kate Jenkins. We have also asked for Attorney-General Christian Porter, the minister at the centre of the rape allegations, to be stood down until an independent inquiry has assessed his suitability for office. (Porter denies all allegations.)

Readers are invited to sign the petition, and to maximise your impact, you can share it. We have already attracted more than 70,000 signatures.

Another way to connect with like-minded people is to attend rallies.

March 4 Justice is preparing multiple marches on March 15, the first day Parliament is sitting since recent events occurred. For those unable to attend marches, there are also behind-the-scenes way to contribute.

Less obvious ways to make your voice heard include making yourself aware of how to support women who have been abused — know your local domestic violence shelters and sexual assault support lines, know what to do if someone is raped, know how to recognise grooming and abuse and how to call it out.

If you’re a reader, keep up with the literature on modern misogyny in all its guises, and share links and thoughts on social media.

The level of naivety and internalised misogyny amongst the community with regards to these issues needs to be repeatedly challenged.

Perhaps remind people that less than 10% of rapes are ever reported, and of this number less than 5% are labelled as false. False claims include retracted claims, often driven by the trauma of reporting.

Conversely, around 25% of men admit to coercive sexual behaviour by the time they finish college. Rather less rare than false rape claims. Getting facts out there can change the whole societal narrative.

Set up a women’s group in your workplace. I am privileged enough to be vice-president of my women’s society, and it is powerful and therapeutic to bring passionate women together to agitate for change, arrange mentorship and to hold events which raise awareness and recognise inspirational women.

Keep talking about the events in Parliament House.

Keep them trending on Twitter, write letters to politicians – adversaries and allies.

Whilst supporting those who need extra care through this horribly triggering time, we also need to keep marching forward and calling out those who are accountable for violence against women.

Especially when our leaders turn away. And there is healing through action — and hope that equity for women may eventually be a realistic goal.

Dr Kate Ahmad is a neurologist and social justice advocate.  She is a founding member of Doctors Against Violence Towards Women.

Kate Ahmad is a Sydney neurologist with interests in advocacy, particularly around the climate, environmental conservation, social justice, women’s rights and refugees. 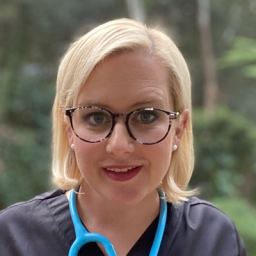 A lot of men, including old white men like me, want to help in this campaign.
If there is any way a donation can help to bring justice for Kate and at least some retribution to Porter and Morrison, I am in for as much as I can afford….waiting for the election is too long for me.

PS I already do as much as I can on social media but I want to take more concrete action.

Fairmind,
The election is a long time away, with all of the other marginal behaviors such as Sport grants, Land purchases, Water rights purchases etcetera, is it not time for the Governor General to step in?

I’d advocate capital punishment or life without parole for rape if the Potiphar’s wife problem could be solved.

How very arrogant and grasping is the phrase ‘change this culture once and for all’. If such a utopian and sweeping action were possible, then couldn’t all your changes be rolled back a week later? This is some childish outburst without direction or nuance.

Being readily and frequently dismissed will sometimes lead to outbursts. They are the beginning of actions.

In a culture that does not allow peaceful change violent change is inevitable.
Unfortunately the same vermin always re-emerge from the rubble to resume control – the evil of banality.

It is possible. Certainly, it will not happen in a week. It won’t be embedded for some years. You change nothing when you do nothing and less when you try to knock down those standing up.

I’m almost 75 years old now. I’ve seen enough of the irrational promotion of incompetent males to positions of power and financial rewards above the superior skills and talents of females, holding back progress in institutions and our country. I’ve witnessed this in the education system as teacher, principal and educational consultant. In later years working with women affected by domestic violence and sexual assault – witnessing the worst of male power and control. However there is progress though slow. The drunken next door neighbour bashing his wife during my childhood was a hushed up private affair. In the nineties women were working together to build awareness of the plague of sexual assault and domestic violence but the media was not interested. Now, as with the Commission on Child Institutional Sexual Assault, the secrecy and silence is broken. The boil is lanced and what is coming out is uncomfortable to sit with. This is the beginning of cultural change and will require ongoing efforts and continual calling out of bad behaviour that the perpetrator wants secret and hidden. For those as one commentator saying he’s tired of sex- this has nothing to do with sex, it’s about weeding out the criminal that is corroding our society.

Gawd – What happened to Covid that was interesting – I am fed up with this continuous campaign regarding sex. A topic which sold and still cells magazines and fashion clothing.

Even the author, the good doctor has forgotten physiology of adolescents and obviously has become a campaigner -.also forgotten that most people are normal and not predators there seems to be more deviants than normal people – in fact modern urban campaigns are aimed at making deviants the normal and the normal deviants.

I don’t know where all these quoted statistics come from –

If one has a problem with men generally – become a lesbian

You may not realise this but you are part of the problem. If you think this is about sex then you have utterly no understanding of the issue.

One problem for me is that I have found women, at least to some degree, willing to use misogynist cliches to attack other women. Julie Bishop is one example but the energy with which a woman who has rejected a same-sex advance may be persecuted or some women’s willingness to assert that another woman’s advance is due to her sexuality is daunting. And what is one to feel about women one knows to have accepted the Faustian bargain of career advancement in return for sexual access? Don’t assume that only men are capable of abusing women.

Who can forget front bencher Bishop’s snarling hiss & cat scratching gesture at the PM during Question Time?
Or has that also disappeared down the memory hole?

What Sco Mo really meant was “ I believe in justice for female survivors of sexual abuse as long as it isn’t at the expense of men!”

“.. as long as it isn’t at the expense of male abusers. We have our needs, you know.”