Poaching another country's beloved brand image is nothing new, and there are dozens of Chinese companies that want to set up in the West.

The number of Holden cars sold in February 2021? Zero.

This year is the first in over a century that no Holden products were sold in Australia. Evolving from its origins as a South Australian saddlery to its zenith as an Australian icon took decades. Collapsing into nothingness took just a few years.

In the great and long-running battle of Ford v Holden, a winner has emerged — not on the track, but in the discounted future cashflows model. The global brand has beaten the local brand because of returns to scale.

General Motors stated it had to be a global company and the Holden badge, operating only in Australia and New Zealand, was simply too small to scale up. The following comes from the press release that announced the “retiring” of the brand:

… More broadly is the issue of scale. The global consolidation of the automotive industry has made it increasingly challenging to support a brand and a business that operates in only two markets, which represent less than 1% of the global industry.

A major company like General Motors has no time for a two-bit brand that has currency in only a couple of markets. It has serious brands to think about, like Chevrolet, Buick and Cadillac.

But a lot of Aussies still have huge affection for Holden. Could it have a second act? After all, there’s a big market for used car brands these days.

The fastest-growing major vehicle brand in Australia is MG. That used to be a British marque but it is now owned by Shanghai-based manufacturer SAIC and its British manufacturing is closed. Sales of MGs in Australia rose 160% in the year to date compared with the same time last year. That kind of growth is far enough ahead of its nearest major competitor to be astonishing.

Among minor competitors, breathtaking growth can also be found at LDV. The brand of a former Birmingham-based van maker is now another asset of SAIC. LDV makes the kind of big utes Australians are deeply in love with and by selling them for under $40,000 each is doing very brisk business. Sales are up 79% compared to the same period last year.

Could Holden be the brand name a Chinese automotive company needs to launch its vehicles in the West?

There are dozens of such companies, many of which are making huge strides in battery vehicles. It is worth noting that one reason for the success of MG in Australia is it has launched a cheap electric vehicle and is one of very few manufacturers trying to sell it in serious volumes. 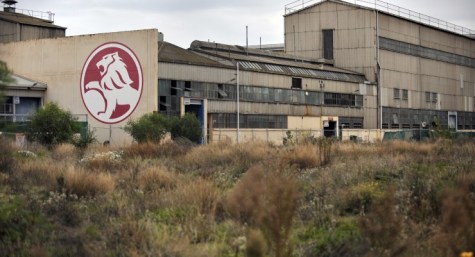 Would you drive a battery-powered Chinese-owned Holden Commodore? History says you just might.

Using foreign words for a successful brand image abroad is a proven strategy. Matsushita Electric Industrial became Panasonic. Tokyo Tsūshin became Sony. The fashion label Comme des Garcons is Japanese. And it’s not just Asian firms that use Western-sounding names to give their products cachet. It also goes the other way: Ginsu knives are American, and Matsui electronics is British.

The first generation of Chinese cars that came to Australia was a flop. Great Wall was an easy one for Aussies to pronounce but the brand spoke proudly of its Chinese heritage, and frankly it was too early in the evolution of Chinese automotive manufacturing for that. When the Great Wall Motors Company launched the SUV brand Haval it immediately had more luck. Sales of the Haval H2 are up 156.2% so far in 2021.

The origins of the Haval name are hard to pin down but one online rumour has it as a contraction of “have value” (i.e. it’s cheap). It certainly doesn’t sound Chinese. But does the Haval nameplate really resonate with consumers? Not as much as a Holden badge would.

A Chinese company buying the Holden label for peanuts and using it to sell Chinese-made cars to us is one thing. But could we entirely rule out Chinese investment money opening a Holden manufacturing plant in this country? Perhaps not now — probably not under Xi Jinping and Scott Morrison. But what if one day there was a détente?

It would be a PR masterstroke — and a powerful piece of wedge politics — giving Australians back the Holden brand we so loved and the manufacturing heritage of which we were so proud … but only if we accept Chinese ownership.

General Motors was contacted for this story about its intentions for the Holden brand but did not respond before deadline. 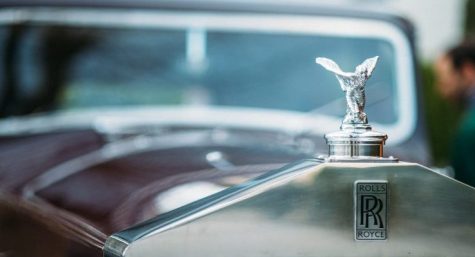 As the economy slows, luxury cars are moving faster than ever

Unlikely. The rusted-on brand zealots who bought locally-manufactured Holdens in the past wouldn’t even buy Belgian-built Opels with Holden badges.

The imported Commodore wasn’t built here, it couldn’t be ordered with a V8 engine and it wasn’t rear-wheel drive like the true-blue Commodore that GM used to build in Elizabeth (SA).

Chinese-built electric cars would be far beyond the pale.

And there weren’t enough of those Holden loyalists for local manufacturing to be viable in any case.

On top of all that, and despite its decision to retired the brand, would GM even consider selling the Holden name to the Chinese? It wouldn’t sell its intellectual property for the Saab 9-5 when that came up in conversation.

You’re ignoring that most GMH loyalists didn’t buy Commodores. They bought other GM vehicle models that were rebadged as “Holden”. Think the sh*theap Craptiva made by GM Korea (formerly GM Daewoo), so bad that it has its own Facebook page dedicated to what a poor example of automotive engineering it is — but the “Holden” loyalists loved it.

The taxi fleet in Thessalonika in the mid 60s was almost entirely Holden EHs – owned by Greek immigrants who’d done good here and returned with deep pockets and Australian pensions.

Let’s start with the reality of european legislation banning the sale of the ICE vehicles around the end of this decade.
The rest of the world is, or will, follow their example if for no other reason than loss of scale, ramping up unit costs and loosing even more sales. It’s inevitable……even America will see that.
Right now boards will be abandoning planned expenditures on R&D for the much more stringent emissions standards threatening the bottom line, and setting out on the long path to survival in the Tesla world.
Morrison, in comparison, has a Cuban vision for Australia apparently.
It gets more embarrassing by the day.

Hi Jason – interesting suggestion…but why not examine the hijacking of the car industry by corporate America from day one … I mean 1948 when the Hartnett was an advanced and indigenous alternative – maybe would have ev
version now – another iteration of the cultural cringe..

Remember that other success story the Lexcen.

If they started mass producing spare parts for my Kingswood…….

Nah, give me an EH 179 s/w – the bestest car ever made for Australian conditions.
Prior to that the FC – higher compression than the otherwise perfect FE.