It's illegal for businesses to offer an incentive to get vaccinated — but if the law was changed it might encourage some cautious people to get the jab.

The media — either due to laziness or a belief that Australians prefer to be scared rather than relieved — has appeared to ignore a critical element of the COVID vaccines’ effectiveness.

Early data on the Pfizer and AstraZeneca vaccines indicates that not only do they almost entirely prevent death, they significantly slow the spread of the virus. According to Dr Anthony Fauci, anyway.

Fauci’s comments were based on a study which appeared in The Lancet in February and a (not-yet-peer-reviewed) Israeli study which found “the viral load is reduced four-fold for infections occurring 12-28 days after the first dose of vaccine. These reduced viral loads hint to lower infectiousness, further contributing to vaccine impact on virus spread”.

An Oxford study, also not yet peer-reviewed, had earlier found that the AstraZeneca vaccine could cut transmission by 67%.

If these findings are confirmed, the narrative on vaccines is completely changed. The apparent view of the anti-vax and vaccine-cautious in the community is essentially this: the vaccine is riskier to me than COVID, so I won’t take the vaccine. That response is not completely unexpected — many people act purely in their own self-interest.

The problem with such a hyper-rational position is that — like smoking or carbon pollution or drink-driving — it ignores the externalities of one’s actions. For example, if a fit, non-vaccinated 30-year-old has COVID (and may be asymptomatic) they could pass COVID to a far more at-risk grandparent.

If the early data is correct, the vaccines not only help prevent infection but transmission, so refusing to get one causes a negative externality to others (by potentially making them sick) and to the community as a whole (extending COVID measures increases the financial burden that eventually needs to be repaid by future generations).

The way we usually deal with externalities is by creating laws. For example, we don’t allow people to smoke inside an aeroplane or drive a car while drunk.

One way to reduce the anti-vax externalities is to force people to be vaccinated, although that is widely criticised as a tactic and tends to cause even more opposition. A marginally less drastic measure is to create an anti-vax economic cost, like a higher Medicare levy — the argument being there is a cost for the incremental healthcare resulting from COVID. Or a “no jab, no play” rule, although that is potentially unfair on children.

An approach favoured by economists is to provide incentives rather than disincentives. For example, the government could simply pay people $500 each to take the vaccine, but that is generally frowned upon given the vaccines, although appearing to be very safe, are still new. Plus this is very costly in the short term.

But there is another solution. The government could allow businesses to use vaccinations as a customer acquisition tool — Australian businesses could directly market incentives to a vaccinated person.

Businesses would essentially use the discounts to acquire customers instead of, say, paying Facebook, News Corp or Google for marketing. Meanwhile, the government gets a free way to incentivise people to take the vaccine.

Not everyone would use or even care about the bundle of discounts, but some would.

The problem? Any business that offers such an incentive risks jail for its directors. It is illegal to offer a reward for taking a vaccine, even if the person or business offering the reward is not linked to the pharmaceutical company making the vaccine.

Adam Schwab is a director of Private Media (publisher of Crikey), and the co-founder of Luxury Travel Escapes, a Melbourne-based travel company. 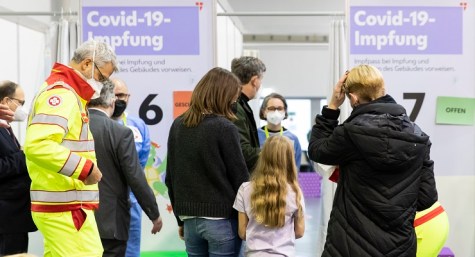 How to deal with the unvaccinated? There are four options 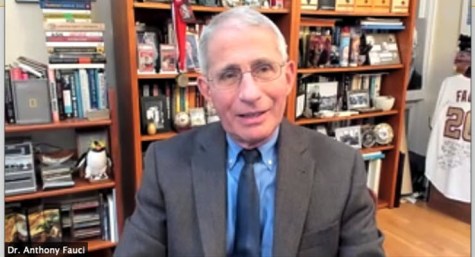 Anthony Fauci would love the US to be more like Australia. Here’s why

Adam Schwab is a director of Private Media (publisher of Crikey)…..

Well that explains a lot *lol*

but the reality is...
Reply to  dog tank

The new disclaimer (“Schwab is a director of Private Media”) made me laugh too… For almost a year now, ever since Schwab swapped from being an early lockdown zealot to one of that destructive policy’s most vocal critics, his Crikey column have produced an avalanche of comments – nearly all of them negative.

Many in the Crikey army have spend a huge amount of effort furiously and repeatedly denouncing Schwab’s (freely disclaimed) “conflict of interest”, demanding he be sacked as a Crikey contributor and/or alternatively, lecturing him on “the error of his views”. The more pompous of them have claimed they have been motivated by trying to “educate” the poor ignorant man.

Hopefully that same army, the one that made his articles the most clicked-on on the Crikey site, can now reflect on how usefully they spent their time… PM were so impressed with their efforts they’ve asked the man the “come on board” and help lead Crikey’s future.

Well done, all you pompous, know-it-alls… (you know who you are).

Audioio
Reply to  but the reality is...

Well, I suppose he must have skills other than opposing lockdowns… not that any recent readers would have known it.

joe F
Reply to  but the reality is...

No, he’s been on the board for years. Crikey just conveniently forget to declare it until I started pointing it out in the comments.

In the comments section there was some inference that he was doing some type of advertorial in conjunction with Cky, if I remember rightly. But it was never spelled out that he was a director of Private Media the publisher of Cky…and for quite some time apparently.

All I remember is a vague inference to some type of travel industry advertorial in conjunction with Cky that he was doing. But it was never spelled out that he was in fact a director of PM the publisher of Cky.

I would like to see added to his disclosure details his own words – “customer acquisition tool” which is a perfect description of him.

“Commonwealth Bank could offer a discounted home loan rate for people who have been vaccinated.”

Bwahahaha – for God’s sake, Adam. Give it a rest. A long one. A very long one.

The possibilities are endless – especially that there are 20 vaccines in the pipeline and thanks to Minister Hunt who is letting any one who can hold a needle become vaccinators – KFC mangers and MACCA team leaders do the vaccination. But you can let Bunnings team leader do – they will beat it by 10%

Bwahahahahaha. Stop it, my sides are aching.So true. As Homer Simpson would say. ” It’s funny coz it’s true.”

hehehe..well, I would n’t have thought so but after today’s effort all I can say is Dooooooh!!!!!

You could sneak in Sputnik V and get five years.

Anyone who can hold a needle. I’ll have to pick you up on that Desmond. On what basis are you making that claim, when registered nurses aren’t included in the list that can administer the vaccine, even though they do it all day in hospitals?

Im pretty sure it’s only GPs and pharmacists, who already administer needles on a daily basis, flu jabs and the like.

RNs can do it