It’s not just a bloke thing. Some older members of the sisterhood aren’t too loyal either

It's not just men who are out of sorts over the sudden sexual politics furore. Some senior feminists are finding it hard to empathise with their younger peers.

Funny business, a woman’s career — the things you drop on your way up the ladder so you can move faster. You forget you’ll need them again when you get back to being a woman.

The above from Bette Davis as Margo Channing in All About Eve is my pick for quote of the day on this International Women’s Day, holiest of days for many feminists and corporate types.

It’s not just men who are confused by the sudden seismic shift in the sexual harassment debate. Plenty of successful females are finding it hard to look at the situation from the view of the young woman they once were.

From Canberra to New York to Edinburgh sexual politics is opening even greater divides — not just between right and left, and not just between men and women, but between older women and younger ones.

The older, second wave feminists who have risen to success everywhere from politics to business and media have often achieved it by emulating the men they relied on for advancement.

They no longer had to sleep their way to the top but often learned to out-drink, out-swear, out-bloke them and pride themselves on their toughness.

It’s making it harder for some to understand or truly empathise with the new generation of women coming forward with their sexual assault experiences, often some years after the fact, but refusing to be silenced no matter how long it takes.

After all, the senior ones argue, we all survived inappropriate comments and conduct — we just swatted them away and moved on.

It’s not just men who don’t understand that not every young woman in her 20s is strong enough to fight back or speak up at the time. That doesn’t mean they’re too weak to do their jobs.

On the contrary, 26-year-old sexual assault survivors such as Grace Tame and Brittany Higgins are two of the bravest women I have seen.

While publicly their elders urge support and understanding for the younger members of the sisterhood, privately some are not as sympathetic to a new generation not afraid to take on powerful men. After all these are the same men who are still handing out the preselections, board seats, judicial clerkships and media interviews.

Nor are all the bullies in Parliament and the press gallery exclusively male. You only have to look at Defence Minister Linda Reynolds’ astounding “lying cow” comment about Higgins to see the massive contradictions.

Reynolds, who achieved no mean feat to become the first female brigadier and most senior woman in the Army Reserves, seems to disprove the theory that putting women in power will lead to better outcomes on these issues. (Incredibly this in a week where Defence Force chief Angus Campbell told young people the way to avoid sexual predators is don’t go out late and stop being so attractive.)

Then there is the unfolding MinterEllison saga to muddy things even further. The CEO and senior partner of Australia’s largest law firm, Annette Kimmitt, is at the centre of a furore after she sent a letter to 2500 staff last week saying the news that the firm was representing Attorney-General Christian Porter had “triggered hurt” for her.

She sent the email after it was revealed Porter had sought advice from the firm’s senior defamation lawyer over historical rape allegations. Kimmitt apologised for the “pain” the news had caused and claimed it had not gone through the firm’s proper approval processes.

She is now being investigated by the board for the appropriateness of her email after a furious reaction from partners. She apparently has the support of the young women at the firm, for what it’s worth.

Kimmitt’s inability to recognise the role of a law firm to represent anyone no matter how odious — terrorist, murder, paedophile, even the attorney-general — is probably the biggest concern.

Meanwhile over in Scotland the career of a very successful female politician, First Minister Nicola Sturgeon, is in jeopardy over sexual misconduct allegations. Not against her, mind. It’s all about cases against her predecessor and former mentor Alex Salmond who is now trying to bring down Sturgeon for her role in his downfall and has even accused her of — shock horror — “playing politics”.

Back home it’s ironic that the spate of sensitive stories led by females in the press gallery were all triggered by the bold decision of the Australia Day committee to give Australian of the Year to a young relatively unknown Tasmanian in Tame instead of a more obvious older candidate like bushfire hero Shane Fitzsimmons.

For those who thought it might be too soon for her, how wrong they were. Her time was most definitely now. 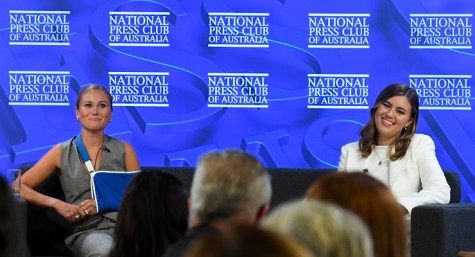 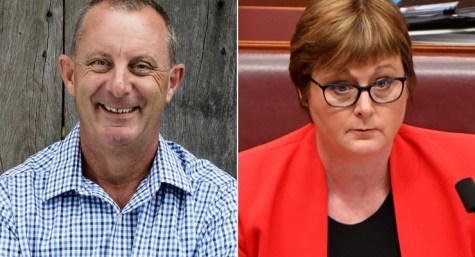 Let’s not be too too hard on some of the older members of sisterhood .There’s property port folio price rights to consider..And then there’s the long legacy history of women competing amongst themselves, to NOT get assaulted, raped or murdered in the violent hierarchical patriarchal sandpit 101 punching order of things social/political/economic..

Easy as PI
Reply to  chan

Outrage and sisterly solidarity may be all well and good but they just can’t compete with negatively-geared investment flats.

Funny business, a woman’s career — the things you drop on your way up the ladder so you can move faster. You forget you’ll need them again when you get back to being a woman. How well this seems to apply to Reynolds!

Why is it that women must adhere to the paradigm of “being a woman” but all the others who identify as “young person” or “young women” simply dont have to conform to a predetermined sexuality or way of being? Hm? I dont like labels much but there is certainly twisted historically, social and economic entrenchment of women; Yep its only “young women” (under 30?)Who are subjected to these forms of repression; At least the minister who’s timely medical emergency in the face of a news conference that same day.. at least she has the balls to at least own up to the rotten comment about her poor younger sister in the grip of a uncomfortable dirty reality for this state of Denmark… “something is rotten” But Lady Maccas and the crazy young Ophelia are victimised and pointed at just the all those damn old witches …. the sexual oppression and the power of economics never really change

Thank you.
It can be a dog eat dog world “out there” – and not all of them are dogs.

I support Annette Kimmitt’s stance. Law firms decide to not take on certain clients all the time. Plus surely Pete Bartlett’s media clients must be questioning his decision as well given the perception of conflicts. It’s disappointing Minter’s board isn’t more supportive.

Easy as PI
Reply to  JoRo

Four of the ten board members at Minter are women.

wow a rarity; Australia one of the worst performing OECD on representation for women

They must be able to choose their clients if there is ‘a proper approval process’; add to this an article re Emma Husar and her difficulty finding legal representation when she needed it.
Bet Morrison is regretting choosing Grace Tame!

Jane,
It’s my understanding that the PM doesn’t have any say in the awardee. This was most obvious when Tony Abbott presented the 2014 award to Adam Goodes.
Your point about Morrison regretting sharing a platform with this impressive young woman is of course correct, but at the time no doubt he anticipated winning brownie points for being on the “right” soide of this issue, before it blew up in his face.

It’s fundamental for anyone to be able to get legal advice. (The lack of access to such advice for most people is yet another national scandal.) The job of a legal representative is not to work out whether the client is guilty – that’s what a court does. Passing moral judgement is not their job either. The legal representative advises the client about the law and present the client’s case if it gets to court. Kimmitt is making a really basic mistake. But let’s go with it. How far would you like this picking and choosing to go? For example, would it be ok to refuse representation to a woman charged with killing her child? That’s a horrible crime, so why defend the suspect?

As per my comment above, my reading of her email was that Bartlett didn’t confer as per protocols-

I thought the issue she highlighted was purely that he hadn’t adhered to the firm’s protocol and conferred with his colleagues about whether to take on this potential client. He now takes the high road- she gets dumped.

I am not a fan of generalisations. They’re inadequate, single layered and create division with scant evidence to support their assertions. However, the quote from that 1950s film, was illuminating. So, what every woman really wants behind all that ’emasculating ambition’ is to be loved by a man? Ah – we’ve come so far….