How should the prime minister deal with the allegations of rape made against his attorney-general? Leslie Cannold offers him two options.

Yes: the time has come to call the AG to account and for Morrison to show leadership and act. No: there is no other avenue to justice than the rule of law and the police have closed the case. End of story.

It’s hard to cry for Christian Porter. While anyone who looks as mentally fragile as he did at his press conference on Wednesday should be supported to get help, Porter’s comeuppance has been a long time coming for what long-time acquaintances describe as the blatant misogyny and sexism that characterised his privileged boyhood, for his public indiscretion about an affair he was having with a young Liberal staffer a few years back, and now the allegations of rape 33 years ago by a woman who has since taken her own life.

No wonder he’s distressed. But while Porter has vowed to stay in his role out of fairness to every Australian bloke who could “lose their career, their job, their life’s work based on nothing more than an accusation that appears in print”, he seemed less perturbed about the impact of his tenure on women.

Indeed concerns about women were thin on the ground on Wednesday, other than the apology Porter offered at the top to the dead woman’s grieving parents before launching into the this-just-did-not-happen defence that suggested their daughter was a liar. 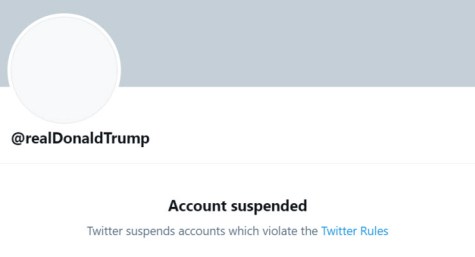 It takes one to know one. While it is fanciful to suggest that a 16-year-old girl would misremember or make up the violent rape she documented almost contemporaneously in her diary, the facts related to Porter’s own credibility speak for themselves. Like when former Liberal leader Malcolm Turnbull queried whether there was any truth in reports of Porter’s drunken behaviour with a youthful staffer in a public bar, Porter told him, “no”. He was still denying it in 2020 when Four Corners put the allegation to air based on statements from five separate witnesses.

So where do we go from here?

Received wisdom is that the allegations can’t be tried because Porter’s lawyers can’t cross-examine the victim (a claim that seems questionable given that Australian men are sometimes charged and convicted for both murder and rape). The South Australian coroner has ordered a further investigation by police of the circumstances surrounding the woman’s death to determine if he will hold an inquest.

Morrison seems to be on the same page as Porter, calling the experience of being accused of multiple violent rapes “traumatic” while ducking the question of whether he believes Porter’s denials or has any responsibility to satisfy himself they are true by pretending that question has been answered by a NSW police investigation that was prematurely halted when the woman took her own life.

He also thinks turning the question over to the sort of independent investigation commissioned by the High Court to manage a string of sexual harassment allegations made against Justice Dyson Heydon would be giving in to the “mob”.

Will he get away with such a sexist and one-sided response? Not if we don’t let him. Porter needs to be sacked and an independent inquiry established immediately. And I personally won’t rest until both of those things happen.

While the rage of women about sexual assault is understandable, it’s not fair to allow the brunt of it to be worn by the nation’s attorney-general.

We all know that the allegation of rape 33 years ago against Porter doesn’t exist in a vacuum but is the culmination of years of reporting about the boys’ club in Canberra and the cost promising young women pay in terms of their bodily integrity and careers. Heydon, Barnaby Joyce, Alan Tudge and now Porter have all been named as powerful men who, when they were younger, didn’t behave ethically around women or, as adults, abused their power over female staff — or both.

But the truth is that what happens between consenting adults is a private matter. While much has been made of the youthfulness of Porter’s 16-year-old alleged victim, the future attorney-general was only 17 at the time. While Greens Senator Sarah Hanson-Young has claimed the staffer with whom he was canoodling in Canberra’s Public Bar became unhappy when word of their dalliance began circulating, regret doesn’t constitute rape or even sexual harassment — although it’s worth noting that Porter rejects Hanson-Young’s claims as “totally false”.

In an ideal world, Morrison could do the right thing: leave the question of Porter’s culpability to police. But given this is not possible, standing on the primacy of the rule of law is best. As the PM has noted in reply to calls for an alternative process to manage the allegation, there is “no other alternative for a prime minister than the rule of law …. There is not some other process.”

There will be justice for contemporary victims of sexual assault like Brittany Higgins, whose case has prompted a police investigation plus four inquiries that will almost certainly lead to long-lasting and overdue cultural change in parliament.

But Porter’s is a hard case and hard cases make bad law. He must stay in his job for due process to prevail — which means Australian women will have to wait just a little longer for justice. 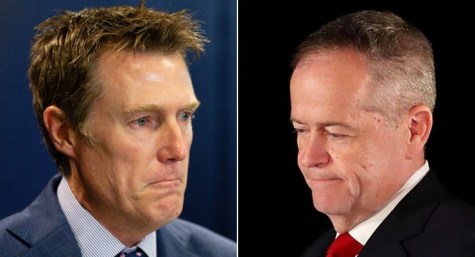