Whether the allegations are true or not, can Christian Porter continue as Australia's attorney-general?

In the legal profession, a person’s character means everything. The question now is whether Christian Porter is a fit and proper person to be Australia’s attorney-general, the highest law officer in the land.

Senior lawyers told Crikey the allegations against Porter and his refusal to step down threatened to erode the public’s confidence in the justice system.

Barrister Lisa De Ferrari SC told Crikey it was “untenable” for Porter to continue in his role as first law officer of the Commonwealth. She called on all legal bodies, bar councils and law societies to demand the prime minister stand him down while establishing an independent inquiry.

“This is not a question about criminal guilt or presumption of innocence. It is about the integrity of the whole system of justice in Australia,” she said.

“We cannot, from this moment onwards, as lawyers, or police officers, or workers who support victims of sexual assault, or teachers and doctors under mandatory reporting requirements, say to children who have been sexually assaulted: we believe you, and the justice system is not stacked against you.”

Porter has denied the allegations and rejected calls for an inquiry. “I don’t know what it would achieve,” he said. He said he will take a short period of leave.

Barrister and president of Australian Women Lawyers Leah Marrone said it was untenable for Porter to remain in his job, and called on him to step aside and an independent inquiry be set up.

“[This] is the person responsible for appointing senior judicial officers, and overseeing our legal institutions,” she said. “It’s really important people have confidence in the person holding this role.”

Greg Barns SC, a spokesperson for criminal justice for the Australian Lawyers Alliance, said it was a political issue as to whether Porter remained in the job, but called for an independent inquiry to deal with the matter.

Professor Simon Rice at the University of Sydney Law School said Porter remaining attorney general without a full and proper investigation was not sustainable.

“If you’re going to make a law that everyone complies with, then you have to be seen to be complying with it yourself,” he said.

He said claims about the presumption of innocence were being misused and had the potential to silence or downplay allegations.

Victorian Bar senior counsel Fiona McLeod, who ran for the seat of Higgins as a Labor candidate at the last federal election, joined those calling for Porter to stand down. She said it was a disturbing day for women and the legal community.

“Thousands if not hundreds of thousands of women across Australia are dealing with the burden of sexual assault and rape, and lawyers are among that group,” she said.

“To know that the attorney-general has had these charges levelled against him is profoundly disturbing.”

McLeod said Porter remaining in his job would irreparably damage his department’s relationship with the courts, peak legal bodies and individual practicing members.

“That creates an untenable situation for him. He’s also the leader of the house,” she said. “Ultimately the PM has to decide if he has a moral imperative to push on.

“Our justice system has to be, and has to be seen to be, free of personal influence. It’s a fundamental part of our democracy. When you have a person at the head of that process, who carries a stigma of accusation, it’s very difficult to maintain that integrity.”

NSW Council for Civil Liberties president Pauline Wright said that while it was not entirely necessary for Porter to stand down, an independent inquiry was needed to stop the allegations against him undermining the public’s confidence in the legal system.

“This is an allegation of the most serious kind. It’s an alleged violent rape of a child, aged 16 at the time. Australians are entitled to expect some kind of inquiry other than the PM asking him about it,” she said. 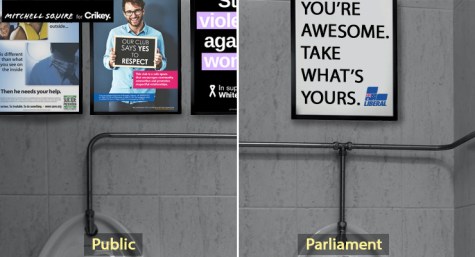