A shaky PM gets testy at a reporter daring to call out his shonky tactics, plus more tips and murmurs from the Crikey bunker.

Anne unexpectedly tough press conference Yesterday’s prime ministerial press conference for the aged care royal commission report was a torrid affair — especially as it didn’t actually discuss any of the content of the report.

The impromptu press conference gave reporters half an hour to get to Kirribilli House to ask questions about a report that none of them had had the chance to read. So how satisfying it was that Anne Connolly, a long-time ABC aged care reporter — and thus very much across the detail of the submissions — was there to punch a hole in the whole shoddy edifice:

Connolly: This report was delivered last Friday. You gave us half an hour to attend a press conference. You tabled the report when we were here. How can we ask questions to know what’s relevant in the report without knowing what’s in it?

Connolly: This is a major social reform and you’ve stopped us from actually looking at the report. Is that because you’ve [got] two commissioners who disagree on the reforms and the way forward?

Morrison: No. I don’t understand the question.

Morrison appeared visibly shaken by Connolly’s barrage of questions (that’s what reporters are paid to do, PM).

Pantomime Given everything that’s going on, what a time for Greens Senator Sarah Hanson-Young to schedule a chummy appearance on long-time senior Liberal and current chaser of military industrial complex cash Christopher Pyne’s podcast.

PC gone mad (again) Once again we are forced to ask: what is the Australian Press Council actually for? Consider the following cartoon which appeared in The Australian in June last year:

It depicts a masked Black man, his eyes contorted by rage, kneeling on the neck of the Statue of Liberty in a grotesque inversion of what actually happened to George Floyd while buildings burn to their frames behind him.

According to the Press Council, the cartoon (by veteran cartoonist John Spooner who, for whatever reason, the adjudication declines to name) was “sufficiently in the public interest” given that “violence was perpetrated by African Americans and other racial and ethnic minorities against their own communities”. 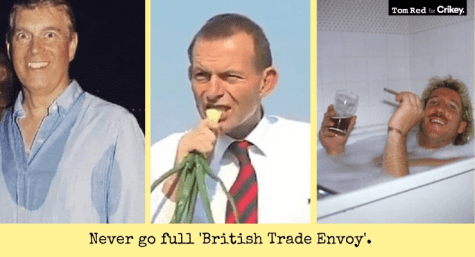 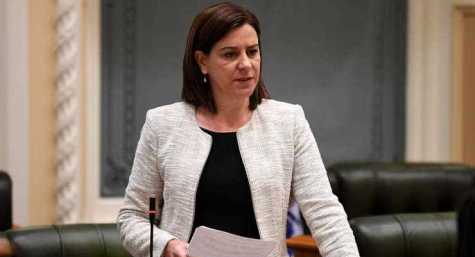 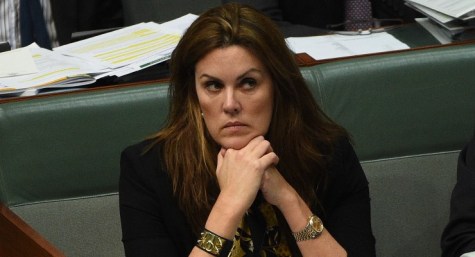 The cartoon is pretty par for the course for John Spooner. Tasteless, not funny and without a basis in fact.

Up to a point, Wayne.
The black policeman who shot the Australian girl was one of many examples of black policemen harming white persons, BUT that is not really the crux of the matter, the problem is the misuse of power – at every stratum of human existence.
Put a uniform on a thug and you still have a thug; put a psychopath into a boardroom or political office and you still have an evil person etc.
We, in this country, have people in power who earnestly believe that “If you have a go, you get a go.” despite all the evidence to the contrary; that if you are poor it is either your own fault or that “God” made it so.

But I thought you had to be a psychopathic personality in order to get into a board room?

Anne Connolly’s bravura performance at yesterday’s presser was a refreshing blast of “real” journalism. It actually gave me some hope, that Morrison’s endless dodging of accountability might be coming to an end.

Yes I really enjoyed Anne Connolly’s questioning too. Usually I watch the news with the mute button in hand as I can no longer bear to listen to the PM. But I left it unmuted while she hammered ahead with her questions. AAA-grade journalism and great to see.

Funny that … I can’t bear to listen to anyone of the current cabinet ministers male or female. Arrogant, no credibility, the women have lost touch completely trying to play the patriarchal game.

Old jellyback certainly goes to water when confronted by an intelligent strong woman like Anne Connolly. And someone who is across the whole Aged Care brief.

I am sure his Jen wouldn’t talk to him like that, if she knows what’s good for her.

Is there anything that Mr. Morrison is fully across? I mean other than DIY poultry sheds.

Buggered if I know why the media just turn and walk away when it is obvious Morrison is just playing them for an audience to provide gravitas to his self-indulgent pressers.

Interrobanging On
Reply to  DF

Either that or purposefully hold him to account like Anne Connoly did, and then Morrison himself will turn and walk away (after glibly accusing journalists of being glib).

If you missed it, watch the second video in the Twitter link above – which is a continuation after the first one.

The Ministerial Code of Conduct says :

7.1.Ministers must accept that it is for the Prime Minister to decide whether and when a Minister should stand aside if that Minister becomes the subject of an official investigation of alleged illegal or improper conduct

In record time the AFP together with the NSW and SA police commissioners have confirmed that they have no ‘official investigation’ underway.

Well done Anne Connelly. You have shown the way. Now let’s see all journalists asking the necessary questions of the government and refusing to be deflected.

Why didn’t Sales go – she could have ‘done a number’ on him like she did Andrews? Different party of course.