Bond markets claim to be wary of resurgent inflation. Either they can't read, or they're more interested in creating trading opportunities.

It is financial market lore that governments and central banks don’t argue with the bond market — the self-appointed guardians of fiscal purity and price stability.

Oftentimes, however, bond traders are more like highly paid sheep.

And one of their failings is an ability to read simple English.

Three weeks ago, somewhere in the US, Europe or Australia, a screen jockey got the idea that high levels of spending and market operations by governments and central banks meant higher inflation — and thus higher government bond yields.

Result: the price of government debt, especially longer-term debt, began rising. The size of the Biden stimulus package in the US — which had some neoliberal pundits like Lawrence Summers warning about inflation — has encouraged them. 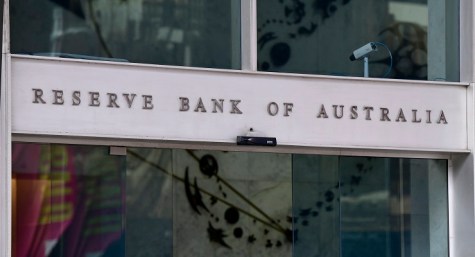 The Reserve Bank (RBA) here is committed to spending $200 billion to keep the yield on 10-year bonds as low as possible — with flow-through benefits for pushing the value of the Australian dollar down. This is in addition to the yield control buying that the RBA is conducting in three-year bonds to keep the interest rate at 0.10% (i.e. steady with the short-term cash rate).

Last Friday, the RBA bought $3 billion worth of three-years bonds after running its normal Thursday secondary market purchases for the same amount. Those Friday purchases were forced on the bank after the three-year yield rose above 0.10% after Thursday’s purchases. Ten-year bond yields had also risen sharply.

The Australian dollar soared last week as well — rising to a three-year peak of 80.08 US cents on Thursday. It then eased, and despite Friday’s rise in 10- year bond yields continued dropping in offshore trading on Friday night. It was around 77.4 US cents overnight Monday.

Then, yesterday, the RBA waded into the market and bought $4 billion worth of 10-year bonds — a move that saw the 10- year bond yield fall 25 points to around 1.65% by the close on Monday.

So the RBA spent $10 billion in bond buying in three sessions, of which $7 billion was aimed at bashing a key interest rate lower — and all because a bunch of screen jockeys managing bond portfolios claim to be worried about inflation.

They have again ignored the salient point that underlying inflation has not topped 2% for the past five years or more — and it’s a similar situation in the US.

The screen jockeys think the Fed and the RBA will be forced to push up rates earlier than expected — in Australia some reckon it will be late next year — and cite rising house prices as a big driver, as well as rising inflation. The RBA says not before 2024. The Fed has a similar stance, without nominating a target year.

Both central banks are clear that they want to see a rise in inflation, but it will be a struggle to get it sustainably back to target levels — especially given the failure to hit inflation targets in the years before the pandemic.

The Fed even adopted a policy last August of allowing inflation to run “moderately” above its 2% goal “for some time” following periods when it has run below that objective. But there are quite a few people in bond and currency markets — and among the commentariat — who seemingly can’t read and struggle to grasp the meaning of the RBA and Fed policy stances on inflation, jobs and wages.

Bond markets need increased volatility to trade bonds. There are too few opportunities to trade and make money when rates are low and stable. Confusion and conflict are needed instead. 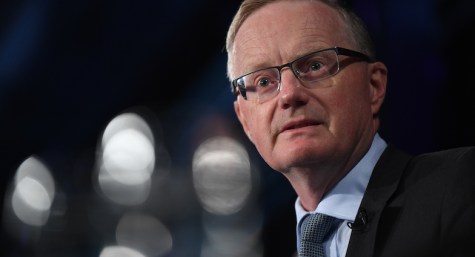 The fight against the recession is brought to you by two letters: Q and E. Here’s what they mean

I agree with the sentiment but telling the bond market what to do is a modern day King Canute effort. Best to stand back and watch from a safe distance.

With interest rates in Australia, and elsewhere rock bottom due to government efforts to maintain liquidity, investment and activity in the economy due to Covid, it’s unclear whether old rules of thumb or even mathematics still work?

For example, the relationship between bond interest rate and value, i.e. normally a bond rate decline increases the price and vice versa; unclear what effect there is nowadays if all low?

It’s interesting that the Reserve has such an interest, pun, in keeping interest rates so low while trying to pump up inflation, or at least hang around until it grows, while having not the slightest concern that its very policies are are causing rampant inflation in housing prices. Housing prices are much the greater imbalance in the current economy, but those idiots now have a situation where they have convinced themselves that increasing house prices, and the corresponding (mythical) wealth effect are a good thing for the economy.

They continue to ignore the elephant in the room. Ridiculous house prices change our society. Further, while prices are so high and mortgages so large, they are now locked into ridiculously low interest rates because increasing them will absolutely kill the economy. Their very policies have now made them impotent. It’s bizarre.

And let’s not forget that other impending disaster, the share market being underpinned by cheap money, way above historical fair values. Two major imbalances in the economy, and the Reserve just blithely looks on.