One woman told Inq she had lived for years in the mistaken belief that her mother had schizophrenia.

As the Morrison government weighs its full response to the findings of the aged care royal commission, evidence has emerged of doctors’ complicity in gaming the system to promote the use of powerful antipsychotic drugs in nursing homes — despite warnings that the drugs, designed to treat schizophrenia, should not be used for patients with dementia.

Documents provided to Inq show that an elderly woman at a dementia facility was falsely diagnosed as having schizophrenia — a diagnosis which made it possible to prescribe the powerful antipsychotic drug olanzapine at a discount, although it was then used to treat her dementia symptoms.

Olanzapine has been listed on Australia’s Pharmaceutical Benefits Scheme (PBS), making it eligible for large taxpayer-funded subsidies — but only if it is used to treat schizophrenia. It does not have PBS approval for dementia-related psychosis although some doctors prescribe it “offline” (without going through the PBS and against its official recommended use).

The woman’s daughter, Marcia Church, has told Inq she had lived for years in the mistaken belief that her mother, Carole, had schizophrenia after seeing her mother’s medical records.

“I clearly recall my horror reading her discharge papers [from another facility] stating she had been diagnosed with schizophrenia, which had never been mentioned by geriatricians in conversation with me,” she said.

Church has provided her mother’s medical records which show that Carole, then in her mid 70s, was diagnosed with both dementia and schizophrenia, among other conditions. The diagnosis appears on discharge forms, along with a record of olanzapine as a prescribed drug.

Church had been shocked by the news of schizophrenia in the family and was terrified she and other members of the family might have inherited the condition. The spectre of it being a hereditary illness “tormented” her, she says.

Church recalls finally raising the issue with her mother’s specialist who said she had not diagnosed her mother with schizophrenia.

Who made the diagnosis is unclear — it may have been made at a stage before the woman’s doctor inherited the case.

Opaque it might be, but it set Church off on a mission to find the truth.

“I vividly recall researching my family tree and spending hundreds of hours looking for evidence of anyone else who may have had schizophrenia, and finding none,” she said.

She remains adamant that her mother did not have schizophrenia and that no one had ever informed her of the diagnosis.

The schizophrenia diagnosis appears to have been on Carole’s medical records for more than three years, beginning in 2007.

It coincides with the time that large pharmaceutical companies were seeking to expand the use of drugs originally intended for schizophrenia by capitalising on the growing numbers of elderly nursing home patients with dementia and its accompanying psychosis.

As we reported in our two-part investigation last week, antipsychotic drugs took hold in Australian nursing homes from the early 2000s despite a steady drumbeat of warnings from medical researchers about potential harm to the elderly.

In the United States three pharmaceutical companies — Johnson & Johnson, Eli Lilly and AstraZeneca — were all prosecuted for promoting their schizophrenia drugs for use with the aged despite warnings from the Food and Drug Administration (FDA).

The true extent of fraudulent prescribing — and the accompanying drain on public money — is unknown. The PBS has no power to check on the honesty of prescribing. And while the rubbery prescribing of antipsychotics has been reported in medical journals, the amount involved has rarely been quantified.

In a 2017 survey of 177 GPs quoted in The Conversation, 91% of doctors said they had been pressured to prescribe psychotropic medications (which include antipsychotics) by nursing home staff. They had often prescribed these drugs due to a lack of staff and resources to deal with potentially disruptive and dangerous dementia symptoms.

In an emailed response the federal Health Department said it could not comment on Marcia Church’s individual case. It pointed to changes made from 2019 “to make it clear the use of chemical restraint must be a last resort”.

It said it was taking steps as a result of the royal commission, including establishing the role of senior restraint practitioner in the Aged Care Quality and Safety Commission to run an education campaign for the sector and general practitioners on minimising the use of restraint.

Church said: “These past two years of the royal commission into aged care have awakened all the traumas, abuse and suffering my mum endured during her ‘care’ in the dementia unit, along with all the others too.”

She hopes doctors and other medical professionals “stop lying” about their prescribing. 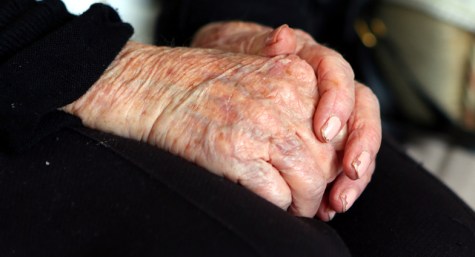 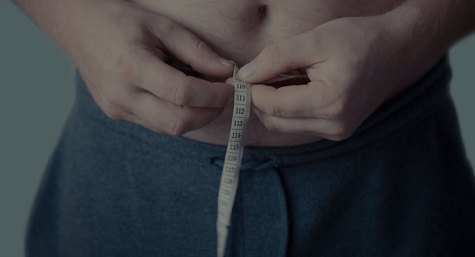 I’m a doctor, and a psychiatrist that doesn’t work in aged care, nor prescribe much, but I can tell you that for doctors on the coalface its often a case of the option with the least harm: its often a choice between inappropriate chemical restraint, or wandering or aggressive residents because the most appropriate option of adequate staffing is not going to happen

My mother was given Zyprexa 10 years ago with no diagnosis of schizophrenia or bipolar, the 2 conditions the drug is meant to treat. According to the fact sheet for the drug, it should NOT be used for dementia patients as it could cause aggression, as it did with my mother. It was only when she was taken off the drug did her aggression subside. I later found the nursing home had accidentally taken her off her arthritis medication which had caused her to become non compliant (because she couldn’t move around quickly enough). Letting the doctors take over her medication was the worst thing I ever agreed to

I think that’s a total cop out. There are many behavioural interventions that can be trialled for dementia but never do. I recall seeing a dementia patient in a hospital bed who was quite agitated – this not helped by the nurse coming up to him and shouting at him. My retired GP mother was not given Zyprexa, but an opioid patch was slapped on her for back pain which aggravated her decline. She had mild dementia which was never managed. The doctor didn’t even know she was a retired doctor btw. Why bother to ask about social circumstances. These old people are just a body in a bed.

I wonder if she was having hallucinations, which is also a symptom of schizophrenia?

Misdiagnosing hallucinations in Alzheimer’s disease as schizophrenia might have been the reason for inappropriately prescribing antipsychotics rather than quietening the person.

Maybe our PM schizophrenia, he has hallucinations about miracles.

It’s amazing how easy it is to criticise the use of antipsychotic medication in aged care, particularly with Alzheimer patients. Most of these wretched patients can be managed with close supervision, patience and kindness. However, there are some whose behaviour is so disruptive that they would need a twenty four hour a day personal carer by their side to allow the business of dealing properly wit other residents/patients to proceed. Those criticising should spend a couple of days with these patients and then make their comments. No doubt staffing pressures mean chemical and physical restraints are overused, but it is hard to envisage a situation where they can be eliminated altogether.

Schizophrenia used to be called Dementia Praecox, meaning early madness. It usually develops in one’s teens or twenties. It would be very unusual for someone after a lifetime of good mental health, to develop it in old age.

My father was a very organised, rational man who managed his affairs and looked after my very frail mother for seven years.When he was 83 he suddenly became floridly psychotic experiencing command auditory hallucinations and was really delusional describing the most bizarre ideation and becoming very paranoid and consequently a danger to himself and my mother. He was assessed by a well respected specialist who diagnosed Lewy’s Bodies Dementia and given a prognosis of two years. My father was well cared for in a local aged care facility and prescribed daily Olanzapine 10mg, this controlled his distressing symptoms and enabled him to have a reasonable quality of life for the remaining two years he lived. He told me the hallucinations and strange beliefs were still there but agreed they did not bother him anymore.
These drugs, when kept to a minimum and at the lowest optimal dose do have their place and can give elderly people like my father a quality of life he would not otherwise have enjoyed.

“She hopes doctors and other medical professionals “stop lying” about their prescribing.”

Says it all. The Industrial Health & Medical Complex has for a long time assumed the likeness of a quazi religious order medical high priesthood. I have nothing but admiration for hospital frontline doctors and nurses, paramedics, ambulance staff etc, but there is a mysterious dome of govt/health/pharmaceutical policy placed over their heads. No better seen than in the Aged Care debacle.