There’s a broader problem with bullying, intimidation and harassment in parliamentary offices — and the perpetrators can be men or women.

This article was written by a former political staffer who spent 10 years working for state and federal MPs. She has requested anonymity.

This is the fourth part in a series. Read another insider’s view on ministerial mismanagement and abuse here.

When I started working for a newly elected MP, I sensed she was overwhelmed by the job. She would have staff prepare pages of background notes for every meeting, even a simple meet and greet. She would always turn up late but leave the meeting with a long list of action items.

She once decided to contact the host of a popular ABC gardening program to donate plants for a community project — she didn’t know them, she just liked the show and thought it would make a good photo opportunity. At first, I liked these “out of the box” ideas, but the staff soon came to realise they couldn’t spend hours chasing her random directives and still meet their regular workload.

Backbench MPs generally have four core staff members. At least 19 people have worked for this MP in four years. I lasted three — one of the longest stints.

For me, the problems started when an office manager left and I was asked to step in temporarily, in addition to my existing full-time role. I pretty soon realised her expectations were unrealistic — I would receive phone calls, emails and text messages at all hours and it was not unusual to start the day with dozens of emails from her, each one requiring action and some having been sent at 1am, 2am etc. 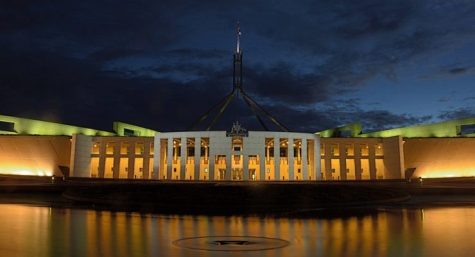 Letters would take weeks to be finalised, having been sent back for rewrites over and over again. Many were never sent at all; they were out of date by the time they were approved. She found making decisions difficult and staff could wait weeks for an answer on important matters. I don’t think any of us felt clear on the goals or direction of the office.

When I raised this, she dismissed my concerns. In fact, she said we weren’t busy and should be able to do more. I never understood her view; I had worked for a decade for a minister and other MPs, so I knew how an electorate office should function. My colleagues and I were working hard and producing quality outcomes. None of this was good enough for her.

She would react angrily to things I felt were out of my control. She once chastised me for sending a photo to the local paper because she thought it made her arms look fat. Other staff were told to photoshop parts of her body she didn’t like. The photo on her promotional material was more than 10 years old but she refused to update it.

A colleague disclosed their pregnancy to me but wanted to wait to let the MP know. I will never forget my boss angrily demanding I tell her while we were in the middle of a public event. She said it was obvious because the staff member was sick all the time and as the office manager I should tell her if I knew. I told her but stressed that the staff member hadn’t formally advised her as the employer. I was mortified when, soon after, she breezed into the office and congratulated my colleague on their pregnancy, letting them know it was me who had shared the good news.

She was obsessed with tiny details, never the bigger picture. There was always something she wasn’t happy with, so her outbursts were usually over something minor. I was constantly criticised but struggled to understand how I could do better or why the minutiae mattered.

Due to the high staff turnover, we were chronically understaffed. There were always vacant positions to fill but most of the time she either couldn’t make a decision or waited for direction from the party. I worked in the dual role for as long as I could, but with no indication a permanent arrangement would be made or my workload would be reduced, I made the decision to step back. By this stage I was aware my wellbeing had suffered and my family and friends were worried. I was working all hours of the day and night, and on weekends. I was exhausted.

She agreed to me working in a part-time position, but it caused a major shift in our relationship. From then on, she barely spoke to me. She would avoid eye contact. We communicated mostly via email and I was no longer involved in any decision making or planning in the office.

I later discovered she didn’t lodge my new contract for several weeks. I wasn’t paid correctly, and other staff weren’t either — one colleague resigned over constant pay errors, another went more than a month without a wage. I made a complaint to the Department of Finance about it but they didn’t intervene. We just had to wait until she fixed it.

Eventually I was made redundant. I contacted my union for advice, and they were helpful, but they don’t really have a presence in MPs offices. I wanted representation as we negotiated the terms of the redundancy, but my boss simply called me in to her office one day without warning. When I suggested we wait till a delegate could join us I was told that wasn’t necessary. The meeting happened then and there. When I tried to address the issues I had around my wellbeing I broke down in tears. I left without saying the things I desperately wanted to say.

So many women are now revealing the trauma they’ve suffered working in this environment, and my experience pales in comparison to theirs. Addressing the degradation, sexual harassment, and abuse of women working in parliament is a priority.

But there’s a broader problem with bullying, intimidation and harassment in parliamentary offices and the perpetrators can be men or women. There is a scale of wrongdoing but it’s all happening within the same framework — and that’s what needs to change.

This week the ALP revealed their plans to refer complaints of bullying, harassment and assault to their head office and affiliates. This is not a solution. It’s just more of the same.

When I left that office I contacted the Department of Finance to raise concerns about the way staff are treated. I never heard back. I keep in contact with others who have, or continue, to work there and from what I can tell, things are worse. I know of at least one staff member who took a formal bullying complaint about her to the department, the whip, and the party, but as far as I know nothing was done.

Every member and senator is responsible for the culture of their workplace — one in which crimes of the most horrific type are being committed. But the Parliament has an opportunity to fix it. They can endorse a truly independent complaints process. This body needs to be visible in the offices of every parliamentarian, reminding them and their staff of the professional standards expected of them.

There need to be consequences for bad behaviour. 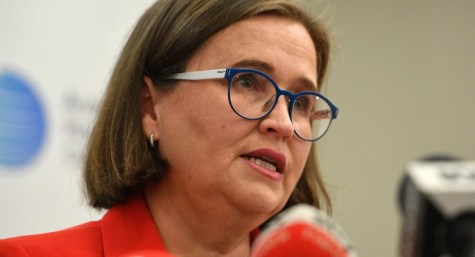 Imagine there were proportional representation in your parliament …

How about mandatory management training for new MPs and Senators, many of whom have often never run a warm bath, let alone an office.

That would certainly be a good start. Going further, The Members of Parliament (Staff) Act 1984should be revised so employing office staff is a privilege dependent on on demonstrating competence in personnel management and meeting adequate standards; the privilege would be withdrawn after any serious complaint by a staffer (to an independent body) is upheld. Parliamentarians who don’t measure up should only have access to public servants who report to APS managers. But I’m dreaming…

BushTucker
Reply to  The Curmudgeon

More the point, there needs to be a high standard of character in people who are allowed to stand for any public office. Back grounding for starters. Then intensive training in staff management. Then, sign a contact agreeing to treat all staff and colleagues with dignity and respect. Not hard.
It’s time electorates start choosing high quality independents and get rid of self serving political parties.

If voters would show any interest in rejecting candidates who lack those desirable qualities all these problems would be solved at a stroke without any need for imposing any such requirements. But the current composition of parliament suggests a ‘high standard of character’ is usually fatal to any candidate’s chances. Voters usually seem wholly relaxed about voting for self-serving crooks, cheats and liars, and deeply disturbed – cognitive dissonance – by any candidates who appear competent, decent and honest.

Mandatory tests to meet character requirements would, I am certain, be immediately corrupted by the political establishment (all main parties) to exclude exactly those high quality independents you admire and retain all the ultra-loyal partisan hacks they want. At least under the present free-for-all a decent independent candidate cannot be prevented from having a go (with due allowance for the exclusions built into the constitution).

Erasmus
Reply to  The Curmudgeon

Unnecessary if one has the strength of one’s convictions.

Have you seen the movie ‘Swimming With Sharks’?

The Curmudgeon
Reply to  Frank Dee

No, but I just read the synopsis. Thanks.

It is beyond belief that in this day and age the Parliament of Australia can operate with no formal complaint and remediation process for its employees. Or is it that the conservatives see this as how IR should be?

The time has come to scrap politically-appointed staffers and replace them with permanent APS employees who belong to a department.Each MP may have one political staff member provided and funded by their party organisation with HR provided by that organisation under an appropriate federal award.
These appointments must be transparent.

Sorry but this tells us nothing and is just an echo chamber of the issues swirling around!! If the author was serious about change or reform being needed they would name names or even have evidence beyond their opinion which could be used even anonymously. Without names, all this is is a story to fit the narrative. It is just like the Julia Banks, Julie Bishop and now the Boothby woman. They all said bullying and sexist rife but don’t name anyone so no consequences and no change!!