When it comes to educating the youth of oppressed groups, do leaders have an obligation to lie?

Today: When it comes to educating the youth of oppressed groups, do leaders have to lie?

Yes case: How can the next generation be warned when it’s unclear which of the many hard-learned lessons actually need to be passed on? No case: Hiding the truth will be harmful in the long-run — young people need to be prepared for the reality of the world.

I’m old enough to remember the publication of “The Sins of our Feminist Mothers”. Written by then ABC TV news presenter Virginia Haussegger, the cri de coeur ran in 2002 in The Age, railing about how older generations of feminists had lied to younger ones like Haussegger. In this case, by telling women that they could “have it all”.

Wrote Haussegger: “I am childless and I am angry. Angry that I was so foolish to take the word of my feminist mothers as gospel. Angry that I was daft enough to believe female fulfilment came with a leather briefcase.” 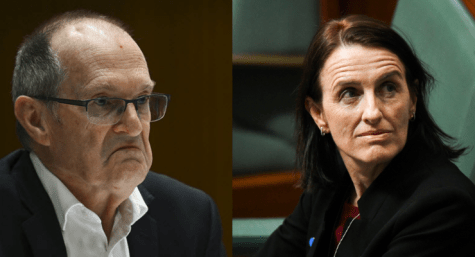 Leaving aside the accuracy or otherwise of Haussegger’s claims about what previous feminists said about fertility, the bigger problem indicated by her angst is enduring and real. What should older generations tell younger ones about the reality of the world they will face?

Did Brittany Higgins’ mother, her female teachers or older colleagues have an obligation to warn Higgins that if she chose to fulfil her dream of working in parliament house — or indeed, any workplace in Australia — that she stood a good chance of being sexually discriminated against, sexually harassed, or even raped?

Of course not! How could they? They would have desperately hoped that Brittany would beat the odds. They would have prayed that Brittany’s employment experience would be better than the one they had known at the same age, given all the hard work previous generations had done to call out the problem, advocate for legislation, and raise the next generation of men to be feminists who grasped the concept of consent.

And if they were wrong? Well, that’s when the handholding and commiseration can begin; the sharing generations of struggle. And the welcoming of one more feminist to the fold to join the march progress towards a world where feminism is no longer needed because everyone is safe and free to pursue their dreams without limit.

I’ve been told that the first few years after female students leave their single-sex high schools are the worst. “Reality shock,” is how some students and educators describe it, as young women raised to have total confidence in their abilities, knowledge, and entitlement to opportunities crash headlong into the sexist and unequal reality of Australian society.

It begs the question, why do it? Why set girls up to expect and learn to thrive in a world that bears no relationship to the actual one in which they will work, partner and procreate?

The answer is, we shouldn’t. While I’m confident both parents and teachers think they are doing the right thing by girls, the shock and dismay some girls experience years after graduation suggest it would be better for them to know the truth. The truth about what boys are really like at their best and their worst. The truth about the challenges of getting airtime when boys are in the room, and access to scarce space and resources.

The obligations of elders to tell the truth don’t just apply to older feminists, but leaders of all oppressed groups.

One such leader was American sociologist W. E. B. Du Bois. At a time when the prevailing rendering of black children was one of prejudice, Du Bois created a children’s magazine that printed images of black children doing ordinary American activities. While race riots, beatings and lynchings of black people were rife, Du Bois exhorted children to act as “foot soldiers in the march toward social progress.”

To prepare black kids for this responsibility, Du Bois never lied. He never depicted a world for black children that was safer, fairer, or more filled with opportunity than it was. He never told black children fairy stories to discuss the cruel facts of American racism.

Instead, his goal was to, “instill in them a pride and a politics that would help them navigate and overcome it”. 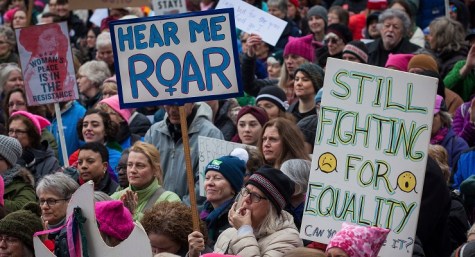 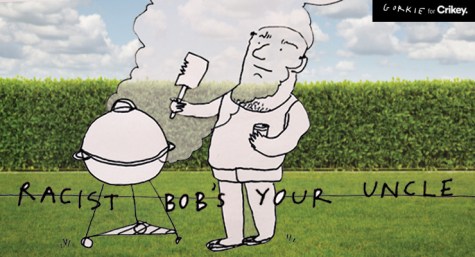 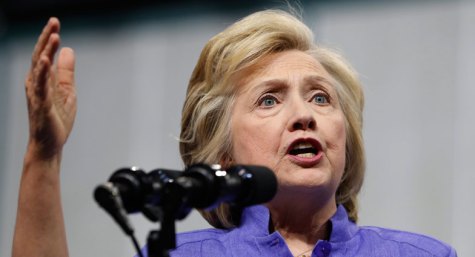 Just read Helen Garner’s The First Stone and go from there.

I’ve come to the conclusion that I will always take the view of what I think is right, not what side Cannold sits on. And I support the ‘no’ side. I wouldn’t even tell my kids Father Christmas was real if I had my time again. Why lie to your children, or any children. That only breeds distrust

I enjoyed that discussion, Leslie.

“What should older generations tell younger ones about the reality of the world they will face.”

Well, I would start with ‘Sorry, we completely mucked up what was a reasonable social order’.

And ‘you’re on your own, and as bad as that sounds right now, it’s much better that this is so. You’ll do better with your life carving it out from first principles’.

And ‘don’t do Facebook, it’s just a narcissist den, your life will be better without it’.

If this piece passes for profundity then just what would pass for idiocy? As to the question from Cky “what
do you BELIEVE” such is JUST the problem.

Take a look at the Manifesto. We make our (own) decisions but seldom in circumstances created by ourselves. Inasmuch as we don’t do the ordering for Coles or Kmart we only get to choose what is stocked. Similarly for politicians, incidentally, except for independents (and there is no great choice there!).

Feminism, Greer style (Alice Paul etc. come to that), was consistent with Marxism (and v.v.) The identity and
trans stuff is quite a different matter which presents as a quasi nationalism and extends to the less desirable
aspects of social media.

Yet many (perhaps most) identify with their friends on FB, or whatever, more strongly than those in their proximate environment. The ‘duality’ is hardly conducive to real-world expectations.

As for suggestions : (1) any of the ancient Greek or Roman plays will do for an overture to ethics followed,
(2) by Bacon, Marlowe, (Chesterfield at a distance) and Emily Dickinson with Woolf (try Orlando), Gertrude Stein,
Clarice Lispector (The Hour of the Star). Such will suffice for a beginning. Pity that literature is no longer taught. All my female friends during my teens were literature-heads.

Lastly : Never lie irrespective of the circumstances! Decent people don’t deserve being lied to and the prats
are not worth the compromise.