Striping away welfare means that jobseekers will accept substandard work conditions — which is good for small business owners but bad for the economy in the long run.

The federal government is expected to increase the JobSeeker rate today by $50 a fortnight in exchange for tougher mutual obligation requirements.

Recipients are currently receiving a $150 coronavirus supplement per fortnight, which will end next month. Under the new deal, single people on the dole will get $615.70 a fortnight.

Recipients have been campaigning for the full $550 coronavirus supplement to be reinstated and made permanent, as part of the #80aDay campaign by the Australian Unemployed Workers Union.

The meagre announcement will be shattering news for recipients who must brace themselves for a further payment cut.

An epidemic of lazy rhetoric

The news is hardly surprising, given the Coalition have been laying the groundwork for a further rollback in recent weeks by emphasising the need to get recipients “back to work”, invoking the well-worn trope of the mythical “job snob”.

Every few years, conservatives have a collective conniption about a supposed explosion in the pickiness of the nation’s jobseekers. The AFR legitimised this rhetoric with multiple recent articles decrying welfare recipients supposedly “gaming the system”, following News Corp’s ongoing amplification of the Coalition’s anecdotal evidence of recruitment shortages.

These claims do not match the evidence. Indeed, more generous payments appear to increase recipients’ commitment to work.

Especially unfounded is the present notion job seekers refuse to relocate for work, which in reality many would consider except when the work is precarious and the move is prohibitively expensive.

A rushed job search helps no one…

In fact, a growing body of evidence suggests Australia would be better off discouraging jobseekers from jumping hurriedly back into the job market. Indeed, we should encourage them to be more “snobbish”.

While the literature remains somewhat contested, researchers are increasingly finding that generous benefits support the jobless to find jobs that best suit their skills and education.

If they can invest time in a thorough job hunt, unhurried by the threats of eviction and malnourishment, they find positions with better pay, security and conditions, and remain at their next employer for longer.

This benefits the individual, who will be more affluent and fulfilled; the company, who get a more engaged and motivated employee; and the overall economy, which benefits from the greater productivity facilitated by better job matching.

…Except lousy bosses and their political allies

Conservative politicians, however, have powerful incentives to resist this conclusion beyond sentimentality for the romantic ideal of plucky applicants “pounding the pavement” with stacks of resumes.

The core of the Coalition’s base is small business owners, who stand to benefit most from desperate jobseekers’ willingness to accept substandard job offers. If welfare benefits are enough for one to hold out for decent opportunities, small businesses are more likely to be outbid for talent by bigger organisations. Small businesses then have to *shock horror* invest in training people with fewer skills.

But if life on the dole is virtually unliveable, overqualified applicants will hurriedly send their resume for any slightly-less-terrible opening. As US-based journalist Matthew Yglesias has said, “the Republican Party’s car dealership-owning base … love a situation in which well-educated, non-trouble making, super-competent people are desperate to go get a shitty, low-paid job with bad working conditions … but that’s not actually what a good economy looks like”.

To support better job matching, economist Steven Hamilton of the Blueprint Institute has floated an unemployment insurance (UI) scheme, which the Morrison government is reportedly considering.

The suggestion initially faced some backlash from dole recipients due to the AFR’s framing of the reform as a potential replacement for the “open-ended dole”. But as a complimentary reform, as Hamilton later emphasised it must be, UI could help defuse the sudden shock of being unable to pay one’s mortgage or rent.

A cohort that could use such a smoother transition, for instance, are the thousands likely to be laid off after the JobKeeper subsidy ends in March.

Before the pandemic, Australia had the lowest benefit for newly unemployed people in the OECD. Without a bigger JobSeeker boost and a UI scheme, recipients will continue to be robbed of the positive freedom to make careful decisions about their long-term future.

But perhaps that’s the way Australia’s ruling class like it.

Is it time to overhaul Australia’s welfare system? Let us know your thoughts by writing to letters@crikey.com.au. Please include your full name to be considered for publication in Crikey’s Your Say section. 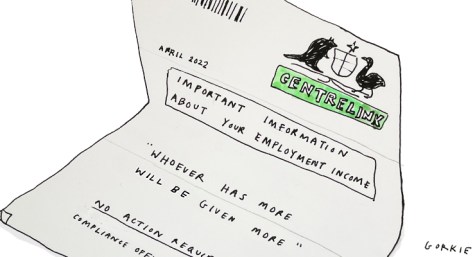 JobSeeker payments are soaring in our wealthiest suburbs. What’s going on? 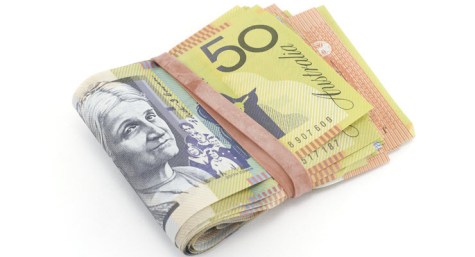 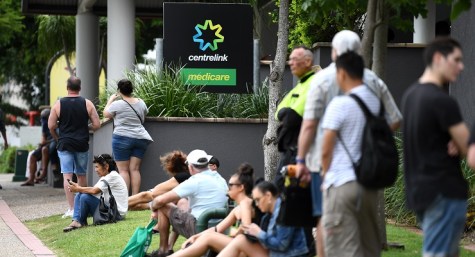 Having welfare payments that are below the poverty rate just entrenches unemployment. Once people find themselves below a certain level financially, the slightest misfortune becomes a major calamity and the dominoes start falling. Flat tire equals no car. No money for the dentist, advanced gum disease later on. Pay the minimum on one credit card using cash withdrawn from another, until you can use neither. This is why people committed suicide over $2000 robodebt notices….when you’re that far down the dunny, it may as well be two million, for all the chance you have of paying it off. Give people enough to give them a fighting chance just to get back in the game – no one is asking for luxury….but keeping people from falling below that line-of-no-return is in everyone’s interests. The stats clearly show there is an increasing concentration of wealth in the upper 1%, a decrease in the size of the middle class and an increasing number of people who have very little wealth whatsoever. You don’t have to extrapolate this too far to see the future ahead – even in a docile and compliant society like Oz, things can get ugly when you have a big enough crowd of poverty-stricken people who are sick and tired of watching the superwealthy get richer and richer.

Social housing would be excellent, in the hundreds of thousands to be built in all states. Is the waiting list still in the 7 or 8 year wait? Won’t be done of course as real estate has become affordable for those with “excess” money. When I was unemployed the rent was the biggest cost, then power bills and mobile phone costs. Dental was non existent, unless an emergency required a hospital visit ($25 fee compulsory at dental hosp?). So many activities no longer possible – tickets for art gallery exhibitions (rare even now), lunch with friends (could not spare the $20 or so), hair cuts, basic cosmetics, new clothing etc. And I was not a trendy young person – was middle aged and knew value of money. What I recall is the overwhelming constant stress of counting just how much I could spend on a fortnightly basis, PLUS having to look for certain number of jobs per week. Also did not tell friends how dire my situation was at the time. Finally got a job – private small business, running the office, but under award wages. Think supermarket juniors were earning more than me. But it was a job, even though I was certainly exploited.

You echo my thoughts exactly. I’ve been lucky in life, but I haven’t forgotten what it was like in the beginning. Unlike our pollies it seems, still sprouting their (discredited) neocon nonsense.

“An extra $3.57/day? Don’t spend it all at once.”
Imagine how many cheap red herring distractions you could buy with that?

Or how far Mathias C. could have flown around Europe, suckin’ up for that OECD gig, on that!?!? Or how much “internet” Stewie Griffin … sorry Stuey Robert ….. could have got for it? Or …..

When I realised that the dole rate isn’t so much about keeping people in poverty, but keeping a number in vulnerable employment, the welfare system finally made sense. As it stands, there’s no onus on businesses to attract employees or improve conditions beyond the legal minimums (or not even that govern how infrequently and lightly violations are punished) because a bad job for terrible is better than the alternative.

The result is millions of our fellow citizens living under or close to the poverty line, and that’s something as a body politic we accept and vote repeatedly to keep in place.

Aside from the paltry sum offered, given the Coalition don’t want to “give” anything to the unemployed, the timing of the announcement just happens to coincide with the increasing pressure being applied to President Bargearse, his inept cronies and Liberal flunkies over his at best clumsy and at worst utterly “faked empathy” handling of the Brittany Higgin’s allegations. This is the standard Bargearse strategy – “we need to find a diversion … how about we announce a pitiful increase in JobSeeker!”.