Australia could just be the first theatre in Facebook's play to get out of the news biz.

Just this past weekend, Treasurer Frydenberg was humblebragging about his chats with Facebook CEO Mark Zuckerberg. He must be feeling a bit cancelled now, with the platform’s overnight confirmation that it would block anyone in Australia from posting news stories from local or international sources.

It confirms Facebook’s announcement last August. Now we’re seeing what that means for Australians who spend about 12% of total internet time on Facebook News Feed.

The Facebook block is already disrupting both news and non-news organisations who have relied on the dominant social media platform to reach Australians. Now, from weather to the last on COVID-19, it looks like the audience will have to, um, Google it.

It’s the latest twist in the big tech v old media battle being fought out through the federal government’s proposed mandatory news bargaining code (passed through the House of Representatives last night) which requires Google and Facebook to pay publishers.

The scope of posts and pages being blocked in Australia is driven by the code’s expansive definition of news (“content that reports, investigates or explains current issues or events of interest to Australians”). Threatened fines of up to 10% of Australian revenues is apparently encouraging Facebook to take an expansive approach to what the code calls “a news source”. 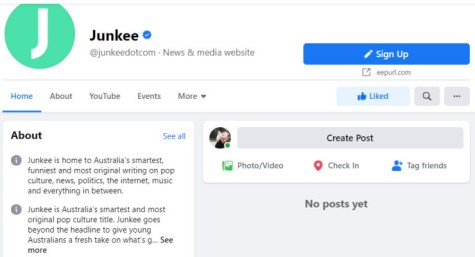 The good news (unless you’re, say, Craig Kelly) is that plenty of “contentious” facts will be caught up in the ban. The fake news schtick dresses misinformation up with the look of journalism often channeled through political leaders and right-wing news media.

The conservative parties who have relied on Facebook to reach older voters (like last election’s notorious “death taxes” claim) may find their communications, too, will be disrupted.

It’s not just Australia. This week Facebook announced it was extending its trial of “de-prioritising” news posts from Canada, Indonesia and Brazil into the United States. “De-prioritising” are Facebook weasel words for cancel by default: news drops so far down your feed that you’ll rarely see it.

“News” has been little but grief for Facebook since the world discovered in 2016 that its much vaunted algorithm couldn’t readily distinguish between real and fake news. Bad faith actors (“Russia, if you’re listening”) worked out how to game the algo for their own ends.

Facebook’s initial solution was to throttle news posts in an early 2018 pivot to prioritise posts from family and friends, and throw moderating resources (that is, people) to trawl through feeds — creating one of the worst jobs in the tech world.

In it’s overnight announcement, Facebook’s Australian head Will Easton reckoned that only 4% of all posts seen in Australia were news. Small right? Except total time spent on the Facebook News Feed quickly translates that 4% into millions of news stories seen a year.

In an each-way bet on available facts, Easton estimated that links through the platform were important enough to generate $407 million last year for Australian publishers. Those with output targeted to feed the boomer outrage seemingly embedded in the Facebook algorithm will be particularly affected.

It’s this imbalance of perspective that drove the findings of the digital platforms inquiry by the Australian Competition and Consumer Commission, which concluded that news media would likely lose significant revenue if they lost referrals from Facebook, adding: “The opposite is not the case for Facebook. Access to the news content of any one news media business is unlikely to have a material effect on Facebook or its users.”

Meanwhile, Google has been quietly nailing down deals to re-publish material in its News Showcase, including a global deal with News Corp announced overnight. Most deals are confidential, but based on what’s been leaked out, it seems Google will be paying Australian publishers about $120 million through it’s preferred model.

It’s probably pro rata about double the global pot of US$1 billion announced by Google last year (as Crikey guesstimated last week) and less than the A$1 billion ambit claim for Australia alone nodded at by News Corp in April. 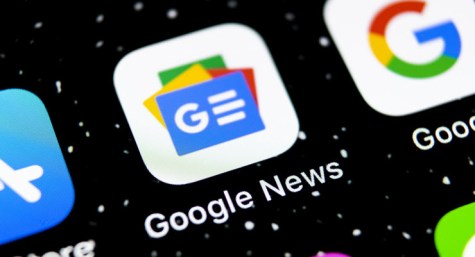 Hi Crikey,
I believe you left out a ‘te’ in the third paragraph spelling of ‘latest’ when it comes to the COVID-19 situation. It is written as ‘last’
Thanks,
Max

Australians who spend about 12% of total internet time on Facebook News Feed.
This is ambiguous. What does it mean?

The first is a scary thought, the latter is just diabolical.

Grist to the mill that the last election was won in Australia by the Facebook lie about death taxes which went the rounds of Facebook. I know quite a few people who absolutely believed it.

Hooray! Someone has switched the light on! Now is the time to take a good look at ourselves, how we have allowed a foreign software to come between ourselves and expert news analysis. It is time to remove all your valuable files from Facebook and put them somewhere a damn sight safer. Letting Facebook have leverage over you is a sure way to end up doing something stupid, like voting for Trump.

Don’t let anyone say, oh there were good things about using Facebook. If two thirds of the country had been infected with smallpox, there would be the same bleating voices again, saying, “Oh, but we all have so much in common, and the scars are so pretty!”.

Now is the time to decide who are the authoritative sources of your information, and bookmark their websites. And it is long overdue time we all started paying a subscription to a newspaper, so that it is we who are the employer of the journalists.

Facebook and smallpox aren’t the same Roger. If you’ve had smallpox once you can’t get it again.

And even if you can’t afford subs, there are many legitimate free online news services worldwide.

Bookmarking websites – how quaint. Yes, I thought that was how people got their news, because duh! Obviously not.

I’m working out that if you get news directly from news sources, like Crikey and other free and subscriber content, you are part of the elite of internet consumers. Who knew?

Judging by what’s left on my Facebook today their definition of “news” will leave them with few active users. Is MySpace still going?

What sort of ninny gets their news through Facebook ?

What sort of ninny doesn’t?

Yes I subscribe to reputable journals Crikey, Wall St Journal, Deutsche Welle, NYT, Los Angeles Times. These generally have links to other reputable and minor journals. Did facebook reduce the computer resources needed by the Australian Bureau of Meterology. All it does is elevate crackpot sources, so we are best without facebook

That, dear Spica, is the right question.