Australia's news media bargaining code will set a dangerous precedent for the future of the net.

I love The Guardian. It has long been my most trusted news source worldwide. I have been honoured to write for and work with this grand institution. So I am sorely disappointed that it’s dancing with the devil, Rupert Murdoch, in backing Australia’s news media bargaining code.

The code is built on a series of fallacies. First is the idea that Google and Facebook should owe publishers so much as a farthing for linking to their content, sending them audience, giving them marketing. In any rational market, publishers would owe platforms for this free marketing, except that Google at its founding decided not to sell links outside of advertisements. The headlines and snippets the platforms quote are necessary to link to them, and if the publishers don’t want to be included, it is easy for them to opt out. 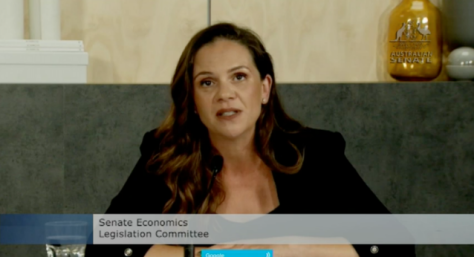 Second, the major media companies of Australia — Murdoch’s News Corp, Nine and, yes, The Guardian — are not beggars in Oliver Twist’s poor house as they would have us believe. They will survive.

Third, no matter what happens in this political drama, Murdoch — as ever — wins. Either he gets paid by Google and Facebook, or, as threatened, Facebook bans news from its newsfeed and Google pulls out of Australia. Since Murdoch and Nine own almost all the biggest media brands in the nation, they’ll be fine. Any media start-up that dreams of competing with Australia’s media oligopoly will be unable to find a hold in the market. Small companies in many sectors will suffer. Users will suffer.

I predict that the politicians who made this happen at Murdoch’s behest will suffer once citizens realise what they must do without. But Murdoch won’t.

What worries me most is what the code would do to the internet, worldwide. As The Guardian reported, Sir Tim Berners-Lee himself, the man who invented the web, said the code would break it. The precedent of having to pay for the privilege of linking to someone is antithetical to the core ethic of the web: that the edges finally win over the power at the centre.

In the United States, where I work, it is only because of the web and its architecture of the link — as well as social media and its hashtags — that we have finally heard the stories of #BlackLivesMatter and #LivingWhileBlack and #MeToo from voices too long excluded from mass media, run by old, white men (who look like me). The net challenges the old mens’ hegemony.

No wonder Murdoch does everything he can to cripple the internet and its proprietors, cashing in his political capital — conflict of interest be damned — to buy protectionist legislation favouring his companies against his competitors.

In beginning to pay publishers for their articles, Google and Facebook are playing into his hand — and I’m unhappy with them, too, for setting a precedent I consider dangerous for the future of the net. 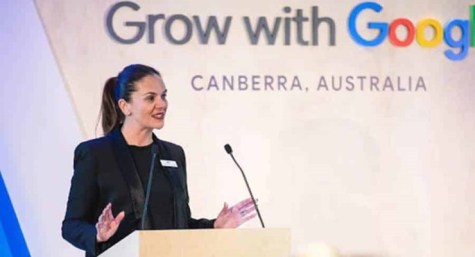 You may ask why I’m so vitriolic about your native son, Australia. (In disclosure, I once worked for Murdoch as TV critic for America’s TV Guide. Also, the school where I teach has raised funds from Facebook and Google, but I receive nothing from them.)

My animus toward Murdoch comes from seeing his media company damage my family and my nation. Fox News brainwashed parents across the country. Donald Trump was the Frankenstein’s monster of Murdoch’s network. The January 6 riot at the US Capitol might as well have been Murdoch’s garden party.

Rupert Murdoch is the single most malign influence in democracy across the English-speaking world — and his influence spreads even wider now, as even formerly sensible Canada and the European Union are considering following Australia’s lead in killing the web with carbon copies of the code.

If Murdoch is the devil, The Guardian was the guardian angel come to battle him. That’s why I’m so disappointed. I’m equally concerned that The Guardian, as well as most news media lately, have turned dystopian in their coverage of the internet and technology. I am old enough to remember when they were optimistic, even utopian. But that is a discussion for another day, another beer.

I say this at the risk of my relationship with The Guardian, an affection that goes back many years. But as much as I love The Guardian, I love the internet even more.

Jeff Jarvis is professor of journalism at the City University of New York.

Private Media, the parent company of Crikey, is a current participant of the Google Showcase program. Content from Crikey and other Private Media brands is featured on Showcase as part of a commercial partnership. 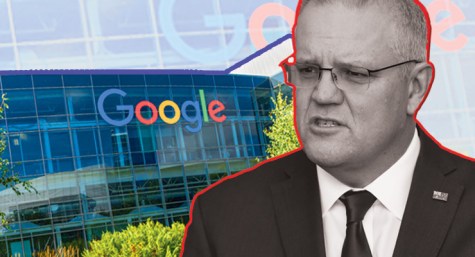 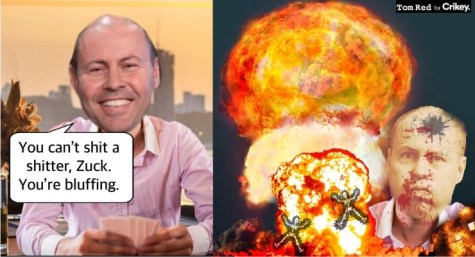 The Guardian’s OK. A lot of what they publish is just as rubbish as everyone else. Their stance on Julian Assange is unforgivable. They do keep First Dog on the Moon, after the ABC kicked him off.

They’re not the most surprising backer of the plan though. The University-based “The Conversation” project is also on the record in support [1]. Of course they’ve published just as much nonsense on the subject as any other outlet. Seems that the combination of a fairly detailed technical issue with the bogey-man of “international monopolists” leads even otherwise rational people to insupportable conclusions.

yeah, if the Guardian ever published a full apology and correction re their mishandling of Assange, I may even be tempted to throw them some money on a regular basis

Their ‘anti-Semitism’ attacks on Corbyn were also reprehensible.

While they’re at it, they should dump Gay Alcorn from their list of “columnists”. She’s a Newscorpse-wannabe who has defected to Nine, but her name and her last article, now six months out of date, cling stubbornly to the Opinion page. Whenever I point this out to other readers, they delete my comment.

When one is deleted there it is shown – unlike this flaccid organ which disappears one entirely as an unperson.

I’ve been a reader since it was the Manchester Guardian but it lost me when it fell for Blair, betrayed and traduced Assange and undermined Corbyn from the start.
After he almost won the 2017 election it abandoned all reason which is when the A/S calumny was hatched.

Looks like the Guardian is no better than the rest of the scummy media, the dollar comes first second and any other place, much before ethics and integrity.

IMO, The Guardian is in the mix because why should it only be News and Nine Media that get paid ? If it’s OK for them, it should be OK for all media organisations.

The Libs actually belled the cat when the initial draft left out the ABC and SBS. As I’ve said before in Crikey, this is just blatant rent seeking.

A comment in an earlier article in Crikey nailed it: the newspaper’s customers were the advertisers, and the advertisers have found a better avenue to place their ads (Google and FB), and now the news organisations are bleating because their customers have been “stolen”. I thought the Libs believed in the free market and competition ? Apparently not.

Actually bjb part of our imminent human extinction problem is that Trump has just given us a true understanding of the libs view of “free trade”. You see they all actually believe in what the Donald tried to achieve Trade is merely a sequence of deals and in Donald and the libs view you must win all of them. A thinking person knows that can lead to failure of international trading deals or warfare.

Sorry that one was probably a touch off topic. On topic, as a fan of majority of Guardian articles, I am very disappointed in their position on what could become worst attack on access to information since computerization.

You might want to check the meaning of the “belling the cat” parable.
When Moloch was moving into the Benighted States media scene he asked the owner of Macys why they would not advertise in his rags.
The reply was “Your readers are our shoplifters!”.

Facebook and Google should only have to pay for genuine “News” and “Journalism”. The entire News Corp community fails in this regard.

Yes why should anyone pay for ‘fake’ news that pretty well means most of Murdoch’s publications bar a few authentic articles.

There are authentic articles? Who knew!

“there is no doubt that big tech extends a powerful grip on the news media industry and there’s no doubt it should pay its fair share of taxes. It should also pay for the news it uses.”

The only part of this that is true is “it should pay its fair share of taxes”. The rest is utter BS.

I don’t use FB, so cannot comment, but NOWHERE on any Google property can you view ANY entire news article. Yes, “rich snippets” are displayed, just like from ANY other web site – this is NOT unique to news web sites.

A “powerful grip” – what tosh. They send potential customers to news sites. As many, many people have said, if you don’t want Google to use ANY of your content, set your robots.txt file accordingly. It’s not that hard.

Frankly, I don’t know why Google doesn’t just buy a news organsiation and tell the rest to get F’d.

I agree bjb . Only the desperate use Facebook any more than fleetingly, so that I don’t care about, except for the fact that it probably decisively swung the last election with the Labor death tax story. Really. I know otherwise intelligent people who just believed it because it was on Facebook, and still believed it in spite of me telling them it was utter BS.

But if they want to be paid for google links, that’s a basket case story. If google aggregates news from other sites and sells it, fair game, as Apple does (do they pay?), but just for having links displayed, oh please GFY!

I sometimes wonder whether they are trying to stop those who post articles from more independent new sites that inform the public of dodgy Government and organisations’ behaviour. I’m not sure how far public postings go on afaceBook but I do see it could be seen as a competitor to the propaganda of Murdoch rags

As I understand it, the “rich snippets” you mention are supplied by the site that is linked to (in the metadata of their pages). If they didn’t want it to appear in a Google search, they wouldn’t provide it.

That is true, but the GoogleBot can also infer “rich snippet” from page content. In any case, if media sites don’t want to have anything to do with Google, robots.txt is your friend.