The outburst against Michael Rowland wasn't the first time Greg Hunt's mouth has gotten away from him.

On the hunt Yesterday we all cringed through Greg Hunt’s churlish response to Michael Rowland’s question about the Liberal logo being affixed to announcements on vaccine distribution. Hunt accused the ABC journalist, a man so deep in the centre he’s perpetually in danger of being crushed, of being “of the left”. (Perhaps Hunt should look up Rowland’s history on Wikipedia?)

But this wasn’t the first time Hunt’s mouth has gotten away from him. There was the time he had to apologise (six months after the fact) for shouting abuse at the mayor of Katherine, an outburst she described as “misogynistic” and the most unprofessional interaction she’d had with anyone at his level.

Hell, it’s not even the first time the Health Minister has turned an ABC journalist’s question into a personal attack. In 2018 he badgered Patricia Karvelas to “stand up for freedom of speech” when she asked questions about his party’s views on gay conversion therapy.

That’s a lot of mouthiness for a guy that generally comes across as a buttoned-down, bloodless bureaucrat.

The Libs love a logo While we’re on the subject, this is far from the first time we’ve seen a Liberal Party logo cropping up where it doesn’t belong. Back in January 2020, at the height of the bushfire crisis, Scott Morrison shared a Liberal Party ad setting out additional assistance to affected communities.

We’ve also seen an increase of the inverse: government departments putting out “information” that sounds suspiciously like political party talking points without a party authorisation in sight.

Then there was Georgina Downer (not even an MP, but a candidate) rocking up to a bowls club holding a giant novelty check with her face and the Liberal Party logo on it, taking credit for $127,373 in public money. A picture of this led to eventual unraveling of the sports rorts scandal.

Flying heap of crap watch There are even more problems with the F-35 program, which Scott Morrison gleefully equated with Australia’s sovereignty on Monday. Now, according to Bloomberg, the F-35 team that performs at air shows around the world have had to scale back their appearances due to longer repair times because… the engines get too hot. Great stuff.

Feel the Berne We here at Crikey have expressed a fair bit of scepticism about the government’s proposed media code, but here’s a point we hadn’t thought of: it may violate the Berne Convention for the Protection of Literary and Artistic Works, an international agreement to which Australia is a party.

US academic Sean Flynn and lawyer Jonathan Band recently raised this issue in Info Justice, the blog of the American University Washington College of Law’s Program. As they point out, Article 10(1) of the Berne Convention provides that:

… it shall be permissible to make quotations from a work which already has been lawfully made available to the public, provided that their making is compatible with fair practice, and their extent does not exceed that justified by the purpose, including quotations from newspaper articles and periodicals in the form of press summaries. 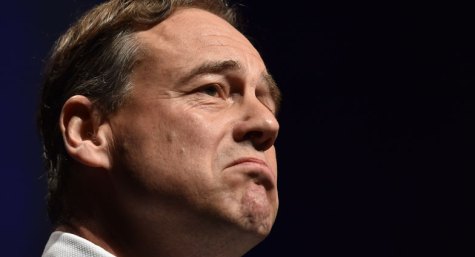 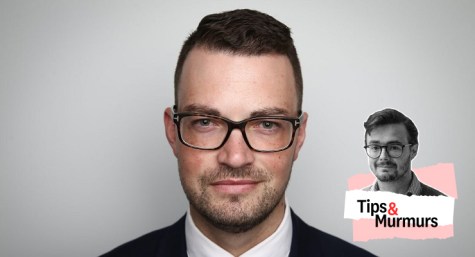 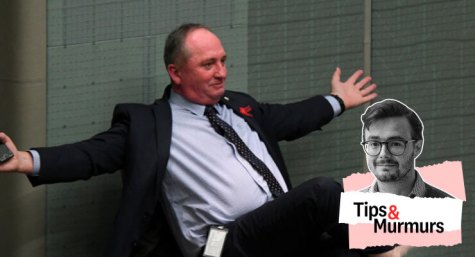 why is there a Union Jack behind Smoco in that picture where he’s sitting in a Pile of Crap … shouldn’t it be the Stars & Stripes?

Greg Hunt (better known in some quarters as ‘Mr Magic Hands’) is obviously good value in the field (and it is a large one) for the ‘Errol Flynn of Australian politics” Stakes this Season. Old ‘Magic’ will have some stiff competition in the running though from the likes of Peter Dutton and Stuart Robert and Christian Porter who would all be vying for pre-Post favouritism

ratty
Reply to  Terry of Tuggeranong

Is “Magic Hands” of the same ilk as the title of “Sexy Fingers”?

Plus ca change: the UK used to have a Hunt in charge of what’s left of the NHS as Health Secretary and as inept as “our” Hunt. Any relation or just generic Hunts?

Hunt is just following one of the tenets of LNP Mantra.
“Shoot the Messenger”

Dog whistling, agit prop, climate science denial, temper tantrums or aggression etc. may make good optics for votes in regional Australian electorates, but our national media oligopoly then broadcasts same nationally but may have the reverse effect elsewhere….. (versus old days of regional tv/radio allowing a dog whistle in one electorate, but the not the next).

PS Surprised no media have caught Hunt opportunistically standing in front of signage, like his name sake did in the UK, to spell out a word that sounds similar starting with c….. gleefully reported by Have I Got News For You and Private Eye.