Crown exploited the way power works in Australia to prevent it being effectively regulated — until journalism and an independent regulator forced the hands of politicians.

Why did it take a NSW regulator to publicly confirm what Nine’s journalists, led by Nick McKenzie, had revealed about the profound failings of Crown, which operates casinos in Melbourne and Perth? 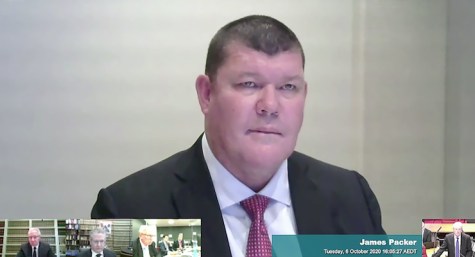 OMG! Someone, somewhere has publicly smacked a Packer and Sydney shudders

Not that prior to the NSW Independent Liquor and Gaming Authority being asked to investigate the revelations about Crown’s links to organised crime, money laundering and governance failures, the company had struggled in Sydney — it was the O’Farrell government that had waved through Crown’s unsolicited bid for a vast skyscraper casino just west of the harbour bridge.

The Victorian Commission for Gambling and Liquor Regulation had turned a blind eye to Crown until the sheer weight of egregious scandal forced Daniel Andrews into calling a review of Crown’s licence in December.

That review won’t report for months and is entirely superfluous. Patricia Bergin SC and her inquiry team in Sydney have done the bulk of the work: Crown is unfit to hold a casino licence in its current form and its CEO and a number of its directors need to go, pronto. Two directors left today.

Andrews is desperately trying to pretend the Bergin report doesn’t exist and wants to wait for his own “frank and fearless” review. The regulator has been anything but frank and fearless in recent years.

The lesson of Crown is that it took high-quality journalism and an independent body with judicial-style powers to address the failures of politicians of all parties in three states (not to mention federal politicians, who have jointly secured $200,000 in donations from Crown since 2010).

The politicians could not be relied on to protect the public interest because of their self-interest and Crown’s effective exploitation of the way power works in Australia. Give generous donations, employ former politicians and staffers and you can exercise a colossal influence over the way you are regulated.

Crown also cloaked itself in credibility. Its board is a list of political, bureaucratic and business luminaries. Helen Coonan, former communications minister — and about the only board member to emerge from Bergin’s report with her reputation in any way enhanced — was on the board for a decade before becoming chair last year. Longtime senior bureaucrat Jane “kids overboard” Halton was on there. Former chief medical officer John Horvath. Ad and media doyen Harold Mitchell. Ex-AFL CEO Andrew Demetriou.

It’s a glorified line-up for a casino and hotel company. Directors provided not just whatever political and business connections they brought with them but credibility and seriousness, designed to improve the image of Crown. Instead, the opposite happened. The sleaze and scandal of Crown engulfed them and dragged them down, leaving many of their reputations in tatters along with Bergin’s instruction that they leave as quickly as possible.

Not quite the wealth and ascension into the senior echelons of Australian business and the global gaming industry that they had in mind.

There are other Crowns littering Australian business — corporations that exploit the systems of political power to advance their interests at the expense of the public interest. Some we know about. Westpac and the Commonwealth Bank were pinged for massive money laundering violations and the banking royal commission exposed their ruthless greed. Fossil fuel companies dictate the federal government’s climate policies via donations and the revolving door between their executive ranks and government.

But many others remain unrevealed. Perhaps not as egregious as Crown or Westpac, but nonetheless exploiting how power works in Australia to get their way, with nothing to fear but media coverage and — if one exists — an independent regulator minded to do its job properly. 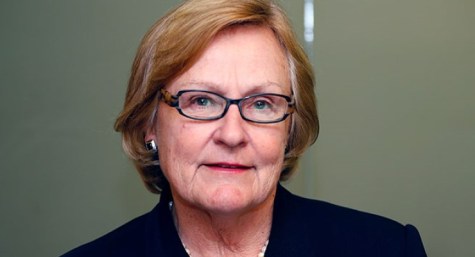 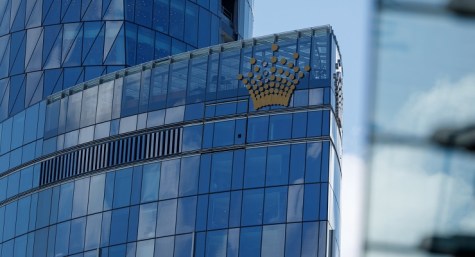 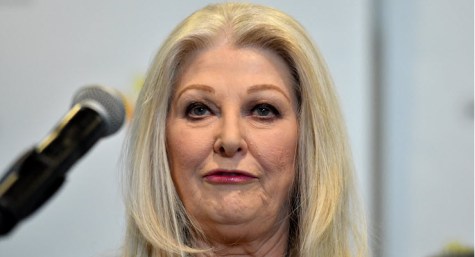 Coonan the Restorian: an agent for change or a target for the corporate regulator?

They seem to be putting more money on “Blue” – and ‘saving’ on Red/Labor?
…. But I suppose when you’d won a Helen Coonan, pretty soon after she dropped out of her daze job in politics ……

Crown was found to be unsuitable to run the Sydney business based entirely on its illegal and criminal operations in Perth and Melbourne.Crown still operates in those cities under ministerial supervision. Do the state premiers wish to comment?

It wasn’t the investigative journalism that brought the house down on James Packer. It was the own goal back in May 2019 when he sold down 10% to Melco which includes Stanley Ho as an associate – explicitly barred from ever having any association with Barangaroo, which compelled the NSW Independent Liquor & Gaming Authority to take action. The Nick Mackenzie report was added to the terms of the inquiry called by the NSW parliament in August 2019 into the share sale. I make the point because there is a lot of misplaced trumpeting of the ABC/Nine investigation that brought Crown down. In fact it was the arrogance and hubris of James Packer pushing ahead with a transaction that wasn’t permitted in the first place, which of course he blames others for – he would wouldn’t he? If it wasn’t for that transaction an inquiry is unlikely to have happened in the first place. For sure the ABC/Nine investigated helped by pouring a lot of fuel on the fire. However, James Packer’s action with the Melco share sale will have to go down as one of the worst own goals ever.

But an arrogance and hubris solidly founded – on all that political support (after all those donations?) – with a DIY “self-regulation” thrown in for good measure?

The whole donations-influence thing is totally overblown – Crown’s donations are trivial in the scheme of things. It’s just too simplistic to think that would make a difference. Does anyone seriously think if the political donations were zero the outcomes would be any different? Hardly. Crown’s problem was a dominant single major shareholder that ran the company like it was his own personal business and gave lip service at best to governance. He was fixated on the bottom line come he’ll or high water. Management were there to carry out orders and smacked down if they stepped out of line. To stop this in the future, NSW, Victorian and WA regulators should change the law to prevent any one single person being able to control more than 5% (not 10) of a casino licence holder to allow proper governance to be followed. The Casino regulators need to be beefed up with more resources, and with people who actually understand business and how casinos operate. They are stacked with bureaucrats who who lack practical knowledge. Finally, their terms of reference and mandate needs to be changed to look at the things that matter, and not chase irrelevant minutiae.

All those lights and publicity – all that building activity in one place – all that money (turn-over, taxes and donations – if that doesn’t grease wheels why give them?) – our politicians are only human, they can only ignore so much temptation.

Again, you are missing the point. Tell me what these bedazzled politicians actually did to lead us to where we are now, and not just hyperbole? It’s about a very poorly governed company for the reasons i’ve spelled out. The regulator was ineffective not through any deliberate government policy – they just aren’t set up to be effective because they are staffed by people who are well meaning but really don’t understand what to look out for. They lack people with practical experience of how the business works. Politicians and senior bureaucrats have even less of an idea. Most people find them a bit of a mystery, and it shows when you read what is written and said in the media.

And who appoints these gummy “regulators” and keeps them on short chains – including funding? Who decides that these money machines can “self-regulate” : rather than have a pro-active educated regulator looking over their shoulder?

Which government is emasculating their ICAC’s funding?

Crown would not have been able to get away with as much as it has for as long as it has, without “official ignorance” – they just got greedier and kept pushing that envelope, enough that dogs were barking at what was going on.
With all that baying, something had to give – a Bergin.
…. On the bright side, at least Shredder’s reputation is partly saved?

You only have to look at the Banking RC to see what happens when donor interests dictate how regulators are “pruned to shape” for the benefit of those donors.
The effects, over a period of time, of ever diminishing funding on a regulator’s ability to regulate (ASIC, APRA) – to the point where it becomes a “joke”, and the temptation to “get in on the joke” (“little fish” in the scheme of things – Terry Lewis) becomes overwhelming for some.

Appointing “similarly inclined” “safe pairs of hands” to Heads that won’t rock the boat. Heads that work so close to their political masters that they come to understand what’s expected of them, what they can and can’t do – and what they can get away with.
That want in on a little of that action, after watching what goes on “above”?
“Accountant’s fees”?
“Help with relocation costs”?
“Cartier watches (not quite the crab drawing power of $$$Rolex but quite fetching) – for doing your job, for which you’re well paid”? Etc.

Why would a gambling empire employ politicians like Coonan and Labor spivs Arbib and Bitar?
If not for the same reasons AWH took on a politician with “memory problems” in the shape of “Arfur Seenodonors”?
If not to “open (back) doors” and “ease the way” to “parties in power”?

One is sceptical too by a mainstream media outfit claiming ‘investigative journalism’* (vs. e.g. a Michael West without corporate resources) when all the signs were there, while so many other compelling political/business issues of the day are not investigated….

James Packer, square pegs in round holes, wonder if he wishes that he was born into an anonymous suburban family without the leg up and substantial inheritance, or at least invest/work in a less public business in the background which he could have done.

*Observed an investigative report some years ago by a media outlet which simply used a flawed academic’s report, word for word, which in fact was agit prop looking for publicity…. then won an award….. only in Oz….

I tend to agree, seriously. Packer has proved himself somewhat inept. He should go the way of his uncle, cash in his shares and drop out to a commune in San Fran, and perhaps find peace. Kerry never did, I don’t know why anyone with serious money continues to want to play in the cesspit of big business, on the other hand I sort of know the answer to that. Small men, big egos, galaxy sized chips on their shoulders, driven by base human psychology. Never rose above themselves, total puppets to their own pathetic psychology.

Time now to examine reel starving and losses disguised as wins in all Victorian gaming machines.