Good morning, early birds. A hotel quarantine worker at Melbourne Airport’s Holiday Inn has tested positive to COVID-19, and Nationals leader Michael McCormack has flagged excluding agriculture from any potential 2050 target of net zero emissions. It's the news you need to know, with Chris Woods.

Victoria’s health department has announced a hotel quarantine worker at Melbourne Airport’s Holiday Inn last night tested positive to COVID-19, after initially testing negative at the end of her shift on Thursday February 4 before returning to work yesterday morning where she later developed symptoms and was retested.

Other Holiday Inn Airport workers and close contacts are being contacted, and three new contact sites have since been announced:

The person was reportedly not showing any symptoms but had been tested on day 16 as part of an enhanced follow-up strategy for returned travellers. NSW Health calls on any visitors to the following two high-risk contact sites to get tested and self-isolate until they receive further advice:

Additionally, the department calls on visitors to the following sites to get tested immediately and self-isolate until they receive a negative result:

Lastly, visitors to the following are urged to monitor their symptoms:

The news comes as students return to school in Western Australia today, with WAToday reporting that masks are mandatory for secondary students, parents and teachers in the Peel and Perth region.

PS: The New Daily reports that Government Services Minister Stuart Robert has announced plans to make “vaccination certificates” available through MyGov and the Medicare phone app, and hardcopy versions through Services Australia, ahead of requirements to demonstrate immunity for travel and, potentially, other public facilities such as shops.

Two months after the Morrison government confirmed it is not projected to meet even its relatively-paltry 2030 emissions targets, The Guardian reports that Nationals leader Michael McCormack has flagged excluding agriculture from any potential 2050 target of net zero emissions.

While senior ministers briefing The Australian ($) back McCormack’s view, which included extra support for trade-exposed industries, The Age emphasises that peak farm body the National Farmers Federation has already backed the 2050 target and supports an economically-sound pathway were a plan ever developed.

The continued speculation comes three days after the government confirmed it has no plans for subsidies or incentives for electric vehicles in its “Future Fuels” strategy discussion paper.

PS: As The Driven observes, Energy Minister Angus Taylor has again used some dodgy maths to justify not subsidising election vehicles, this time claiming $750 a tonne abatement costs for a “typical EV” that takes no account for charging using renewables directly and, apparently, equates a 1.86 metre Renault electric van with a 1.5 metre compact version.

According to correspondence leaked to The Age, Labor leader Anthony Albanese has signalled another shift to a small-target opposition by urging his shadow cabinet to ensure all new policy proposals are offset with spending cuts.

PS: One area Albo and could rake it in would be reversing elements of Malcolm Turnbull’s and Scott Morrison’s tax cuts, which, since rolling out in 2017, the Parliamentary Budget Office has found will give the richest fifth of Australians an extra $189 billion by 2030-31 (vs $440 million for the lowest income earners and $50 billion for the middle class).

Albo’s Labor: a party in search of a story about what we are not — but should be

“Tanya Plibersek’s corridor encounter with Craig Kelly may have been contrived, but it was no less welcome for that. Quite the contrary. As Plibersek’s inner-city progressive visage towered, Kelly had the demeanour of a wombat pulled from its hole by scientists to have its arse microchipped.”

Memo to national cabinet: here are some alternatives to hotel quarantine

“Australia needs to increase the number of international arrivals we can house in hotel quarantine. The government should not have to choose between making an allowance for a lockdown-defying British pop star over the reported 40,000 Australians stranded overseas and migrants desperately needed for our economic recovery.”

“Nearly half of Australians have negative feelings towards people of Chinese, Sudanese and Iraqi backgrounds, a new report has found.

“The Scanlon Foundation’s 2020 survey into social cohesion found 47% of respondents had a negative view of Chinese people in July last year, up from just 10% a decade ago.”

Revealed: Queen lobbied for change in law to hide her private wealth

Himalayan glacier breaks in Uttarakhand, India, leaving up to 150 feared dead in floods

Warning for Labor: the wilderness years could come again ($) — Stephen Loosley (The Australian): “The federal ALP spent nearly a quarter of a century in the political wilderness between the fall of the Chifley government in 1949 and the election of the Whitlam government in 1972. No one in the current ranks of the ALP, of which I have been a member for nearly half a century, should think this long period of impotence in opposition is a unique experience. It can recur.”

The Australian Labor Party needs to ditch neoliberalism instead of doubling down — Liam McLoughlin (Jacobin): “In The Write Stuff: Voices of Unity on Labor’s Future, a recently published book of essays by leading Labor Right figures, [Wayne] Swan faults [Elizabeth] Humphrys for supposedly arguing that “Labor’s agenda was no different from the neoliberal agenda of Reagan and Thatcher.” But she didn’t. Rather, Humphrys shows how Australia’s path to neoliberalism was unique.”

Joe Biden’s first foreign policy speech — an expert explains what it means for the world — Michelle Bentley (The Conversation): “Delivering his first major foreign policy speech since taking office on January 20, US president Joe Biden has sent a strong signal to the rest of the world that they will see a very different America on his watch. In a wide-ranging address at the US State Department in Washington, Biden outlined his new foreign policy vision, declaring that — in what has become something of a catch-phrase — ‘America is back.’” 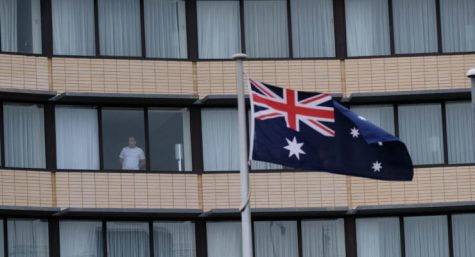 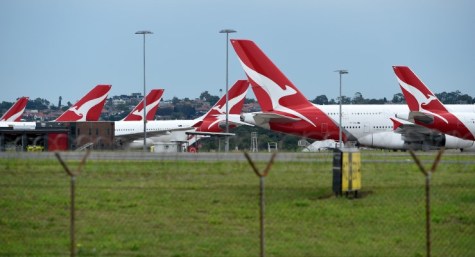 Spoiling for a flight 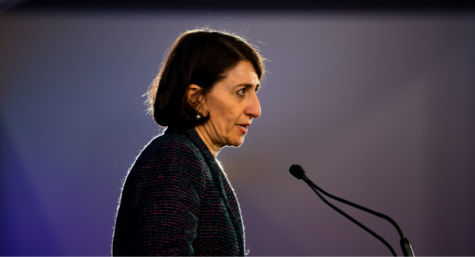 Yesterday’s Insiders “Limited News/Nein Rags Conservative Self-Satisfaction Circle” – S’pissy, Maiden and Hewitt :- so in awe of their Scotty FM’s new “really wants to” “commit to increase cuts to emissions”, that they all seemed to forget the “gas led recovery” word? Even “ABC political journo/analyst” Probyn “forgot”?

This was after S’pissy had a go at trying to cram words into Marles’ mouth re “quarantine” (when the topic was returning Australians from overseas) : when S’pissy wanted it to cover “Labor states quarantine/border closures” and his seemingly wanting Marles to mean “Morrison should be responsible for state border closures” – while “Liberal premiers/states”, need not be applied?
“Are you saying the Commonwealth should stop the states closing their borders?”?/”Are you saying the states, the Labor states, should not have closed their borders?”? “You say the C’wealth hasn’t done enough to do what? To stop the states closing borders.”?
Marles seemed to little taken aback at S’pissy’s “comprehension” skills? Any wonder.
Any wonder we get such crap from our media – at their passing on their “interpretations” of what is going on?