News Corp gets its act together — no thanks to Australian newspapers

News Corp has produced strong quarterly figures. But its Australian and UK newspapers are notably absent from the roll call of triumphs.

After seven years of confusion, missteps and billions of dollars in write-downs and accompanying losses, News Corp has finally got its act together and produced strong quarterly figures.

This is due to a combination of property, a rebound at Foxtel, the ongoing boom at The Wall Street Journal, and the first profit at the New York Post in decades.

Despite a 3% dip in revenues to US$2.41 billion (due to the sale of News America Marketing), News earned a quarterly net profit of US$261 million — more than double the US$103 million in the final quarter of 2019. Total segment earnings before interest, tax, depreciation and amortisation was US$497 million, compared to US$355 million in the prior year.

However, its Australian and UK newspapers are notably absent from this roll call of triumphs.

The Murdochs separated their empire in June 2013 to push the scandal- tainted UK papers and the weakly performing Australian business (including half of Foxtel) into a separate company with a hodge podge of other assets. The split saw all the well-performing US video businesses go into a separate company, 21st Century Fox. That was then split again and much of the business was sold to Disney. The rump was then put into a new company, Fox Corp.

In the past three years, News Corp has really struggled. Underperforming businesses like Unruly, News America Marketing and more than 100 newspapers in Australia were sold, closed or restructured. Newspapers here and in the UK were restructured and thousands of jobs were cut. Foxtel had to be bailed out in 2019 to the tune of US$900 million in shareholder loans from News and help from the 35% owner, Telstra. Hundreds of jobs were cut last year and programs and sports rights deals slashed to try and save money and boost cash.

For the time being, that has worked. Costs fell 10% in the December quarter, thanks to the impact of the job cuts and the lower sports rights — although those rights will rise from June.

The Wall Street Journal was separated from the news and information business and has turned in its best revenue and profits performance since News bought it in 2007. Dow Jones, which publishes the Journal, is now a powerhouse. News said total subscriptions to Dow Jones’ consumer products reached a record 4.03 million average subscriptions for the quarter, up 18% from the last quarter of 2019. Total subscriptions to The Wall Street Journal grew 19% compared to the prior year.

(Although for all the News Corp gloating, The New York Times knocked News sideways, ending 2020 with a record of over 7.5 million subscribers to all its products.)

Book publishing also surged with solid increases in revenue and profits. And within the key digital property segment, the US operation, Move (which owns Realtor.com) boosted revenue at a faster rate than the usual star, the 61% Australian-based REA Group. But News Corp benefited either way because REA owns 20% of Move.

The newspapers in Australia and the UK marked time as the other businesses scooted ahead. News said that closing digital subscribers at News Corp Australia’s mastheads as of December 31, were 738,300 — up from 566,600 at the end of 2019. In the UK The Times and Sunday Times closing digital subscribers as of December 31, totalled 335,000 — compared to 320,000 at the end of 2019.

Foxtel numbers showed a clear improvement but the pay TV business remains weak. Its subscriber base grew because of the success of Kayo and Binge. Revenue rose as the cheaper residential deals were allowed to lapse. That saw the churn rate leap to 17.5%.

As of December 31, Foxtel’s total paid subscribers were 3.31 million — up 12% compared to end of 2019, primarily due to the launch of Binge and the growth in Kayo subscribers. Around 2 million of that total were residential and commercial broadcast subscribers, and the remaining 1.31 million consisted of Kayo, Binge and Foxtel Now subscribers. 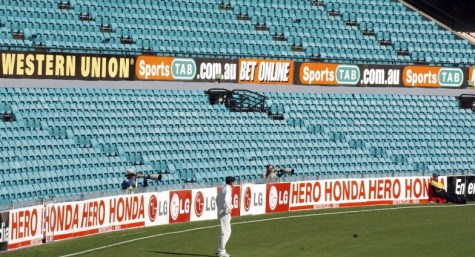 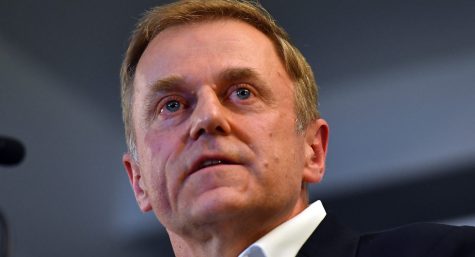 Six threats that Foxtel executives will be watching for in 2018

Good to see that is falling apart, no matter how hard they try to reshuffle deckchairs.
Move one thing here to some where else to hide it’s under performance and try to show it as a success.
Good chess playing Mudracker!

Just like Murdoch doesn’t give a F for anyone, let alone society in general, I equally don’t give a F for him or hearing about him or his pathetic family. I wish Crikey stopped mentioning them completely.