Perth and the Peel and the south-west regions in Western Australia have gone into a snap five-day lockdown after a quarantine hotel security guard tested positive for COVID-19.

The guard had also been working as a rideshare driver. The last time he worked his second job was on January 22. It’s believed he contracted the virus on January 26 or 27 while working in the Perth CBD. It’s sheer luck he didn’t contract it sooner. 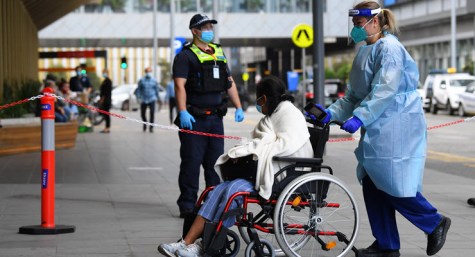 It’s likely we’ll be told later today whether he contracted the more infectious UK strain of the virus.

In response to this news, Western Australia’s Premier Mark McGowan has acknowledged the problem of secondary jobs in hotel quarantine but offered little in terms of solutions.

“Working up the protocols around second jobs for security or cleaners or those sorts of things is difficult because policing it and making sure people don’t do a second job is hard,” he said.

“But that’s the work that has been going on now for a considerable period of time. It’s not easy and all the states have struggled with this.”

That last part is certainly true. But through all these struggles, Australia seems to have learnt very little about the perils of insecure work.

A brief timeline of lessons not learnt

May 2020: a manager on duty at one of Melbourne’s quarantine hotels tested positive for COVID-19, infecting five security guards and their families. Cases skyrocketed; new cases peaked at 725 in a single day.

August 2020: a WA hotel security guard burst into a quarantined couple’s room looking for a remote. The guard had mixed up the rooms. He was put into 14-day quarantine.

November 2020: a security guard became infected in Adelaide and passed the virus to a cleaner who worked a second job at a pizza shop. This forced South Australia into lockdown.

In response to the Adelaide cluster, WA introduced mandatory COVID testing of security and cleaning staff. There were no plans to prevent hotel quarantine staff from working second jobs. 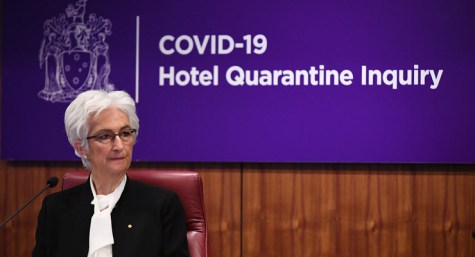 December 2020: WA hotel security staff were given extra powers after a returned overseas traveller waltzed out of quarantine in Perth’s CBD.

January 2021: the JobKeeper payment rate was reduced by $200 a fortnight. Despite all the problems highlighted with insecure work, more Australians have moved into casual positions in 2021.

In SA, nearly 100 security guards working at medi-hotels were stood down or sacked over alleged breaches — such as sleeping on the job.

WA’s hotel quarantine is managed by the non-health operations cell of the State Health Incident Coordination Centre. Private company Serco provided security services across hotels in Perth in March and April, but said it has not been contracted since then.

We don’t know how much the infectious security guard is paid, or what type of employment contract he has. WA’s Department of Health and the relevant unions didn’t respond to Crikey’s request for comment by deadline.

Andrew Miller, the WA president of the Australian Medical Association, slammed the decision back in November to not force security guards to work just one job.

“Our government needs to seriously look into itself and say, ‘Why are we not mandating that people who work in hotel quarantine can’t work anywhere else and provide them with some financial support to stay in that one job?’ ” he said.

He was equally frustrated this morning. “We want professional quarantine facilities, not something that’s been shoehorned into a Sheraton,” he told Today.

“We should have transitioned by now, using Commonwealth funds and state manpower to get the thing actually set up as a proper quarantine facility.” 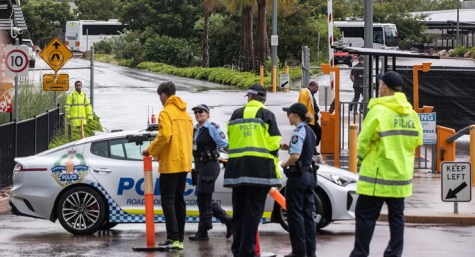 It’s not as if the WA government didn’t have warning that this could happen – they had the Victorian inquiry report and all of the experience of Adelaide.

And the WA Government had previously publicly reported 3 instances of quarantine hotel staff becoming infected – any of whom could have sparked a Melbourne-style outbreak.

But curiously, they didn’t see it necessary to impose a lockdown for any of the previous 3 cases, and still hadn’t implemented daily testing of quarantine hotel staff.

Someone needs their backside kicked!

I agree, Amber, that insecure work is an underlying problem here, but it does have an other major aspect – people who are concerned for their finances, health and accommodation are less likely to have the time and energy to read, listen to, or to watch informative material which might lead to them understanding that the shennaneghans of politicians, commercial interests and religious bodies are the root cause of their daily difficulties.
It serves the ‘powers-that-be’ magnificently.

Mark McGowan will suffer because of this major error happening just before the election !!!

The Premier is a populist doosh bag. It’s impossible to dislodge him because he’s in bed with Stokes. The Worst Australian will not print a bad word about him.

I thought Victoria had at least partially addressed the second jobs issue for people working at quarantine hotels.

Yes the States should have learned from each other – but there is also the gaping hole left by the non-performing federal government that is supposed to be responsible for quarantine – and which also has most influence on the industrial realtions system covering employment.

However we should not expect reality to trump ideology in the way the current federal government approaches the world.

Amber, what about the role of union membership for casualised work? I’ve yet to read anything positive about unions in the media. And as mentioned, how “politicised” is the workforce to realise benefits of working together to improve wages/conditions? But, hey, this is a worldwide phenomenon – welcome to the
gig economy.