According to CNN, Joe Biden will today sign a presidential memorandum to “reverse restrictions on abortion access domestically and abroad imposed and expanded by the Trump administration” — specifically he will be rescinding a ban on government funding for foreign nonprofits that perform or promote abortions, aka the “Mexico City Policy”.

Democrats also reintroduced legislation to bring America’s hourly minimum wage from a miserly US$7.25 to $15 — incrementally, mind you, with a final date of 2025, after which the wage would be tied with indexation (or, y’know, Republicans take the White House and nix it entirely) — while Biden will tomorrow sign orders expanding refugee intakes from Trump’s historically-low figures and establish a taskforce to reunite migrant families separated under the Trump administration, a policy NBC notes he pledged to sign on day one of this presidency.

On the other side of the aisle, Republicans have mostly gone silent after CNN revealed QAnon conspiracy theorist and new House Representative Marjorie Taylor Greene repeatedly indicated support over Facebook for executing prominent Democrats in 2018 and 2019, and, separately, filmed herself confronting Parkland shooting survivor David Hogg. The publication’s fact check finds the far-right conspiracy theorist has put out at least 11 false claims this months over the Capitol Hill siege, election results, Trump’s Twitter ban, and more.

According to The Age, the first group of tennis players to finish hotel quarantine have left their accommodation overnight — it’s a process expected to last until Sunday, which means some players will actually exceed their 14 days of quarantine.

The news comes as Australia extends its travel-bubble suspension with New Zealand for another three days as the number of cases who had quarantined at the Pullman Hotel in Auckland grows to three, while ABC reports hotel quarantine will also be extended amid fears 12 arrivals had been staying at the Pullman at the same time as new cases.

In vaccine news, the BBC explains that German officials have announced AstraZeneca’s drug should only be given to people aged under 65, citing “insufficient data” over its efficacy for older people, while The Australian ($) notes that a representative for Pfizer, in the face of a possible export ban from the EU, has told the Senate COVID-19 inquiry the company may switch manufacturing to the US.

Curiously, CSL declined to appear at the hearing because, according to The Guardian, it said it was too busy making 50 million AstraZeneca vaccines to explain its role in the supply deal.

PS: On the economic front, The Australian ($) also reports that Australian Prudential Regulation Authority data due to be released today shows households and small businesses are now paying back more than 80% of the almost $250 billion in loans deferred at the height of the pandemic.

Finally, Anthony Albanese has hit back at suggestions that his plan to swap energy and health spokespeople Mark Butler and Chris Bowen, respectively, signals a retreat on climate policy, with The Sydney Morning Herald reporting the move is allegedly designed to symbolically shift attention to jobs creation. Albanese’s comments come after he unveiled the new shadow cabinet, with deputy Richard Marles the apparent winner with a COVID-19 super-portfolio that includes national reconstruction, employment skills, small business and science.

They also come after Energy Minister Angus Taylor all but confirmed his plans to build a gas-fired power plant in the Hunter Valley ($), because why would the Morrison government not throw more taxpayer funding at fossil fuels when its already on track to miss global Paris commitments?

But because investors aren’t entirely wedded to coal and gas at a point the earth exceeds 1.1 degrees of global warming, RenewEconomy reports that network distribution company CitiPower and not-for-profit Yarra Energy Foundation are planning to roll out community-scale batteries that act as “solar sponges” in areas of high rooftop PV across Melbourne.

PS: In a telling moment for Taylor’s plan, new US climate envoy John Kerry has rejected building out gas infrastructure in part because it runs the risk of creating stranded assets in a low-carbon economy.

These types of entities, such as GameStop, have created a really difficult situation for these people. They think they’re missing out if they don’t make a bet on them. They don’t really understand what they’re doing. I think small-time investors like that, unsophisticated investors, are going to be hurt.

The marketplace should be a place where risk is taken, but not reckless risk and not a situation that undermines the system, and that’s what we’re looking at here … It makes absolutely no sense. It has no basis in reality. That is not what you want in a capital market.

After GameStop stocks surge thanks to Reddit nerds out to get rich quick and/or destroy billion-dollar hedge funds, the Massachusetts Secretary of the Commonwealth begs regulators to step in and stop the stock market being manipulated for greedy, stupid or vengeful reasons, something that has never, ever happened and is not, arguably, the exact point of the stock market.

“Labor’s inability to resolve internal tensions over climate policy looks starker than ever in light of the Climate Target Panel’s report on just how badly adrift Australia is of meeting its Paris Agreement commitments.

“The report cuts through the persistent and routine lying of Scott Morrison and his ministers that Australia is on track for anything other than a trivial reduction in its overall emissions (primarily driven by renewable energy investment the government has tried its best to deter).”

“How much is too much when it comes to the profits of one company and one man — particularly when dealing with a state-owned resource that can be exploited only once?

“Andrew ‘Twiggy’ Forrest delivered the 2021 Boyer lecture last week and couldn’t help but drop that his beloved Fortescue Metals had made more than US$940 million in after-tax profit in December alone. Imagine measuring that in Aussie dollars before tax. We’re talking about $1.5 billion in a single month, some $50 million a day.”

“The most popular new year’s resolution, every year, is to eat healthier. The second, in most years, is to work out more. The third targets our financial goals, and what we might do about them.

“But if you have listed eating healthier in your plan you might want to do a touch more research. Food labelling in Australia, despite increasing regulation and a bigger media focus, remains opaque, contradictory and bamboozling.”

‘We do not need to wait for a Christchurch’: Grampians cross burning spurs call for action

Major test for government on its commitment to halt species extinction

Kremlin critic Alexey Navalny to remain in detention ahead of hearing next month, Russian court rules

China toughens its stance on Taiwan, declaring any attempt at independence will lead to war

We must stem toxic tide of extremism — Greg Barton (The Sydney Morning Herald): “Australia, we have a problem. There is something pathetic about men hiding behind balaclavas and play-acting at being neo-Nazis in a popular national park. Chants of ‘⁣Ku Klux Klan’⁣ and ‘Heil Hitler’⁣ smack of sad, delusional behaviour. But these white supremacists were not play-acting, and being pathetic doesn’t mean that they don’t represent a threat.”

No dramas: PM knows a hankering for stability will suit him ($) — Phillip Coorey (AFR): “There’s a certain irony in the observation that Scott Morrison’s 2019 election victory was due, in some part, to a yearning among voters for stability. After coming to power in 2013, the Liberal Party soon picked up where Labor left off and knifed two prime ministers of its own in the space of three years.” 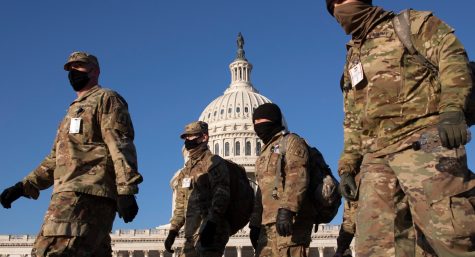 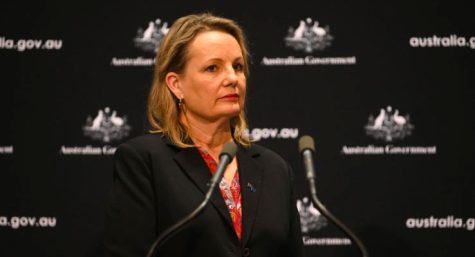 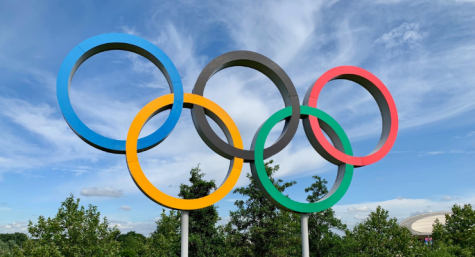