In public health, politics and the economy, Australia did well… but could have done better

While we fared better than a lot of other countries, our COVID-19 response was by no means perfect.

Measuring a country’s COVID-19 success takes more than just looking at spread, cases and deaths. Or at least, that’s the argument made by a major report analysing 16 countries’ pandemic response.

Public health responses aren’t the start and end to pandemic management. There are politics and policy and how well a government functions, as well as economic management.

And according to the study, led by a team based at Harvard, Cornell and Arizona State universities involving more than 60 researchers from around the world, while it’s too early to say definitively which country comes out on top, there have been shortfalls in Australia’s response.

We didn’t have things under control as quickly as countries like Taiwan — but we also didn’t let things slip into chaos like in the US.

While our governments were cohesive and unified, developing COVID-19 response strategies took time — and haven’t always benefited everyone.

Our public health response was good, but secretive

Our healthcare system was never overwhelmed, but the pandemic highlighted inequalities in our population, with informal workers, migrant communities and poorer households overrepresented in COVID-19 cases and deaths. 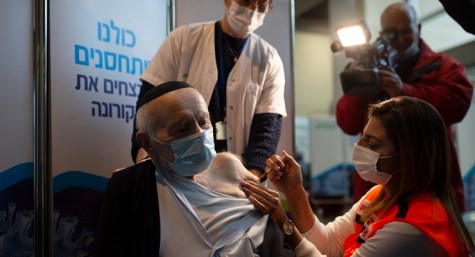 Overall, the work of the Australian Health Protection Principal Committee hasn’t been controversial. Arguments centred around pre-existing issues, from aged care management to elitism, with questions early on about the privileged being able to skip hotel quarantine while public housing tenants in Victoria were pushed into lockdown.

The report also alludes to Australia’s secrecy — differences in expert opinions were kept under wraps. The report found independent science advice is less institutionalised by comparison with many Western countries.

What the report misses, however, is concerns around the national cabinet’s level of secrecy.

While the US had dissent among public health experts out in the open, Australia did not. There were discrepancies around the COVID-19 modelling and how it should be interpreted, but largely officials appeared unified.

This is hailed as a success in the report — though cracks are showing.

Unity can only last so long

Australia was swift to unify its response. Politicians kept their criticism under wraps, and for the first time since World War II, the national cabinet was formed.

But it wasn’t to last. The federal government clashed with Victoria over the state’s strict rules during its second wave; the federally regulated aged care sector came under criticism by the states; and both the federal and NSW governments clashed with other states over internal border closures.

We’re not the rebellious larrikins we thought we were

As it turns out, Australians are sticklers for the rules. We wore our masks and protests against restrictions were small. Policies were tailored for a population that is self-interested and will comply with directions, but which expected the government to cater to its prejudices — one example of this is increasing welfare payments for the never-before-unemployed.

While Australians were more public-spirited than conservative politicians gave them credit for, racial abuse did increase. But overall, Australians and civil society groups acted in solidarity — migrant justice groups and Indigenous health initiatives lead the containment response in many communities.

Australia has not escaped economically unscathed from the virus — and many sectors have been hit much worse than others. Higher education, hospitality and tourism are struggling, with higher education not receiving JobKeeper.

There’s been a rise in unemployment. The pandemic highlighted issues with precarious employment, yet little has been done to address it, with more Australians moving into casual positions.

Economic policies were driven by the National COVID-19 Coordination Committee, which mostly consists of business leaders close to the Coalition. While casual employees didn’t get a lot of help, the gas industry did, with the sector likely to be deregulated.

JobKeeper, which is being rolled back, resulted in companies paying themselves and did little to help those on temporary visas. 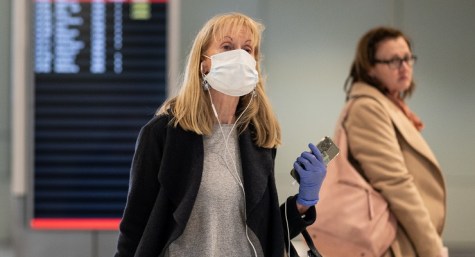 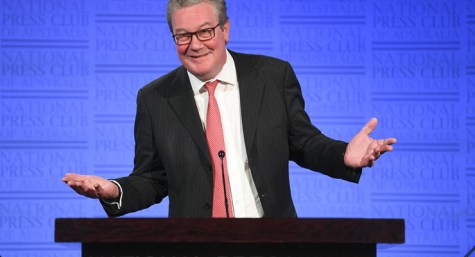 Thank heaven Scotty FM isn’t a hands-on PM – except when it comes to photo-op credits when things go well.

That he farmed out responsibility to the states – in case something blew up in his face.
“Footy crowding”;
“The Ruby (Slippered) Princess”;
the vilification (from Scotty and Josh up) of Labor premiers that shut their borders or went into lock-down, that weren’t into his “herd immunity through survival of the fittest”, who didn’t put their economies ahead of the health of their people …..

For me the lessons boil down to: a plurality of political views among the political decision makers who are willing to suspend their usual animosities; having a strong scientific and technical community and respecting its advice; and a community that puts more value on common decency and the greater good than its own individual interests.

On the first, the PM’s finest hour was creating national cabinet and staying with the model. That created a ‘mama bear’ sized decision group with 7 or 8 different voices but small enough to be efficient. Unfortunately, once they got out of the cabinet zoom room Morrison and Frydenberg fell off the peace-wagon and kept sledging Andrews over schools and hotels and then the premiers (Labor only) on borders. A lot has been made of Ardern’s personal performance in New Zealand’s COVID success but I suspect much more credit should be given to NZ’s 1990s MMP reforms to its electoral system which broke the two party adversarial stranglehold on power so that government has become a wider negotiation.

Your observation about Australians sticking to the rules is very important – but let’s be careful how we remember it. In mid 2020 the ‘Sky after dark’ crew and others were screaming their own interpretation, that Australians had degenerated into cowed and submissive lackeys. That was puerile then and the recent events at the US Capitol have shown it to be even dumber now. That’s where the ‘pioneering spirit’ of libertarian individualism ends up taking you. Putting your own interests aside briefly for the greater good, and ultimately your own good, is proof of emotional and intellectual guts, not weakness.