Those who promote and profit from fossil fuels have appropriated the phoney awards handed out by the obscure Australia Day Foundation.

There’s no faulting the Australia Day awards for throwing up some real doozies but lost in the Margaret Court drama this year has been a so-called lifetime achievement award for Rupert Murdoch from the Australia Day Foundation.

On the face of it it looks to be an extraordinary decision: a prestigious honour bestowed on the media mogul whose recent hits in the United States include helping fan an insurrection against democracy via Fox News and in Australia leading the way on climate change denialism in cahoots with the Morrison government it supports.

The Australia Day Foundation, though, is not as it seems. It is a not-for-profit organisation in the UK, set up as a networking base for Australian business and high achievers. Losers need not apply.

The foundation and its awards are backed by a group of international conglomerates including mining giants BHP, Rio Tinto, Woodside and Anglo-American. Australia’s big banks, the National Australia Bank and Westpac, are also in on the act. Another leading name is CQS, the wealthy London hedge fund founded by Australian business figure Sir Michael Hintze. 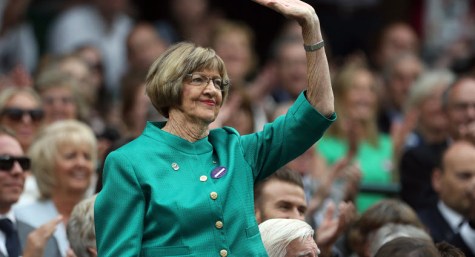 Hintze is not well known in Australia, but he is at the centre of a powerful network of business and conservative UK and Australian politicians. As we reported last year he has been a force behind the climate-sceptic Global Warming Policy Foundation which has given voice to the views of Tony Abbott and Cardinal George Pell.

Nominally a business outfit, the foundation also blurs the lines with government. It is sponsored by Austrade and uses Australia House, home to the Australian High Commission, in London to hand out its “Australia Day” awards to UK and Australian figures of its choosing.

This year it gave its honorary Australian of the Year in the UK award to Conservative British MP Liz Truss who promoted the cause of Abbott as a trade adviser to the UK government. Past recipients have included Prime Minister Boris Johnson.

Crikey has put a series of questions to the Department of Foreign Affairs and Trade questioning Austrade’s support for the foundation, the use of Australia House as a venue, and the apparent appropriation of the Australia Day name by sectional interests. DFAT referred questions to Austrade which has not responded.

The lifetime achievement award might not be an official Australia Day honour but that hasn’t stopped Murdoch from accepting it as though it is and using it as a platform to blast social media and what he decries as its “woke” cancel culture — quite a step from the media owner who has made a fortune from a business model which relies on the unfettered broadcast of extremist opinion and truth-destroying misinformation.

Murdoch received a platform for his views via The Australian Financial Review which failed to provide any background on the foundation.

Although being savaged by Murdoch it is, in fact, social media which has revealed the masquerade of the Australia Day Foundation and its phoney awards.

The unpicking of the marketing myth began three days ago when activist group Sleeping Giants revealed the list of fossil fuel, mining and banking interests which back the award. Yesterday one of Twitter’s most prolific story-breakers, Ronni Salt, detailed a network of foundation connections including a one-time PR manager for Prime Minister Scott Morrison during his time at Tourism Australia.

The story of fossil fuel interests appropriating Australia’s national awards with the help of taxpayer-funded agencies, it appears, has so far been missed by Australia’s major media players. 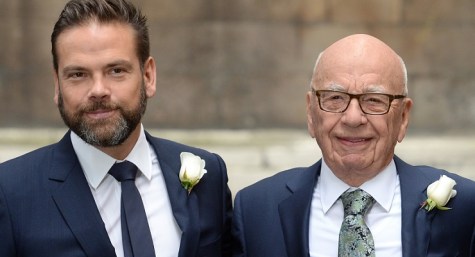 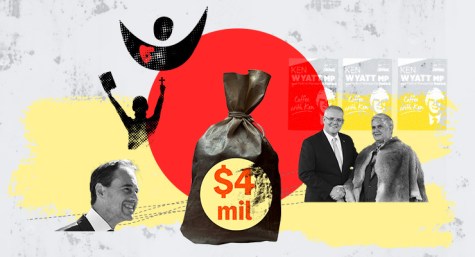 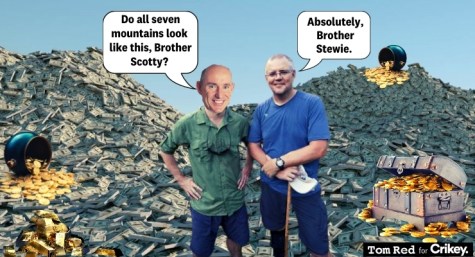 The Australia Day Foundation sounds like a set up for a bunch of scoundrels. Awards they give are contemptuous of anything that is noble and gratuitously given by the true heroes of society

Perhaps 26th Jan should stay as our National Day but with the focus on the Rum Rebellion that occurred on 26.01.1808. Because so many politicians behave like members of the Rum Corp a change of focus may educate and enlighten many Australians as to the risks we all face when greed and inappropriate-enrichment are the political currency of the day.

So the ADF is a conservative joke* foundation?

I’ve never been awarded. Now I know why.

Yeah at Muckraker getting a award. He is a U.S resident and like Margaret Court only caused division in the community.
Must have been on the booze all rhe ones who select the nominees.
Is definetly not set up for average Aussie who goes out of there way in assistibg community,