The build-to-rent model may not be the panacea that the private sector and state governments seem to think it is.

State governments are moving to reform their respective tax regimes to encourage the build-to-rent market in Australia. In lending their support, the states are priming a new asset class to sustain the real estate and institutional investment sectors under the guise of providing greater housing choice.

Build-to-rent refers to a residential development designed and financed solely for renters, with an institutional investment group, such as a super fund or the developer itself via a Real Estate Investment Trust (REIT), maintaining ownership of the development and managing the tenancies within.

The Queensland government offers surcharge land tax concessions for build-to-rent projects and is currently piloting a build-to-rent program it announced in 2018, while the ACT has just commissioned a feasibility study on how to grow the build-to-rent market.

However, build-to-rent is not the panacea to housing affordability that the private sector and state governments are propounding.

With house prices becoming increasingly unaffordable, more of us are renting and renting for longer. Homeownership levels in Australia have been in decline for three decades. In the 1990s one in five Australians rented; it is now more than one in four and rising.

Of those that rent, one in three are deemed “long term renters”, renting for 10 years or more. Renting itself is also becoming unaffordable, with more and more Australians unable to afford the private rental market. As the nation remains in a severe social housing deficit, those experiencing rental stress have few alternatives.

Our housing policies are, by design, relegating more and more people into lifelong renting, made worse by tenancy laws that were intended for the short term, not the long. As a result, tenants face an indefinite outlook of insecure tenure, often poor-quality living options, long term economic uncertainty and the disproportionate financial burden of frequent displacement.

But we are not in the midst of an affordable housing crisis for a lack of rental supply.

Without remedying the deliberate state and federal fiscal and regulatory policy choices that have led to unaffordable housing in Australia, build-to-rent is one more specious assurance that a “fair go” remains on the table.

With liberalised lending restrictions, negative gearing, capital gains tax concessions, inaction on property tax reforms, and often fickle urban planning policies, the state and federal housing framework created and continues to protect an inflated housing market that privileges the concentration of housing ownership in the hands of a few at the expense of providing accessible housing for many.

Counterproductive schemes such as first homeowner grants, stamp duty concessions and the misappropriation of superannuation savings stoke inflated markets, yet remain politically useful to distract from the neoliberal project: to keep house prices rising, at least for as long as owner-occupiers and “mum and dad investors” electorally outnumber renters.

Build-to-rent does have the potential to be a positive force in the Australian housing market. When rental housing is developed as a long-term asset, institutional investors have an interest in delivering durable, low maintenance and energy efficient dwellings.

It is a model that was seeded by the social housing sector and is well suited to providing needs-based housing for the growing numbers of Australians either priced out of the private rental market or experiencing rental stress.

Professional rental management may also relieve tenants from the cottage industry of “mum and dad investor” landlords which often leads to poorly maintained and unhealthy rental housing — although this is not guaranteed.

However, in order to be the equitable housing alternative that build-to-rent is purported to be, state and federal governments need to set social housing targets and support subsidised tenancies within build-to-rent projects.

Of course, governments could also capitalise on record low interest rates and a once-in-a-generation stimulus imperative to address the crisis directly and build more public housing. But in isolation, a public housing boom is no panacea either.

Fundamental reforms to social security, tenant protections and the manner that we privilege homeownership in our tax and pension systems is required.

Without these coordinated reforms, build-to-rent merely delivers more profit-motivated private market rentals that have a negligible effect on the affordability of either renting or purchasing a home. In fact, in the more established build-to-rent market in the UK, one study found that the rents in such developments were an average of 11% higher than the local market. Enhancing the market power and lobbying influence of the private sector seldom serves the public interest.

In the context of stagnant wage growth, low pension rates and inadequate levels of social security, our governments have designed the modern Australian economy to be dependent on asset-based welfare.

Yet, by subsidising the accumulation of property ownership in the hands of a consolidated few, our housing policy is perversely forging a departure from homeownership for most. Over the past 50 years, asset-based policies have successfully absolved the federal government of their social security responsibilities, built private wealth and secured retirement incomes for older generations at the economic expense of all those that come afterwards.

Successive governments have shaped homeownership as the primary vehicle of wealth creation and, in doing so, created the driving force for social inequality that is disproportionally absorbing household incomes, overleveraging household debt, entrenching disadvantage and obfuscating our political discourse.

High rates of homeownership need not be the perceived goal, but in order to equitably support generations of renters, renting must be as secure as owning. In Germany homeownership levels sit at around 40%, but Germans enjoy capped rent increases and indefinite tenure. By comparison, some states in Australia permit minimum tenancies of six months and we are one of the few OECD countries that allow landlords to evict tenants with no grounds from as little as four weeks’ notice.

In order to equitably support the build-to-rent market in Australia, our tenancy laws need to be strengthened to extend the minimum length of tenure, regulate rental increases, protect against no-fault evictions, ensure secure tenure in the case of a change of institutional ownership. and enforce minimum standards of maintenance and energy efficiency.

But most importantly, the federal government needs to strengthen our social security system in anticipation of a growing group of the population who will reach retirement without secure housing and without one of the three key pillars of income described by the Retirement Income Review — property. The build-to-rent model, if accompanied with the commensurate tenancy, social security and fiscal reforms, can support long term renting, rather than penalise it.

Laura Phillips is a writer, lawyer, podcast host and advocate for sustainable, equitable cities. She once worked for Mirvac, one of Australia’s first-movers and leaders in the build-to-rent market.

A tiny shack for $300 a week? The real crisis in housing 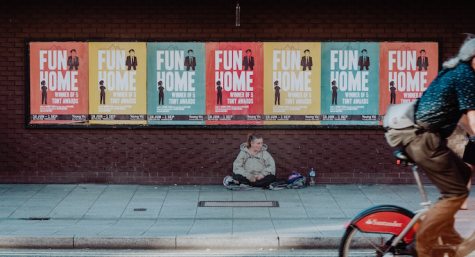 This is Australia, and anyone in power knows that there are two types of people, homeowners and trash. Too strong? Remember the last Federal election and the franking credits horror? The German model will never be allowed to take off. To our real estate barons, our press, our conservative think-tanks, our investment home owners, and our current government, the idea of capped rents, indefinite tenure, and protection from arbitrary evictions is little more than communism.

By introducing a commercial build-to-rent sector, governments now have another lever to increase housing affordability. An adept politician would promise to push both levers at once, so that house owners can believe that their resale value will endlessly increase, at the same time that renters believe that their rent will endlessly decrease. Out of sight, an equilibrium can be reached without popping the bubble.

Interesting analysis but one can think of several qualifiers that impact the ‘market’ perceptions and analysis of the market.

Build to rent emerged along with another dynamic not cited, increasing numbers of non Australians being temporary residents e.g. students, caught up in the NOM, described as ‘immigrants’; we see the impact on the apartment market today*.

A recenbt positive has been the Voctorian government’s announcement to invest significantly in public housing, breaking away from the RE sectors vice like embrace, and a return to former Lib Premier Dick Hamer’s policies.

*While ‘population growth’ due to ‘immigration’ is accepted as truth and suggests future price growth, the mother lod eof demographic change will happen in the permanent population bu mid decade i.e. the start of the big downsize and ‘die off’ of baby boomers.

Brilliant article, Laura, drawing different threads together to focus a spotlight on one of Australia’s dirty little secrets.

Good article. The housing market is very complex, but largely all govt and RBA policy is geared to ensuring increased house prices. We are now in a very hard place.

All of the government policies would best be described as middle and upper class welfare. Again, Yes Minister covered this so well. I can’t believe how well that series satirised govt policy making, and in fact showed how it would be supercharged.