What can Joe Biden salvage from Trump's economy... and what does he need to change?

What would I do if I were Joe Biden, put in charge of the American economy? It’s tempting to just say “take Donald Trump’s America, burn it down and start again”.

But Trump seems to be burning it down himself. The 45th president ends his term amid plague, riots and unemployment double what it was a year earlier.

Nevertheless, there are things to salvage from Trump’s America. One is a labour market that was, in 2019, very strong indeed.

Hope was Obama’s slogan, not Joe Biden’s. But don’t tell me Americans voting for Biden weren’t hoping for a bit of the old Obama magic.

Obama began America’s great run of economic growth, which extended from the global financial crisis to the pandemic. To the credit of Trump, he didn’t ruin it straight away. Growth kept going and going under his presidency.

That lifted all boats. The unemployment rate for African-American women, for example, fell to just 4% in 2019. Those levels have never been seen as long as the statistics were kept. This achievement is a triumph Biden must aim to repeat and even improve on.

At the end, wages were growing for almost all Americans who were in work. An admirable scenario. But despite seemingly rock-bottom unemployment, America has an enormous reserve of potential labour that remains untapped.

As the next chart shows, millions are estranged from the world of work. Both male and female participation rates could be higher, but the change in the male rate is alarming. From a high of 88% in 1949, male work has fallen endlessly. One in three American men is neither in work nor looking for work. The situation is bad enough that the pandemic shows up barely as a blip.

When I look at this chart I can’t help thinking about the mob — mostly male — who stormed the US Capitol and wondering how many of them might, in another scenario, have been at work. It happened on a Wednesday after all.

Male labour force estrangement is both a cause of and caused by the opiates crisis that has afflicted America over the last decade. Men are slipping off into addiction.

Can Biden create an economy that creates enough opportunity to tempt men back to work? I’m hopeful he can. The first step is stimulus spending to prevent the recession from doing more damage.

One thing we have learned in this recession is the incredible capacity of the state to affect the economy in the short term. Keynes was right, fiscal policy is extremely powerful. You can have a recession with record incomes and even record spending if the government comes to the party.

To my eye, the best example of this is Western Australia, which kept the virus at bay and gorged itself on the national policies put in place. JobKeeper was a vital lifeline in Melborune, but in Perth by the second half of 2020 it was a cherry on top. As a result, incomes and spending are both through the roof.

The US is never going to spend at quite the levels of the Australian government. Their debt levels are too high to start with and their parliament is stuffed with “fiscal hawks”.

But Biden is making all the right noises. Cheques for $1400 will make their way to many Americans. (These will be literal cheques in many cases, another thing Biden could do is modernise America’s quaint payments system).

Whether spent, saved, or invested, these will make a big difference to the level of activity in the US economy. Just ask anyone in Perth.

People seem able, most usually, to remember only the last crisis. It’s the function of the bureaucracy to have a longer memory. So we need American government to work hard not only on preventing pandemics but also financial crises.

The whole world depends on the US government to do its best to avoid a large financial crisis. The last such crisis, in 2008, took much of the world’s economy down with it.

The administration of Donald Trump did a great deal to unpick financial regulation and permit large financial firms to run amok.

Examples include the repeal of a new law which required all financial advisers to work in the best interests of their clients, or the nullification of a new rule permitting class actions to proceed against banks and credit card companies.

Biden’s challenge is to restore the regulation that keeps the world safe from a big financial meltdown without at the same time putting the brakes on growth. And in Treasury Secretary Janet Yellen, he has someone who can find her way through that maze.

Yellen publicly objected to changes made on Trump’s watch, like the US Financial Stability Oversight Council reducing oversight of big insurers. Insurers went belly-up in the global financial crisis. Keeping an eye on the big ones makes a lot of sense if you want to avoid another big crash.

Biden’s job is to stir up economic activity with stimulus, but then channel that exuberance in safe directions with regulation.

If he achieves what he set out to, he can create the sort of calm and satisfied America that will ensure most voters have no interest in another president who promises to flip everything on its head. 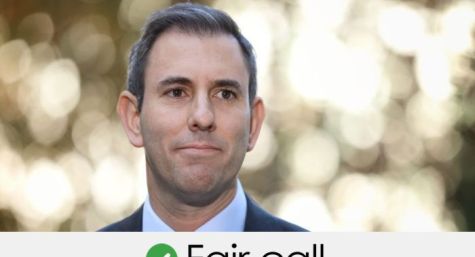 Is economic growth the lowest it’s been since the global financial crisis?

Why Swan was right on stimulus

Even within the Democrats who combined to elect Biden there will be a push on several fronts like for more regulation of the financial system, environment, health care, increased minimum wage etc. Biden’s team will have to balance these expectations on the various factions of the winning side, much less try to persuade at least a few Republicans to support them.

What is point of this cave dweller’s interpretations of the shadows cast upon the wall when the sun favours phantasms?