This Australian has spent seven years in a foreign jail without trial. Why?

Troy Russell Birthisel is innocent until proven otherwise. But when will he get the chance to prove his innocence in a Philippine court?

A Queensland father has sat in an over-populated foreign jail for more than seven years without his case coming to trial. And you probably haven’t even heard his name.

Troy Russell Birthisel was detained at an airport in the Philippines in 2013 and arrested on suspicion of human trafficking from the Philippines to Singapore. Those charges were later dropped and replaced with an accusation of illegal recruitment.

Birthisel claims he is innocent, and he has not wavered from his story that he was accompanying his girlfriend to Singapore for a job interview when several of her friends decided to go for an adventure. 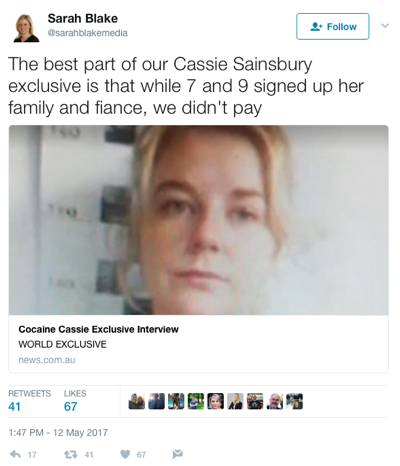 “If he’s guilty, hang the bastard,’’ his brother Todd Birthisel told Crikey. “But if he’s innocent, why not give him a fair trial so he can get out and be with his family?’’

It’s a good question. And so is the question of why the Australian government isn’t doing more to ensure a trial goes ahead inside a decade.

“I won’t say what I think of the Australian government,’’ Todd Birthisel said. “We’ll let nature run its course — that’s what they tell me over and over again. I’ve got email after email asking why it’s taken so long. It’s over seven years — there’s nothing speedy about that.’’

Contrast the case of Birthisel from Boyne Island, south of Gladstone, with that of another Queenslander — Schapelle Corby, who had a seven-month wait between her arrest and her conviction on charges of smuggling marijuana into Indonesia.

Corby’s case was subject to constant review, diplomatic talks and media debate. Supporters’ groups were set up, holidaying Australians visited her in jail, and fund-raising campaigns aimed to prove her innocence.

And remember cocaine trafficker Cassie Sainsbury, who was arrested in Colombia in 2017? She was arrested, convicted, served her time, and has been freed while Birthisel remains in an overcrowded cell in Lapu-Lapu jail in Cebu.

Is this partly a result of a fickle media, keen to rally behind or showcase young women caught up a foreign justice system? Perhaps a middle-aged father of five doesn’t quite cut the media mustard?

Birthisel’s family says he suffers from asthma and is terrified of contracting coronavirus. With few friends and his family unable to visit, he relies on contact from a small Australian-based Facebook support group and consular officials.

Federal member for the seat of Flynn in Queensland Ken O’Dowd says although he understands the family’s frustration and distress, consular officials were providing assistance and checking on his welfare.

“Unfortunately legal processes in the Philippines can be very lengthy and involve delays,’’ he said.

So, it seems, does getting a response from the Department of Foreign Affairs and Trade which hasn’t responded to Crikey’s questions despite four requests and a call to Foreign Minister Marise Payne’s office.

O’Dowd says the government is unable to intervene in the legal processes of another country — just as Australia would not tolerate another country seeking to do that here.

Of course it can’t, O’Dowd. But it can make its dissatisfaction known at a consular level, raise awareness of the case, and even perhaps ensure Birthisel’s family is kept up-to-date.

Birthisel is an Australian. He’s innocent until proven otherwise. And the idea that any Australian would sit in a jail awaiting trial for seven years is preposterous.

“I’m stunned by the Australian government,’’ Todd Birthisel said. “What’s the risk for any other Australian going overseas? I don’t want to step outside Australia after this.’’

He has read every word said in court, and every transcript. He believes his brother is a tiny, insignificant pawn in a big international system. But what if next time it’s someone else’s brother or father? What if they were forced to sit through seven Christmases without putting their case to a court?

He’s willing to bet all he has that his brother is innocent. But even if he’s not, doesn’t he deserve his government — the Australian government — to help him have his day in court?

Should the Australian government be doing more to assist Troy Birthisel? Let us know your thoughts by writing to [email protected]. Please include your full name to be considered for publication in Crikey’s Your Say column.

More than 60,000 Australians are touched by state control

Maybe he should change his name to Tory.

If he were an American ,the situation would change.

A government that choses to lock up small girls with huge publicity is not going to worry about this guy.Australian elected this mob of self-serving dodgy creeps.Get rid of them and lots of people would have a fighting chance

Two small girls who were born in Australia

This is outrageous. His country has let him down. America would NEVER stand for such treatment of a citizen.

Australian Government is weak and insipid, it flies idiots like Cormann around in a jet paid for by taxpayers and cannot bring Australians home from Overseas. If it is newsworth aka Corby and cocaine Cassy it becomes a issue, but here we have this guy languishing in a jail in Philippines.
As his brother said, ” try him and see where it ends up” and this gutless dirty, corrupt Government in AUSTRALIA will not pusue it!
As i said earlier, had it been toady Christensen, then they would be all over it like flies on shyt.

A weak response from our tough talking (China and Wuhan) Prime Minister and Foreign Minister. No headline opportunity here so no action ?

As far as Morrison on China. I do not believe a word he says on China (not unusual for me) as he has a CCP member in Gladys Liu.
No good he saying she is no longer aligned, she has handed out brochures for CCP at Universities.