Donald Trump may have lit the match that sparked the violence in Washington DC, but Murdoch planted the explosives, writes Kevin Rudd.

Donald Trump may have lit the match that caused his country’s turmoil, but it was Rupert Murdoch who crammed the joint full of explosives.

His systematic manipulation and radicalisation of the American right-wing polity at large, and the Republican Party in particular, should ring alarm bells throughout our nation, including in the office of the prime minister.

Over the past 25 years, Murdoch has used his Fox News network to unite American conservatives under his banner and shift them from the centre right to the far right with an intoxicating diet of grievance-driven, race-fuelled identity politics.

By the time Trump announced his presidential campaign, these voters had been indoctrinated into a universe of “fake news”, “alternative facts” and elaborate conspiracy theories. The operational definition of fake news, in the eyes of the Trump presidency, became anything other than Fox News.

After some initial disagreements, Murdoch backed Trump all the way to the White House. And they kept in lockstep throughout the Trump presidency.

Trump would often repeat publicly the talking points he’d picked up from Fox. Newt Gingrich, the former Republican speaker, recommended booking interviews on Trump’s favourite shows as among the most effective ways of communicating directly with the Oval Office. And nothing delighted Murdoch’s swaggering ego, hard-right ideology and business tax interests more.

Fox covered up for Trump’s mistakes, trying desperately to keep track with his shifting claims about the mildness or severity of the coronavirus.

When Fox’s news reporters found nothing newsworthy in documents relating to Joe Biden’s son Hunter, Murdoch’s New York Post (under the watchful eye of his leading Australian henchman Col Allan) swooped in by pressuring junior reporters to put their names to its dubious front page story.

It is now beyond time for Scott Morrison to stand up and denounce QAnon before it can fully take root here in Australia. Even if it strains the prime minister’s personal friendships with members of the far right, he should send the sort of crystal-clear signal that Trump proved himself unable to before it was too late.

Fox News was also buoyed by its reputation as the president’s favourite network. In 2020, six of the seven top American cable programs were on Fox News.

Murdoch’s gamble also paid off personally with Trump’s tax cuts delivering him a US$2 billion gift courtesy of American taxpayers.

Make no mistake: Trump may have been inaugurated as president, but Murdoch was never far off — always seeking to influence and ventilate Trump’s increasingly deranged worldview. Nothing can erase that fact, no matter how much Murdoch tries to dissociate himself from the outgoing president. Murdoch cannot whitewash his central role in the single most destructive presidency in US history, including to America’s critical alliance relationships.

Meanwhile, Murdoch is working on taking Australia down the same path. Sky News Australia, once dismissed as a niche outlet with a tiny viewership of right-wing nut jobs, is spreading its wings online. Its YouTube channel has 1.1 million subscribers, and its content is also broadcast free-to-air across 30 regional markets in every state and territory.

If you watched Sky News’ coverage of last week’s siege of the Capitol, it hit the same overall themes as Fox News: namely, that although violence is, of course, to be condemned, let’s be honest, it’s the fault of the meddling elites who refused to hear the truth about Trump’s fraudulent electoral defeat.

In Murdoch’s hands, Sky News represents a dangerous tool able to amplify the power of his print monopoly. He will use it to further radicalise the Liberal and National Party base and increase his capacity to guide future preselections and leadership contests. The Coalition is at risk of becoming a fully captured subsidiary of the Murdoch organisation as he pushes them further and further to the far right.

The Liberals would do well to learn the lessons of the Republicans, who were so intoxicated by Fox News’ short-term political usefulness that they didn’t care if it radicalised their base. Over time these voters became detached from long-standing Republican values and slid into a culture of grievance, “all government is evil”, ethnic tribalism, identity politics, and the conspiratorial world of QAnon. 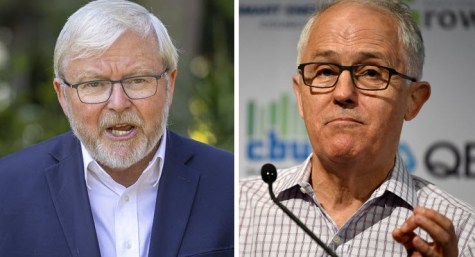 The core problem in this country is that the political class, and most journalists, are too frightened to engage in a full and frank debate about the issue. In public life, Murdoch is he who shall not be named.

This is partly why more than 500,000 Australians signed a national petition last year calling on the parliament to establish a Murdoch royal commission, which would gather evidence and make recommendations at arm’s length from politicians who are too vulnerable to Murdoch’s wrath.

Off the back of that petition, the Senate will soon begin conducting hearings — an inquiry that, as of Tuesday, is still accepting submissions.

I am separately urging Australians to join me in taking direct action against Murdoch’s cash cow in Australia, realestate.com.au, by pledging to say no to its services until News Corp ceases its climate change vandalism.

More than 5000 Australians have already joined me in that pledge. The numbers are growing fast.

This year will be crucial in the campaign to establish a Murdoch royal commission to preserve our democracy by tackling monopolies wherever they exist in our news media. Australians observing what has happened in America have detected the whiff of gunpowder, and they haven’t a moment to lose.

For more on how Murdoch helped give us Trump, go here. 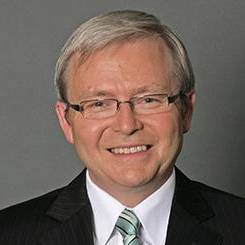 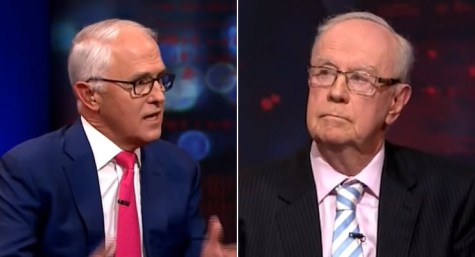 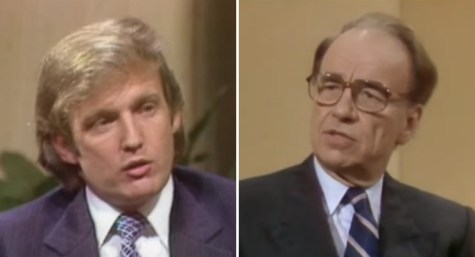 K.Rudd once again nailed it. Whilst Murdoch and his right wing ideologies are being broadcast by his lackeys and sychophants he is a dangerous force
None od his lackeys in media are free thinking nor have 1 living brain cell between them.
K. Rudd has issues with Murdoch as do AT LEAST half a milluon other Australians.

Sorry, Kevin, QAnon is already here and well ensconced. Its name is slightly different, QLand, but the outcome is the same. Baseless fear, rabid statements from deluded and quite seriously misguided (if not ill) politicians and policy madness.

Quack Anons is what I call them.

Dig deep enough and you will find that this organisation is linked to Morrison through family friendship.

No need to dig too deeply, a light scrape with a trowel would suffice.

QLand? I think you mean NSW. Gladys Feralbinchicken’s experiments in COVID control, criticizing other States (while refusing to accept criticism herself) and the usual business-as-usual corruption are well entrenched there.

Fair point, and I’m from NSW.

Sounds all too true. That bloody photo on the top, with Scummo the grinning schoolboy still drives me insane.

I was painting my walls grey, I suddenly noticed that one are dried quicker than others as my lap top was facing that wall and MORRISONS image seemed to make it dry faster.
Was walking around earlier exposing the rest of walls to his image.
True that saying that scary things makes paint dry quicker!

KRudd, once again on the (hand)ball, figuratively speaking.

Murdoch needs to go. I was a proud contributor of the half a million petition to have a royal commission into MSM but felt very bitterly disappointed and exasperated the Government would only take it into consideration.

A movement this big can only be sustained and resisted for so long before the cracks burst and all hell breaks loose on the rabid mob of mafia thugs. KRudd here is doing his job, and we all are doing ours to support him.

Our pathetic Deputy PM, Michael McCormack, is today suggesting “facts can be contentious”. No doubt “alternative facts” will now be put forward by the Morrison government & Murdoch’s media. The sooner Murdoch, his media & his loyal LNP lackeys are hobbled the better for sanity & the world.

Between Morrison and McCormack, the Australian Fed Govt. is managing to p*ss off both China and the US..A real couple of cookie cutter political clowns, to the detriment of the country, both domestically & internationally..

The tragedy is that he is a dumb persons idea of someone smart – ie gNat voters.
It could be something to do with the chemical run-off from the fields in the drinking water.
It kills insects so why not gNats?

McCormick obviously doesn’t understand that the interpretation of ‘facts’ may be contentious but if the ‘facts’ are contentious then they aren’t ‘facts ‘.