The Victoria Cross winner has the staunch backing of his boss Kerry Stokes, but Nine is not backing down. Will it come back to haunt him?

One of the truisms of defamation actions is to avoid getting into court if there are skeletons in the closet.

In those circumstances, the best advice is generally to not sue because the process is expensive and intrusive and can destroy reputations, particularly if the media organisation decides to take you on by pleading a truth defence.

Actor Geoffrey Rush won his defamation battle against News Corp, but if he had his time again he probably wouldn’t have prosecuted the fight given the mud that was thrown.

While there is still a fair way to run, the decision of Victoria Cross winner and alleged Afghanistan bad boy Ben Roberts-Smith to launch defamation proceedings against Fairfax/Nine may end up being one he regrets. 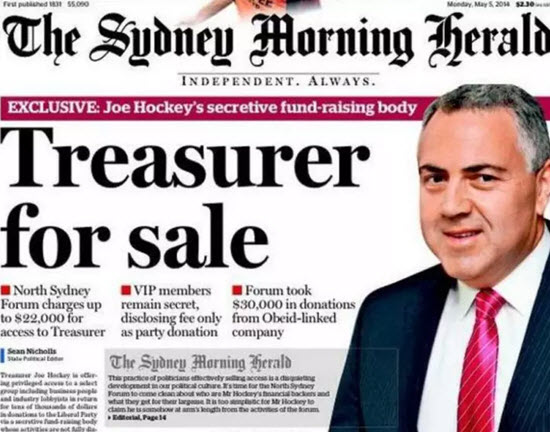 What are Ben Roberts-Smith’s chances against Fairfax?

As Crown Resorts discovered last year, it is generally not wise to take on Nine’s Nick McKenzie, the best investigative journalist Australia has produced in the past 15 years.

Given that McKenzie is working on the Ben Roberts-Smith Afghanistan stories with Chris Masters, the finest investigative journalist of the 1980s (remember “The Moonlight State” on Four Corners which triggered the Fitzgerald inquiry?) and both are being backed by Nine in a truth defence, it does seem curious why billionaire Kerry Stokes is helping privately fund the Roberts-Smith defamation action.

Journalist Aaron Patrick, who is known to be close to Seven after running supportive coverage during the Amber Harrison saga, produced a feature about Nine’s battle with Roberts-Smith for the AFR over the new year which was dubbed the “defamation battle of the decade”.

It failed to pin Stokes for his arguably inappropriate involvement in helping fund the case by personally lending his Seven West Media employee up to $1.9 million secured against his military medals.

Should one of Australia’s biggest employers of journalists personally fund a defamation action by a controversial figure against rival journalists? What sort of message does that send on the free speech front?

Patrick also missed the recent development that Roberts-Smith was no longer in a relationship with his defamation lawyer Monica Allen, a contentious arrangement from both an ethical perspective and also because the defamation case involves contested claims of domestic violence related to an earlier Roberts-Smith relationship.

Monica Allen works for solicitor Mark O’Brien who is simultaneously acting for Roberts-Smith and Stokes on these matters and has profited nicely in recent years specialising in suing Fairfax/Nine.

The situation with Allen has become more complicated because, as the Daily Mail reported today, Roberts-Smith is now in a relationship with Sarah Matulin, a marketing executive he worked with at Seven West Media in Brisbane until her departure in December.

Matulin is listed here as a “senior campaign strategist” at Queensland-based Ruby Communications. Roberts-Smith took her to Perth for Christmas with his family.

Ironically, Allen’s website profile includes the line that she “provides ongoing pre-publication advice to the Daily Mail Australia”. Presumably she declared a conflict on that one and wasn’t involved in vetting today’s story.

The in-house relationship with Matulin would have been a good opportunity for Stokes and Roberts-Smith to mutually agree that now was the appropriate time to end his six-year stint as general manager of Seven West Media’s Queensland operations.

Instead, as so often happens, it was the woman in the workplace relationship who left the company, not unlike the Hugh Marks situation at Nine.

Seven and Stokes have form when it comes to aggressively standing by their men. When Seven’s former chief executive Tim Worner had a messy relationship with employee Amber Harrison, it was Harrison who departed the company and later faced a blizzard of litigation.

Worner survived for another 20 months after news of the Harrison affair first broke.

Independent Seven West Media director Sheila McGregor was so unimpressed with Worner’s behaviour and the board’s failure to properly censure him that she resigned from the board three years ago, coinciding with the tabling of an independent report by law firm Allens, which she had pushed for.

It would be interesting to know what the independent directors and female employees of Seven West Media think about Stokes deciding to both privately and, through the public company he controls, back Ben Roberts-Smith so heavily.

Only two of the nine Seven West Media directors are female and it is an identical ratio at parent company Seven Group Holdings.

The Australian Shareholders’ Association has a policy that at least 30% of directors should be female and Stokes, an old school business figure who turned 80 last September, continues to be in breach of this.