Good morning, early birds. Report into Australian war crimes in Afghanistan found “credible information to substantiate 23 incidents of alleged unlawful killing of 39 people by 25 Australian Special Forces personnel", and has prompted a number of major responses. It's the news you need to know, with Chris Woods.

As The Mandarin explains, the report also discloses separate allegations that ADF members “cruelly treated” people who were under their control and not classified as existing combatants during periods of time outside “the heat of battle”.

Two of the more horrific, systemic findings involved soldiers carrying “throwdowns” — foreign weapons or equipment such as pistols, hand-held radios and grenades — “to be placed with the bodies of ‘enemy killed in action’ for the purposes of site exploitation photography”, and what Campbell calls an “appalling practice known as blooding” where soldiers were instructed to shoot a prisoner in order to achieve their first kill.

Brereton investigated 57 allegations and made 143 recommendations in his report — including for the referral of 36 incidents to the Australian Federal Police and compensation of victims’ families — all of which have been accepted.

The release of  Brereton’s war crimes report has seen a number of major responses, including but not limited to:

Victoria has implemented a 48-hour hard border to South Australia starting from midnight last night, with the ABC noting that all truck drivers entering from the state will be asked to be tested.

Meanwhile, 7News reports that COVID-19 fragments were found in wastewater in regional Victorian cities Benalla and Portland, even as Victoria recorded its 20th day of zero cases and deaths.

In a welcome if belated acknowledgement of the risks of using casualised labour for high-risk work, the ABC reports that Victoria’s new hotel quarantine program will directly employ staff and do advance contact tracing.

Finally, the ABC reports that the NSW government made the snap decision yesterday to dump the koala protection bill that threatened to blow up the state Coalition.

The decision was made after Liberal MP Catherine Cusack crossed the floor to vote with Labor, the Greens, the Animal Justice Party, and Independent Justin Field and successfully send the bill to a parliamentary inquiry.

Apparently, rather than suffer that ignominy, the Berejiklian government has just dropped the bill altogether. Which is a win for Nationals Leader John Barilaro, and a loss for koalas who, with no new protections, are now still on track to be extinct in the state by 2050.

It would be a tragedy if Australians were to see our nation’s involvement in Afghanistan solely through the prism of these allegations.

While acknowledging that allegations in the Brereton report are “simply appalling”, the Deputy Labor Leader spends roughly one third of his response justifying Australia’s invasion of Afghanistan.

“A homemade wooden ramp running alongside a barbed-wire fence leads to the two caravans Jay White calls home. It’s not an ideal living situation for anyone, let alone for someone in a wheelchair.

“White has paid one company almost $5000 from his National Disability Insurance Scheme (NDIS) funding to help him organise modifications to make his home more accessible. But nothing has been done.”

“Rupert Murdoch continued his long and shameless record of suppressing shareholder participation and debate at this morning’s News Corp AGM when his company secretary abruptly terminated the virtual meeting after just 26 minutes when there were still numerous unanswered written questions.”

“You’ve probably never heard of Nicholas Smith. But yesterday the hitherto unknown Melbourne blogger became suddenly and briefly famous, thrust into the national spotlight via a hit piece in The Australian on the record-breaking Rudd/Turnbull-backed petition for a royal commission into the power of the Murdoch media.”

Pompeo makes visit to West Bank settlement, says products from there can be labelled ‘Made in Israel’

‘Rock-star hubris’ and a warrior culture. What went wrong in Afghanistan? — Chris Masters and Nick McKenzie (The Sydney Morning Herald): “Even to insiders the numbers came as the biggest surprise: Twenty three incidents in which one or more non-combatants were unlawfully killed, 39 individual Afghan victims of what were effectively summary executions as distinct from “heat of battle” misjudgments. And a total of 25 current or former defence personnel as perpetrators, with 19 individuals referred to the Australian Federal Police for prospective prosecution.”

War crimes report: Vital light must not cast a shadow ($) — Amanda Hodge (The Australian): “There are wars that end in clear victory or defeat and then there is Australia’s experience in Afghanistan, the so-called graveyard of empires, though in reality more a nation of weary warriors caught in an almost endless loop of bitter conflicts.”

Pompeo’s West Bank trip would be unthinkable for any other US Secretary of State. But not him — Oren Liebermann, Jennifer Hansler and Kylie Atwood (CNN): “Secretary of State Mike Pompeo’s visit to Psagot on Thursday marked the first time a top American diplomat has visited a settlement in the West Bank, considered illegal under international law. For any other Secretary of State, this move would have been unprecedented, breaking with decades of US foreign policy and ignoring UN Security Council resolutions.” 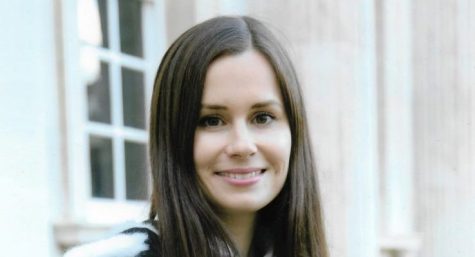 Meme me up, Scotty 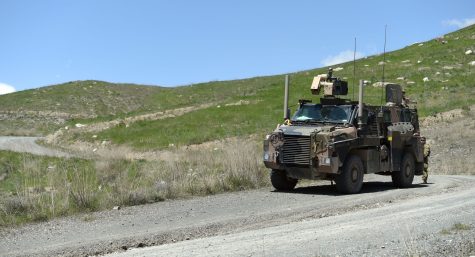 So this is what it has come to?

The question – ‘Why is it the case, our elite were tasked over and over again as opposed to the use of our regular army?’ – Not asked.

The question – ‘Why did John Howard and the then Liberal Government agree to send our troops into this doomed scenario in the first place?’ – Not asked.

The question – ‘How is it possible the people of the United States would allow themselves to be duped by the Bush administration to pursue this ‘dog with fleas’ war in Afghanistan and Iraq?’ – Not asked.

This folly, this mass donation to the military industrial complex and the millions that have died since, has misdirected our cause from addressing the real threats military and other real world threats we have to face, yet that and the other important questions, – not asked.

Instead, we wish to narrow our focus on less than 30 individuals of the SAS and pin all the blame on them. It’s a political crucifixion in the hope of assuaging our collective sins and an absolute disgrace.

Yeah, there are some bad seeds but don’t be fooled, they are the foot soldiers of this atrocity, not the real war criminals. The real criminals enjoy status, wealth, title and protection. There will be no Nuremberg trial for them.

I must respectfully question the assertion that senior officers did not know of activities of the lower ranks soldiers. It is their job to know. They are recognised with a senior rank and remunerated at a senior level to know exactly what is going on (that is workplace 101). Either they knew and were complicit in the ‘blooding’ strategy to murder or the assertion is correct, in which case they are incompetent for allowing a systematic program of this nature to flourish unchecked. Either way as a taxpayer, I want to see the chain of command reviewed and the people in question held to equal account (as the soldiers identified as the actual shooters). I would also expect an investigation into the killing of Australian soldiers by ‘friendly’ Afghan soldiers (co-located with our troops). Is it possible this was simply a reaction to the murders witnessed (known about) by the local Afghan men? An investigation may uncover a link between the murders our troops committed and the subsequent (possibly avoidable) murders of our soldiers. I cannot hope to understand the immense strain and psychological harm of armed conflict but I know the importance of positive culture and national pride and these are both casualties under the current regime. Finally while listening to/ watching all the interviews yesterday on ABC I was left waiting for Lynda Reynolds Minister for Defence to comment….did I miss it or did ABC only carry the observations of male commentators?