The great organisational theorist Northcote Parkinson once noted that time spent on the debate of an issue is in inverse proportion to its consequence.

Authorising a nuclear power plant takes five minutes, because no one really knows what it should cost. The budget for tea and coffee: everyone’s got an opinion on that, and it goes for hours.

There’s something of that in the character of politics, as it oscillates between economics and culture at present. The two great scandals of the moment should be, firstly, the manner in which the Morrison government’s administration of JobKeeper through companies — rather than directly to workers — has shuttled hundreds of millions to corporate bottom lines and company profits.

Secondly, there’s the robodebt catastrophe, in which the legal rights of hundreds of thousands were trashed in a criminally negligent process applied to them by the very fact of being poor and dependent, resulting in a harvest of misery, torment, premature death, self-harm and suicide so vast that it’s difficult to contemplate. 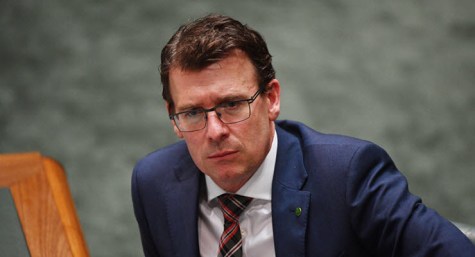 But all of this was distracted from fairly easily, first by the petty Australia Post Cartier watch scandal, and then by a week and more of furore over the Four Corners “inside Canberra” episode.

The Cartier beat-up was planned. It’s easier to outrage people about concrete gifts — a few low-end luxury watches at a pitiful $3k each — than about transfers in the eight and nine figures from government to corporation. You can just see those executives having a few glasses of champagne, strapping the swag on their wrists, with News Corp happy to shift the outrage in that direction.

But more significant still was the Four Corners brouhaha, because it didn’t need a beat up. A scandal around sex, propriety, gender? Everyone’s got views, because they have to have views on such to negotiate the business of everyday life. In an era where there are no agreed-upon general social rules, such a petty scandal feels real to us in a way that the passage of billions does not.

And let’s face it, it was a petty scandal. Was it news? Absolutely. Did it have political import? Yes, for the same reason that Barnaby’s desperate travails were news — because politicians prate about monogamous straight marriage as the keystone of a moral order, on which depends the wide arch of nation, property, self-reliance, etc etc.

The sadistic and punitive nature of robodebt was directed at those who had become dependent on the state. But that wasn’t the angle that Four Corners led with, although it gestured to it.

Instead, it became a story of gender politics in the most intimate sense; not the potential breaches of employment law, and the political hypocrisies, but whether Alan Tudge bullied an employee/girlfriend into wearing a red dress, or Christian Porter went on chundery pub crawls as a student.

Four Corners didn’t have a story worthy of a Four Corners episode, and so it became about the general state of gender relations, and the breach of a party-specific “bonk ban” with no status in law. The broadcast hour filled out with a Mills and Boonish story of a boss/lover who sapped her confidence, autonomy, etc.

With that angle taken, these two ministers in Morrison’s government were to be judged not for robodebt, indigenous incarceration, sadistic mandatory detention, etc, but for the sad feels they caused on their workplace lovers, two staffers whose job was to buttress and support these policies, and who suddenly, somehow, became both victims and heroes in a progressive politics. They had the agency to help oppress the poor, the powerless, but that agency disappeared when under the overpowering romantic sway of a man named Alan Tudge.

How the hell did that happen? Simple. The angle of inquiry was the default setting of a certain, and currently dominant, type of feminism: the interests of professional-class white women, and their priority status as victim, with their class-power simply deducted from the equation. That was what many people, especially a progressive audience, could latch onto, and identify with. And that is what the issue became.

It was then inevitable that it would connect to surveillance and carceral feminism, with the suggestion that office relationship bans become generalised and a matter of law, and that the innards of a workplace relationship — not whether unfairness or discrimination occurred, but “how he made me feel” — are joined to wider notions of coercive control.

This is the leitmotif of the culture wars in our time. The issues that many progressives and leftists thought might be pathways to a greater radicalism are instead supplanting it, as the interests of professionals and the knowledge class fill out the spectrum, and the powerless — the nameless and faceless thousands crushed by robodebt — are crowded out of the picture.

No, it’s not all Four Corners‘ fault, far from it. These substituted pseudo-scandals prosper because we have an opposition that won’t oppose the truly rotten and corrupted place Australia has become.

Admittedly, that’s not easy, because of Parkinson’s (second) law: the judgement of untold micro-social situations is the texture of our lives these days. We’re at home in it, in the way earlier generations were at home in the great politics of left and right.

Yes, the personal needed to become political. Now it threatens to become the whole of politics, with millions whose material lives have worsened decade on decade focused on the tribulations of people who, if they met, would despise them.

It’s a neat trick. Opposing it means pushing back against progressives who can’t see how it works to silence the powerless or, worse still, don’t sufficiently care. 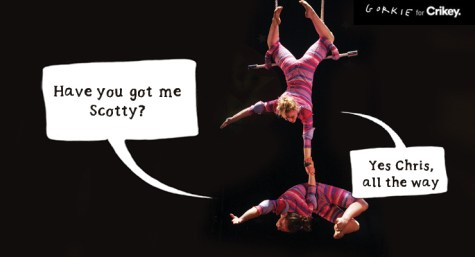 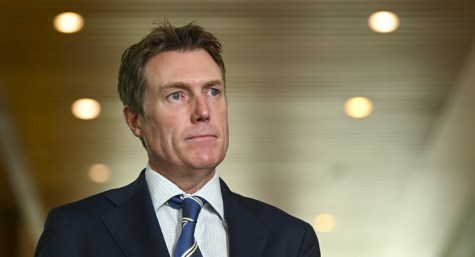 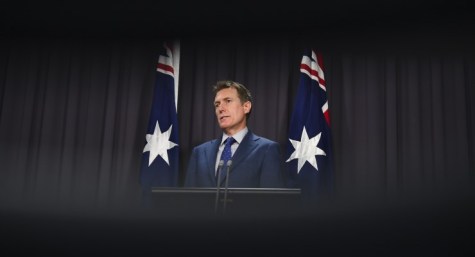 Criticism by white entitled male. Not much bias there.

Barnino
Reply to  Not a leftie

Sure he’s a privileged white male – as am I. But in a way your complaint illustrates what he’s saying. Even privileged white men are allowed to use their ‘voice’ to alert us to the truly wicked failings of our society.

Bob the builder
Reply to  Not a leftie

Draco Houston
Reply to  Not a leftie

We said Guy. It does seem that main stream media can’t build a story deeper into the mindset of the person who created, developed and implemented RoboDebt. This should be a larger crime in a society.

Michael West highlighted Porter’s obsession with secrecy in the trial of Witness K that probably was the greater story… but untouchable
In regard to Robodebt PVO claims our esteemed PM is the one common Ministerial denominator in Robodebt debacle he was in the mix for all of its life… surely that is a story along with his dismissal from Tourism Australia but heaven 66% approve of the man… yee gads.. what hope do we have….

I’m sure Guys a great writer but sometimes he’s too clever for me. No offence

I really support you admitting your inadequacies. Go you! So brave. You keep on doing you.

Surely some new outlet will run with a first hand account of a Robodebt victim. I wish the Monthly would focus some of its literary talent on this issue. We knowledge class need to get out more.

Bob the builder
Reply to  Returning from Paraguay

No, I think the terrible suffering of highly paid, highly educated Liberal staffers is far more worthy of our attention.

The knowledge class has plenty of informed, compassionate people, but that doesn’t really get the lower classes and their interests representation. As a different class you’ll always have your own issues to advance.

Asking the knowledge class as a whole to care about such things over their own issues is not going to happen, regardless of if there are individuals within the class who would happily do so.

I realize we’re all smuggling our own wheelbarrows to push. But occasionally they can contain some goods of worth, even beyond our own limited capacities..

Of course, I just want to point out those of us outside the knowledge class have to show up to our own fights too. We can’t rely on the good graces of another class for everything. Conversely, sometimes my eyes glaze over at knowledge worker issues and I won’t be on the barricades with them.

You are absolutely right that coalitions are powerful. Sometimes I feel radicals can lose sight of that. Queer politics is the best example. There might be things like the whole TERF thing but working together we have massively improved the lot of everyone in the coalition.

Didn’t more of those in the knowledge class vote for labor last year and workers went for the libs?

Are you thinking of the analysis about swings on each side of the ‘Red Rooster Line’ in Sydney? Because those swings didn’t flip every seat they occurred in.

It’s not about flipped seats, but about the demographic, who voted for whom.

There was, for a brief period – mid60 to mid 70s, the opportunity for an underclass to become a knowledge class.
Those who made it realised that the life to which they expected to ecome accustomed required a vast pool of underpaid drudges and quickly drew up the ladders they’d climded.
viz Blair & NuLabLite in Britain, Bubba Clinton is the US and Hawke, Keating & Dawkins here.
The same on the Continent but there it was neither a new phenomenon nor thought to be reprehensible.