From Hollywood Hugh Marks to Alan Tudge to Gladys Berejiklian, 2020 has been a big year for the spin doctors.

The spin doctors are in overdrive this morning, from the Hollywood Hugh saga at Nine, to the Alan Tudge mea culpa, to the attempts to pardon Crown Casinos even before the verdict is handed down.

Pity most of it is so ludicrous. Not to mention obscene.

Let’s start with the Hugh Marks scandal, despite the fact that many readers have noted that most of the public had never heard of him before he was forced out of Nine for inappropriate relationships with staff.

Sure, being CEO of a major media company inevitably invites attention from the media itself, but this story has also muddied the waters on the whole issue of bonking bans, consensual relations between employees and management, politicians’ double standards, women’s rights, you name it.

So after a weekend of dramatic developments with Marks dumped by the Nine board and then giving numerous personal and emotional interviews to his own reporters, it was time for the other side of the story. 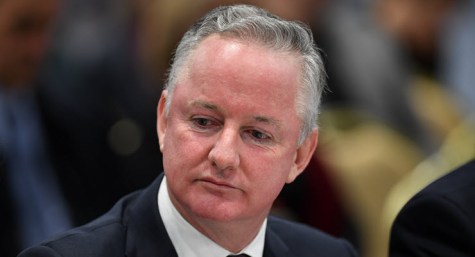 His new love interest, former Nine executive Alexi Baker, decided she would speak to The Australian. You know, The Australian, part of News Corp, which has been hounding Marks for months over his messy private life.

No hard feelings then.

In the gushing profile under the headline “the truth about Hollywood Hugh and me”, Baker goes to extraordinary efforts to portray a rosy picture of life with her and Hugh (no babies yet) while providing a very detailed timeline on their affair and disclosures to the board — perhaps to protect Marks’ reported $2 million bonus.

It’s not clear whether Baker’s interview with the enemy is payback for the Nine board’s lack of support for her boyfriend, or just what happens when you follow the lead of Barnaby Joyce’s partner Vikki Campion, who ended up actually working for the same Daily Tele who so outraged the pair by breaking news of their affair and her pregnancy.

Meanwhile Gladys Berejiklian continues her nauseating PR offensive after her affair with dodgy Daryl Maguire was exposed at the NSW Independent Commission Against Corruption. 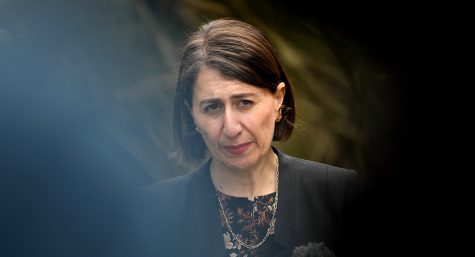 This week the very private premier is plastered over the cover of local suburban rag The Wentworth Courier, continuing her poor Gladys narrative which doesn’t quite fit with the new zero-tolerance attitude to secret affairs with co-workers.

Pollie waffle and spin was on full display too in the case of Alan Tudge, who just sent his voters a Facebook apology for his illicit affair and then vowed to recontest the next election.

The effort at damage control was somewhat muted by the news yesterday that his former lover Rachelle Miller had turned up for a new job only to find the defence contractor was having second thoughts because of all the negative media attention she had garnered by going public with her affair on Four Corners.

Cue outrage over double standards for women, not to mention for staffers, given that even the most incompetent, useless, imbecilic ex-politician can walk straight into a job with any defence contractor.

The final spin award is for a rare public scandal that didn’t involve illicit affairs of a sexual nature — although there are still plenty of people getting screwed.

For sheer chutzpah, the winner yesterday is barrister Neil Young QC, for his closing arguments to the NSW inquiry into Crown’s fitness to hold a casino licence.

In comments that seemed to bear no resemblance to the damning and disgraceful evidence presented over the past months, he claimed that the litany of criminal allegations and corporate malfeasance were just “honest mistakes”; that the company had recognised the error of its ways and that it was time to move on.

This led to one incredible headline: “Crown has learned its lesson”.

Can you keep up with the spin? Who do you think wins the award for spinning a scandal this year? Let us know your thoughts by writing to letters@crikey.com.au. Please include your full name to be considered for publication in Crikey’s Your Say column. 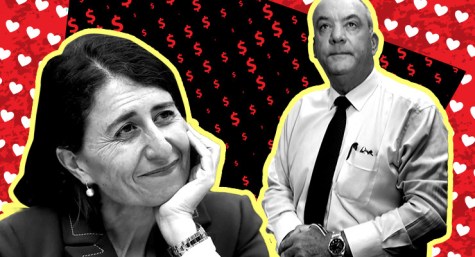 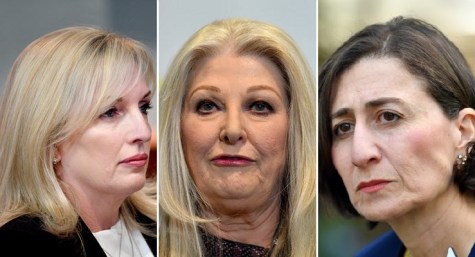 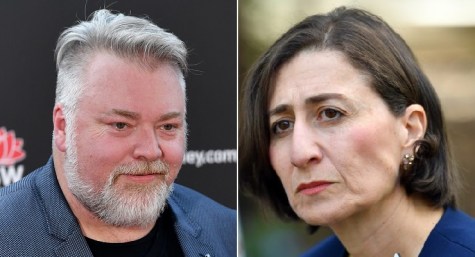 Scott Morrison and his mates….oh we all sick of his deflection.of any scandal… nothing to see here.cabinet secrecy…lies.lies…and sports wort.
It’s a worry…shades of authoritative gov..

But but but…..Scottie still accrues sky high approval ratings in surveys. His 100 or so spin doctors have certainly earned their Xmas bonuses and a bottle of Grange to to the editor of the Australian would certainly be in order.

Surely the Scomo Sunscreen app – the ‘ticket to a safe Australia’ – must rate as the Spin King of 2020. Yet another ‘nothing to see here’ message lulling the country into that comatose false sense of security – I am your Daddy mantra. Refer Bushfires response – more Barbie Dad talk. Not enough hose holding.

Scott Morrison hands-down.
But I am loath to nominate which one of his utterings.
Perhaps his joint presser with Peter Dutton, where the “I-will-not-have-my-staff-besmirched” comment from Dutton, neatly deflected Andrew Probyn’s point, that ABF Bio-Sec staff had mis-read Virus testing on the passengers of the Ruby Princess, saying: “No Covid-19 here … disembark.” This, when Covid-19 was not tested for, not mentioned in the test results.The pathology results should NOT have even been in his hands, as he was an unqualified grunt. Only a doctor or a Registered Nurse was qualified to release those passengers, but they were excluded from that opportunity, for reasons unknown.

Probyn was then cut off by the PM from pursuing the issue.
It was NOT NSW Health’s decision, but they copped culpability in the absence of Bio-Sec staff appearing for questioning at the Walker SC Inquiry.

Don’t you sometimes feel like self-harming when you see this blatantm damage control?

Bullsh#t.spin.repeat….there’s not even rinse cycle..although it does start to stink up the place after a while..

My fury with all the BS can’t keep up – I’m exhausted.